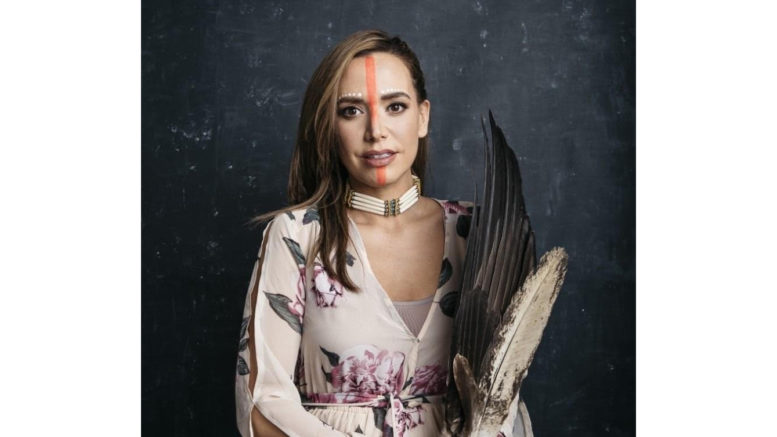 April Wiberg shared her story with the Alberta Task Force on Human Trafficking to help shine a light on the serious threat of trafficking and exploitation.

(ANNews) – The Alberta government has accepted the final report of the Human Trafficking Task Force and its  recommendations to better protect vulnerable people.

The Alberta Human Trafficking Task Force engaged with nearly 100 experts and survivors as part of recommending to government how to stop human trafficking and support survivors.

The five recommendations contain 19 calls to action. The government has accepted nearly all of these in principle and is already moving forward on several priorities, such as establishing an Office for Combatting Human Trafficking. The new office will be key to coordinating Alberta’s work on this important issue.

“I want people to know they don’t have to suffer alone, and to encourage them to step out of the shadows, shine a light on the very real and serious threat of exploitation and trafficking, and begin their healing journeys.”

“Through the work of the task force, we heard powerful stories from survivors. We heard how being sexually exploited and trafficked is like dying inside, and how hard it is to piece yourself back together to be reborn,” said Heather Forsyth, a member of the Human Trafficking Task Force.

“Today, and moving forward, we will make a difference for survivors and those being trafficked – whether it’s human trafficking, labour trafficking or organ trafficking.”

Whitney Issik, Associate Minister of Status of Women said, “Human trafficking is an increasingly serious issue around the world, so I am thankful that our government is taking action.”

The announcement tells survivors that we’re on their side and are working to ensure that no one else has to endure the physical, financial and emotional abuse they’ve experienced, she added.

“Alberta’s government is committed to taking action against human trafficking. By implementing our platform’s Action Plan to Combat Human Trafficking and now the task force’s recommendations, we are supporting victims, targeting traffickers and preventing this modern form of slavery from taking root in our province,” said Jason Kenney, Premier of Alberta.

Tyler Shandro, Minister of Justice and Alberta Solicitor General thanked the task force members for their hard work in developing a workable guide that our province can use to take action on this crime that targets vulnerable people.

“Children’s Services is proud to support the work of the Human Trafficking Task Force and to uphold the safety, freedom and dignity of all Albertans,” said Rebecca Schulz, Minister of Children’s Services. “We need to take tangible steps to protect those most vulnerable, especially children, from the horrific impacts of human trafficking.”

The Alberta government has also developed an online e-learning course that is available for police-based victim service units and specialized community-based victim-serving organizations. Training is also being put together for other front-line workers and groups like judges and prosecutors, as are resources for the public so they too can have the knowledge and tools to help end human trafficking in Alberta.

“Stewarding this learning has been a profound and sacred privilege. Hearing the accounts of trauma, dehumanization, abuse and exploitation changed us. It is difficult to comprehend the depravity of this crime,” said Paul Brandt, chair, Human Trafficking Task Force.

Kate Quinn, executive director, Centre to End All Sexual Exploitation praised the diligent work of the task force. “This is the only way to reduce human trafficking in Alberta,” she said.

“I am so pleased to reach this pivotal moment in Alberta. Collaborative action to move these recommendations into reality will make a key difference in the lives of those who are suffering.”

Theresa Jenkins, executive director of the RESET Society of Calgary agreed. “RESET has been on the front line in Calgary fighting this societal issue for over 30 years,” she said. “We pride ourselves on the evolution of our program to deliver individualized, wraparound support that is led and informed by survivors, built on trust, and therefore for the survivor’s entire life.”

Work is underway on developing the Office for Combatting Human Trafficking, with an update expected later this year.

The Human Trafficking Task Force recommendations include: Creation of an Alberta office to combat trafficking in persons; Prioritized/enhanced access to services for victims, survivors and those at risk of being trafficked; Universally branded and consistent awareness, education and training programs and protocols; Human trafficking specific legislative action, update and harmonization; Enhanced, centralized data collection and research.