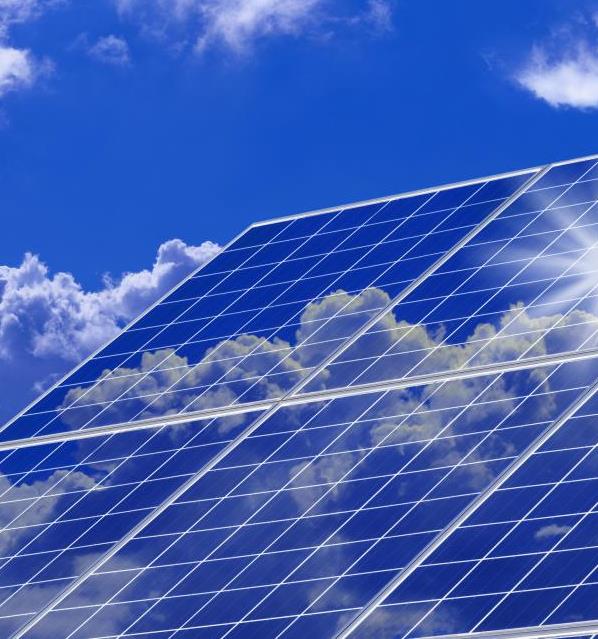 (ANNews) – Solar energy has long been touted as the power source of the future and if the work being done in the past couple of years by companies, individuals and governments is any indication that future is now.

Numerous energy companies are already producing solar power in North America and during the last three years a growing number of western Canada’s Indigenous communities have joined the solar movement and are taking a lead role when it comes to the implementing this relatively new energy source. And that’s good news, especially in light of the fact that the Calgary-based Pembina Institute said the scenario for solar energy in Alberta is “almost too perfect” and that it is lining up “amazingly well with our new summer-peaking regions.” Pembina says that solar energy will also produce the most where we need it – that the sunniest places in Alberta are the ones with the highest air conditioning use and agricultural/irrigation electricity demand in the summer.”

The alignment between demand and output, noted the Institute, “can mean smoother system operation and lower costs to produce and deliver energy; lowering the overall peak (demand) can mean major savings.”

During its more than 40 years of rule in Alberta the ousted Conservative government seldom dealt good cards to the province’s Indigenous communities but not so with Rachel Notley’s NDP. They’ve stepped up to the plate since Day One and in October this year they delivered more good news with the launching of two small renewable energy pilot projects for First Nations and Métis communities, followed with the introduction of the Climate Leadership Program, an initiative that creates “an historic new strategy on climate change.”

The Climate Leadership Plan is expected to pave a “better course for Alberta’s economic future; by reinvesting carbon revenue back into communities, we are helping to diversify our economy, save energy and reduce greenhouse gas emissions.”

The endorsement of renewable solar energy by the Alberta government has introduced the Alberta Indigenous Solar Program (AISP) a pilot program that will provide grants to Alberta Indigenous communities or organizations to install solar photovoltaic (PV) systems on facilities owned by the community or organization. The program will support solar power projects that assist in increasing Indigenous participation in Climate Leadership initiatives that reduce community greenhouse gas (GHG) emissions; the transition to a lower carbon economy; creating more sustainable community energy generation and equipping Indigenous communities with information to support them in investing in solar energy infrastructure.

Together, AISP and the Alberta Indigenous Community Energy Program (AICEP) will contribute $2.5 million for First Nations and Metis Settlements to undertake renewable energy projects and energy efficiency audits in their communities. AISP will provide grants of up to $200,000 per project to First Nations, Metis Settlements and Indigenous organizations, with the funds being used to install solar panels on buildings (offices, medical centres, schools and more) owned by communities or organizations. AICEP will help First Nations and Metis Settlements reduce emissions and save on energy costs through community energy audits funded to a maximum of $90,000.

October 5th was the deadline to apply for initial funding but that deadline will continue until the funding dollars have been exhausted.

“Indigenous communities are at the front lines of climate change and want to be part of the solution,” stated Minister of Indigenous Relations, Richard Feehan. “These programs will help Indigenous organizations and communities reduce their emissions and energy bills while creating good jobs and a healthier, more diversified energy economy.”

Shannon Phillips, Alberta’s Minister of Environment and Parks said that the province’s Climate Leadership Plan “will make our economy greener, more diversified and more sustainable for future generations. To succeed in this and grow a provincial energy sector that includes renewables, we must ensure Indigenous communities have the capacity to participate in the process. These two programs are an important first step towards achieving these goals.”

Solar energy has been the talk-of-the-town for a few years now and several communities are already drawing power from the sun. The Montana First Nation at Maskwacis founded the first Aboriginal-owned solar company in Canada last year when it created the Green Arrow Renewable Energy Corp. Now in a position to capitalize on newly introduced programs and funding initiatives the Nation is expected to soon add more offices and homes in its community to the solar grid; the pilot project already powers one home and the Montana band office.

Chief Darryl Strongman said that “being involved with solar is in line with our Elders, providing clean energy.” He said the advice of the Elders has “always been (to) protect Mother Earth” and “do not poison Mother Earth.”

Green Arrow general manager Vickie Wetchie said the company “understands the important economic and environmental value of solar projects to First Nation communities. We work with communities to assess and provide consultation on their energy needs and we look forward to these new opportunities to continue serving the community.”

Neighbouring community, the Louis Bull Tribe, made its transition to solar power early this summer with the installation of solar panels on four community buildings; more are expected to be added in the coming months. Solar panels have already been installed on the Louis Bull Health Services building as well as the Head Start Program, Adult Training Centre and the Public Works/Firehall building.

Early last fall the Athabasca Chipewyan First Nation introduced solar energy to its community when it installed panels on its youth and Elder’s lodge. The Saddle Lake Cree Nation is in the process of setting up a solar energy project that will eventually power its water treatment plant.

A new 2016 solar energy campaign was initiated earlier this year when Greenpeace Climate and Energy Campaigner Mike Hudema had solar panels installed on his home. That initiative, Solar4All was designed to demonstrate “the potential of solar installations owned by individuals, communities, farmer associations, municipalities, and First Nations and Metis settlements. The goal is to bring about a shifting in Alberta from an energy system that benefits a few, to one that benefits all.”

“The aim,” stated Hudema, “is to engage Albertans in pushing the government to put individuals, communities, First Nations and Metis settlements first as it moves towards renewables. “We’re demonstrating that small scale rooftop solar and large scale solar installations owned by communities can and should lead Alberta’s energy transition because they ensure that the financial benefits are shared with everyone.”

Keepers of the Athabasca have endorsed and are participating in the Solar4All campaign. In a press statement the organization, a consortium that includes First Nations, Metis, Inuit, environmental groups, and Watershed citizens, said that “our information tables this summer in Athabasca, Slave Lake, High Prairie, North Country Fair, and Sucker Creek Pow wow, were met with so much enthusiasm, and hundreds of signatures. Solar4All believes that everyone who wants to access solar energy should be able to do so. We think small-scale distributed solar facilities, owned by individuals, First Nations, cooperatives, and community groups, could play an important part in Alberta’s energy system and provide economic opportunity for millions of Albertans. Government can provide leadership.”

And they are. And according to the Pembina Institute that’s good news because solar power, they say, will only become even more beneficial.

What does this mean for Alberta’s solar energy opportunity?

“For solar energy,” assured the Institute, “this increasing alignment with both the timing and location of peak demand will  displace the most costly power in a system, which significantly lowers the overall price of electricity to consumers by lowering the price of all power at that time in the wholesale market. It will also mitigate the need for new electricity system distribution and transmission infrastructure, which would otherwise have to be built to meet the growing peak demand and paid for by consumers and (it will) avoid system losses by producing energy right where it’s needed. In short, it means solar will provide energy just when and where we need it most. And given clear trends, what solar offers will only become more and more important over time.”