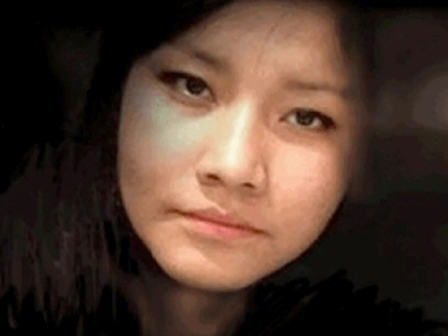 (Ottawa, ON) – Assembly of First Nations (AFN) Regional Chief for Alberta Cameron Alexis today offered his thoughts and prayers to the family of 16 year old Rinelle Harper and the community of Garden Hill First Nation as they come together to support Miss Harper who was brutally assaulted in Winnipeg on November 8.

“First and foremost, I offer my thoughts to Miss Harper and her entire family and pray for healing and recovery,” said AFN Regional Chief Cameron Alexis who leads the work of the AFN national executive in addressing and ending violence against Indigenous women and girls. “Your strength at this difficult time is a testament to the resilience of our peoples.” Parents Julie and Caesar Harper addressed media at a press conference in Winnipeg on Nov. 13, thanking the public for their best wishes and support.  Their daughter, Rinelle Harper of Garden Hill First Nation, was assaulted and left unconscious near Winnipeg’s Assiniboine River last Saturday.  Justin James Hudson, 20, and a second male, 17, are charged with attempted murder, aggravated sexual assault and sexual assault with a weapon.

“I commend all efforts by local police to ensure justice is sought, and the community of Winnipeg in coming together to show their support,” said Regional Chief Alexis.  “We must all stand together to condemn these senseless acts of violence, particularly by our own people.  We must stop hurting one another, we must end the pattern.  We have so many challenges before us, it is essential that we remain united and positive for the future of all of us – our children, our peers, our families.  This kind of senseless violence must end, and it starts with all of us.   It is an absolute requirement that our peoples have access to adequate supports to ensure that we can all remain safe and secure and prevent these kinds of horrific incidents from happening in the first place.  This is why a National Public Commission of Inquiry looking into root causes of violence and vulnerability is so urgently required, particularly at a time when three-quarters of Canadians support it.”

First Nations have long advocated for action to address long-standing risks to Indigenous women and girls, including urging a National Public Commission of Inquiry as well as advancing campaigns and a national action plan to end violence against Indigenous women and girls.  With input from First Nations across the country, AFN has contributed to a framework together with provinces and territories and is currently planning a National Roundtable on Missing and Murdered Women with provinces and territories and the federal government that will take place in February 2015.   Click here for more information about First Nation-led efforts to end violence.