Canada’s National Grand Chief has stepped down from his post as head of the Assembly of First Nations (AFN). Chiefs are meeting in Ottawa in mid-May to consider Shawn A-in-chut Atleo’s replacement and to begin a conversation about the AFN, its mandate, structure and purpose and what they intend to do to ensure that government is no longer in a position to coerce, intimidate, manipulate or control the organization or the man or woman that heads it up. 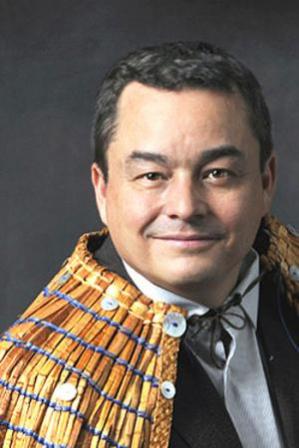 The road that led to the Grand Chief’s resignation was long and bumpy and filled with potholes. Since first taking over the helm of the AFN, Chief Atleo has had the respect and support of many of  Canada’s 620 First Nations leaders, but he has had his share of detractors as well, Chiefs who said he was far too close to the Prime Minister and blinded to the fact that since taking office back in 2005 Harper has seemingly gone out of his way to cause dissension among the ranks within Canada’s Indigenous communities.

When the feds released the document, “A Proposal for a Bill on First Nation Education” last fall it was met with outrage and criticism, a stance taken when the ruling Conservatives gave notice that First Nations would have just four months to provide feedback on the new proposal. Union of Ontario Chief’s Grand Council Chief Patrick Madahbee said the proposed Act “is about control and false accountability… a colonial document that makes no attempt to close the gap on inequality in education.” He went on to accuse Ottawa of trying to “cloak its arbitrary methods by referring to them as ‘reform’ of First Nations education,” noting that the only reform needed is “to ensure First Nations students have access to the same quality of education as other students in Canada.”

Some Chiefs went even further, some said little, but the general consensus was that the federal government was trying to implement the proposed changes without consulting First Nations leaders. The bottom line at the time was that at least five items in the proposal needed changing; these included stable funding, fair and meaningful consultation, protection of languages and cultures, First Nations control over First Nations education and a guarantee that proper oversight of the new education system would be put in place.

Canada’s Chiefs passed a resolution giving Atleo a mandate to consult with government, allowing him to proceed with talks and attempts to amend the proposal and to reshape it into a deal that would be acceptable. Two months later, confident that the government had succeeded in making the changes necessary to attain First Nations approval, Atleo joined Stephen Harper at a press conference on the Kainai First Nation in southern Alberta to endorse the agreement, even making a big deal about government promises to add almost $2 billion into the funding of on-reserve education.

That move proved to be the straw that broke the camel’s back. No matter that he was the right man    for the job, no matter that he put his heart and soul and honest effort into reforming Aboriginal  education, no matter that he sought equity and worked in earnest to guarantee quality and equality  for First Nations across the land, he made one fatal mistake; he believed the Prime Minister was sincere. He went to southern Alberta and voiced his approval on the changes that had been made to the education proposal and lauded Harper for the “sincere and constructive effort” he had made in revamping the government’s position. But he did it without going back to the Chiefs, without seeking their endorsement to the changes. As it turns out the naysayers to the deal remain steadfast in their belief  that the federal government, under Harper’s thumb, has no intention of relinquishing its control of First Nation education.

Chief Madahbee said he thinks that Chief Atleo, “in his zealousness to do something, got sucked in by Harper’s strategy.” He said that the role of the national Grand Chief has never been one that allows him or her to make decisions and approve deals, at least not without the consent of the majority of Chiefs.

Former Liberal leader Bob Rae, who has negotiated for First Nations in Ontario when it comes to resource development on Aboriginal traditional land, says the deal fell apart because unlike the Prime Minister, Chief Atleo doesn’t have the mandate to act on his own.

“I think the Prime Minister is someone who is comfortable dealing with one person, one CEO to another CEO, but the fact is that no national Chief has that kind of authority.”

Consultation and accommodation is often at the forefront of issues facing Aboriginal Canadians; it is somewhat surprising that with this knowledge Mr. Atleo didn’t, couldn’t or wouldn’t talk to Canada’s Chiefs before telling Canadians that he favoured the changes in the proposal that PM Harper brought to the table. He seemed to have put aside the knowledge that since coming to power in 2005 the Prime Minister has done just about everything except cooperate with First Nations. This government has broken promises, introduced legislation that affects Aboriginal peoples and communities, completely ignored the Kelowna Accord, despite its very important recommendations, cut much needed funding dollars from viable and necessary youth programs, approved industrial growth and endorsed resource development  and commercial projects in Aboriginal territory knowing all too well what the environmental experts and scientists say about industrial pollutants and the consequences to both human health and environmental wellbeing. 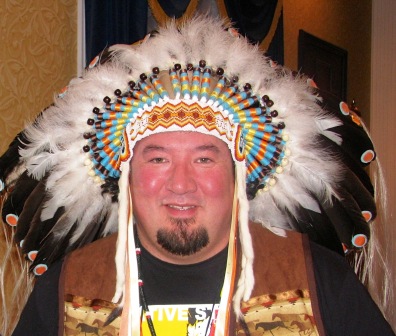 Grand Chief of the Assembly of Manitoba Chiefs, Derek Nepinak

The Grand Chief of the Assembly of Manitoba Chiefs, Derek Nepinak said that despite government promises and insinuations, the feds have never had any plans to give up control of First Nations education.

“I believe this bill is tarnished by the same thinking that gave way to the residential school system,” he stated. “Bill C-33 is not about our control of education. It is a broad discretion granted to the minister to appoint intervention mechanisms. It is about delegated and limited participation in advisory committees. It is about limited participation in the administration of education. We already have that. This bill offends the treaty relationship and we must reject it. As a treaty person with children in our education system, I will say that the birthright of my children cannot be negotiated away from a conference floor in Ottawa after a short discussion and a pre-negotiated resolution.”

Onion Lake First Nation Chief Wallace Fox called the proposed bill “a farce,” and noted that  “speaking  on behalf of the people in our community and those in Treaty 6 territory I say there is    no such thing as  First Nation controlled education, when the minister has the ultimate control.  Once again, it is the  federal government dictating arbitrarily to good little Indians that we know  what is best for you…We  have the inherent right to educate our own children (and) we always    have. We never relinquished that.”

When Chief Atleo resigned his position on May 1, 2014  he said he was stepping down because he didn’t want to interfere or be an obstacle standing in the way of progress.

“I have stated clear priority on the recognition of Treaty, of Indigenous rights and title, on the safety and security of our most vulnerable, and I have also made my priority on education for our kids plainly clear,” he stated. “I have said it is OUR TIME as Indigenous peoples, that we must smash the status quo and that my job is as an advocate to open doors for First Nations to drive change. It is on this basis that we have worked very hard to achieve a new conversation between Canada and First Nations – a conversation grounded in recognition, respect and ultimately reconciliation, and to reach a realization that stronger First Nations are vital for a stronger Canada. This work is too important and I am not prepared to be an obstacle to it or a lightening rod distracting from the kids and their potential.  I am therefore, today resigning as National Chief.”

A man of action, Chief Atleo is also a man committed to First Nations education and First Nations rights, a man whose heart is in the right place, the right man to tackle education and other issues and the right man to lead Canada’s Indigenous peoples into the future. Unfortunately, despite being a learned leader and an educated man, he broke the two first commandments: consult with those who elected you and don’t presume to trust a Prime Minister who makes promises he seldom keeps.