(Ottawa, ON) – Assembly of First Nations (AFN) Alberta Regional Chief Cameron Alexis is calling for a thorough investigation into the actions of City of Winnipeg police officers who came into contact with the late Tina Fontaine within 24 hours of her disappearance and did not take her into care even though she had already been reported missing.

There are reports that in addition to the police officers, paramedics had also picked up Fontaine by ambulance earlier in the day but also allowed her to leave on her own. 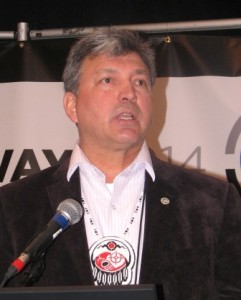 “It is unfathomable that police officers would not take into their care a teenage girl who is reported missing,” said Alberta Regional Chief Cameron Alexis.  “As a retired RCMP member with 23 years experience, it is my opinion that policies of the Winnipeg police service may have been breached and we call upon an independent police service or a Serious Incident Response Team to conduct a thorough internal investigation on this very serious matter.

“A thorough investigation must commence immediately and the police officers in question may need to be released from their duties. This entire situation points to systemic problems with the treatment of First Nations women and girls and that includes law enforcement and child and family services.  There appears to be a systemic attitude of de-valuing First Nations people.”

The City of Winnipeg Police Chief told media on Thursday, September 25 that officers encountered Fontaine during a traffic stop on August 8. The officers allowed her to go even though she was known to be missing.  The professional standards unit has begun an investigation.  It has also been reported that paramedics picked up Fontaine by ambulance the same day police claim to have last made contact with her.

Regional Chief Alexis stated: “I am offended and hurt that we have lost another child to a system that is failing our people.  This is yet one more compelling reason for a national public commission of inquiry into missing and murdered Indigenous women and girls.”

First Nations have developed a national action plan and contributed to a framework with provinces and territories and will continue to call for a National Public Commission of Inquiry into missing and murdered Indigenous women.  Indigenous leaders are also pursuing a National Roundtable with federal ministers, provinces and territories to work on coordinated solutions to address this issue.