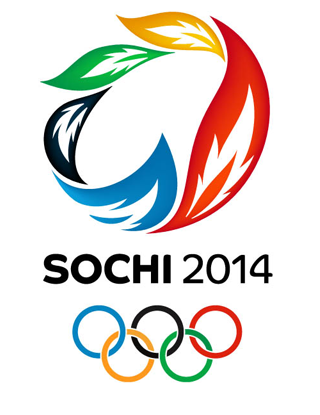 There has been a lot of speculation about who will be heading to the Sochi Olympics and the announcements have finally been made. At least three Aboriginal hockey stars will be vying for Olympic gold in Russia next month; two will be wearing the colours of Team Canada – Goaltender Carey Price and on the womens’ team Jocelyne Larocque – and a third, Coach Ted Nolan, will be representing Team Latvia.

Montreal Canadiens goaltender Carey Price has been making some outstanding saves this season and he will likely serve as the number two goalie behind Roberto Luongo on Team Canada. Price said it was an honour to be chosen, giving a nod to his Habs teammates for helping him get there.

“Obviously having a good start to the year was important to them. I’ve got to thank my teammates first and foremost for playing so well in front of me. I am really appreciative of that,” he told reporters after hearing the good news about being named to represent Team Canada.

Born in Vancouver (August 16, 1987) and raised in the isolated northern B.C. community of Anahim Lake (Chilcotin Region), Price grew up surrounded by hockey. His dad, Jerry, played pro hockey in various leagues and is the current goalie coach for the Kennewick, Washington-based, Tri-City Americans and his second-cousin, Shane Doan, is the captain of the Phoenix Coyotes. Carey Price began his career in 2003 with the Tri-City Americans before being drafted (fifth overall) by the Montreal Canadians in 2005. He continued to play for the Washington-based team for two more years, earning the Del Wilson Trophy as the top goaltender in the WHL and CHL Goaltender of the Year in his final season of major junior in 2007.

Price has represented Canada at various junior level international tournaments, winning silver medals at the World U-17 Hockey Challenge in 2004 and the IIHF World U18 Championship in 2005. He also won the gold medal at the 2007 World Junior Ice Hockey Championships in Sweden.

As a youngster, Price was taught how to play in goal by his father. He learned to play on a frozen creek bed during the cold months of winter before becoming involved in organized hockey in Williams Lake. The 10 hour round trip journey, which took place three days each week, was long and arduous and as a result, his father bought a small airplane to fly him to practices and games.

Price made his international debut when he played for Canada at the 2005 IIHF World Under 18 Championships in the Czech Republic. He played in the Gold Medal final but the Americans won the day with a 5-1 victory while Canada took home the Silver. Two years later, in his final year of major/junior play, Price was named to Team Canada for the 2007 World Junior Championships in Sweden. Canada won the gold medal and Price was named Tournament MVP and Top Goaltender after going 6-0 with 2 shutouts, a 1.14 GAA and .961 save percentage. He led the 2005 IIHF world U18 Championships in save percentage and wins.

For Jocelyn Dawn Marie Larocque, being named to Canada’s women’s hockey team is the fulfillment of a lifelong dream. She will become the first Aboriginal woman to play for Team Canada in the Olympic Games.

“It’s so exciting,” she told Winnipeg’s Grassroots News. “Being told I’d made the team was about the most excited I think I’ve ever been. The night before the cuts, I couldn’t eat and I couldn’t sleep. Then when I was told I made the team, it was like a huge weight had been taken off my shoulders.

“Now we just have to go over to Sochi and win gold,” she added.

Larocque is a former defensemen for the University of Minnesota Duluth Bulldogs where she was a two-time NCAA Division national champion (2008, 2010). While at University she was awarded Western Collegiate Hockey Association (WCHA) Defensive Player of the Year and was also WCHA’s Outstanding Student Athlete of the Year for 2010-11.

She was named All-American first team defenseman in 2009 and 2011 first team Reebok All-American by the American Hockey Coaches Association. She has been a member of two WCHA Frozen Four championship teams and played for Team Canada in the women’s hockey World Championships.

It’s difficult to know exactly what happened back in the 1997-98 National Hockey League season when Ted Nolan, aka the Riverton Rifle, found himself out of a job despite being a well-liked coach who had just earned the Jack Adams Trophy as the NHL’s best coach. In recent statements to the Toronto Star, who interviewed him about his new position as coach of the Buffalo Sabres hockey team, the same team he was with when then General Manager John Muckler fired him, Nolan commented: “I never said it was racism, but when you are not part of a group, it’s tough to fit into that group whether it’s hockey or anything else.”

The fact is that racism likely did have something to do with it, especially when one thinks back to that time and remembers Ted Nolan, in full Aboriginal regalia and adorning a beautifully crafted headdress, celebrating on national television. Nolan got his walking papers shortly after that TV appearance. He had played in the NHL for three years, sharing that time between the Pittsburgh Penguins and the Detroit Red Wings. Before being hired in Buffalo Nolan served as an assistant coach for the Hartford Whalers and as coach of the New York Islanders. After leaving Buffalo, Nolan didn’t receive calls from other teams; if anything it appeared as though NHL teams were giving him the cold shoulder. But those days are now just a memory and whether it’s because of a new-found acceptance within the league or because of a changing of mentalities now that most of the old-boys-club attitudes have dissipated along with retirement and attrition, Ted Nolan is back. He’s back in the NHL and on the international scene where he will participate at the Sochi Olympics next month as coach of Team Latvia. He rejoined the Buffalo Sabres after being named its interim head coach on November 13, 2013.

Nolan, raised on the Garden River First Nation near Sault Set Marie, Ontario, has always been proud of his heritage, much like other NHL players like Reggie Leech, Carey Price, Arron Asham, Rene Bourque, DJ King, Cody McCormick, Vernon Fiddler, Craig Berube, Jordin Tootoo, TJ Oshie, Jonathan Cheechoo, Kyle Chipchura and others. Nolan is also very involved with The Ted Nolan Foundation, a registered charity established in 2004 to promote healthy lifestyles for Aboriginal youth. The foundation raises funds to help promote and operate its self-esteem based programs, which are interwoven with values inherent in First Nations’ heritage. The organization helps improve education by making physical activity a part of a better future for Aboriginal youth.

In a recent interview with on-line Colour of Hockey blog writer William Douglas, former NHL player Reggie Leech, a member of Ontario’s Ojibwe peoples, just like Nolan, commented on the fact that two First Nations individuals are now coaching in the NHL (the other is Craig Berube, Head Coach of the Philadelphia Flyers).

“This is probably the first time we’ve had two First Nation coaches ever in the National Hockey League coaching at the same time” noted the former Conn Smythe Trophy-winning right winger. “I think it really helps First Nation people in general that Teddy Nolan is back in coaching. It’s really big in Ontario and it’s really great for the people. They give him a lot of respect, which is great because he earned it.”

Craig Berube, who was better known for his fisticuffs than his scoring prowess, spent several years coaching in the minors (in the Flyers organization) before becoming an assistant coach and then head coach in the NHL.

“Berube,” noted Leech in his interview with Williams, “has spent time coaching in the minors and has been in the Flyer organization for a long time.” Leach said, “Coaching in the minors, being an assistant coach with the National Hockey League team, it’s great they gave him a chance at this opportunity right now, which is wonderful for him.”