The First Nation’s Transparency Act, which was passed into legislation in November 2011, has been met with varying opinions and a mixture of words that include just about everything from condemnation to outright joy. The Assembly of First Nations said recently that it had been working with the Auditor General Office and the Treasury Board Secretariat “long before” the legislation was developed by the federal government, noting that Harper’s Conservatives “terminated the initiative for no clear reason.”

The AFN also said that it “believes in accountability and transparency but the government must be transparent and accountable as well.” The organization, which represents more than 620 First Nations in Canada also noted that the bill does not support the overall goal of transparency and accountability in that it calls for “disclosure of information above and beyond that of other governments, including potentially sensitive information about business dealings that could put First Nations businesses at a disadvantage in terms of competitiveness.” 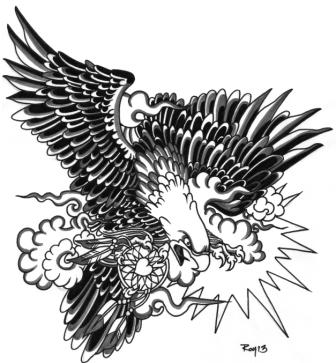 Had the ruling Conservatives not decided to end what appeared to be a workable solution, noted the AFN in a recent press release, “we would have been much closer to implementing a real approach to accountability and transparency that would have served all Canadians.”

Pundits have wasted little time jumping on the bandwagon to demand Aboriginal accountability, especially in light of the fact that some of Canada’s Chiefs appear to have abused their spending powers by overpaying themselves and by exceeding what many consider to be “unacceptable personal allowances and travel expenses.”

But every Canadian understands that no matter how big or small the barrel is, there’s always a rotten egg in there someplace; just look at the financial accountability problems that are almost certain to turn Alberta’s ruling Conservatives into the Official Opposition after the next election, or the financial abuses and misspending that’s going on in Ottawa, including some of Harper’s own caucus members. Just because a few of Canada’s Chiefs haven’t picked up on the fact that common sense and fair play rule the day, it doesn’t mean that all of Canada’s Chiefs are dipping into the funds they receive, or the band earns through economic development.

In fact, most Canadian Chiefs believe in some type of accountability process and many are filing their reports as required; but there’s bound to be some turmoil when government stomps its feet down on an initiative that appeared to be making progress, especially when that process is not to its advantage because government too is being asked to become a part of the accountability and transparency process.

The AFN’s Accountability for Results initiative had been making serious progress before the feds decided to end their participation and adopt new legislation, but the move by Ottawa is neither surprising nor new. Arbitrary decision making has become a way of governance since the 2005 elections that saw Harper, the former Reform Party leader, take over the helm of the federal Conservatives.

Several reasons for government putting the boots to the AFN’s initiative have been mentioned in recent days. The Canadian Taxpayers Federation said it has lobbied government for some time already when it comes to First Nations fiscal accountability, and that is acceptable because that’s what they do. But Aboriginal Affairs and Northern Development Canada (AANDC) has indicated that there’s another reason. On its website AANDC is offering Canadians an opportunity to understand exactly what the legislation is all about by providing a list of Frequently Asked Questions (FAQ’s), one of which offers an explanation for why the new legislation came about. The reason?

“Aboriginal Affairs and Northern Development Canada (AANDC) was approached by First Nation members across the country asking for greater transparency as a result of difficulty obtaining financial information from their elected local officials. Until now, First Nation governments operating under the Indian Act were the only governments in Canada that did not have a legislated requirement to make basic financial information public.”

Some of that answer is believable, but not likely the part about members of Aboriginal communities asking for it. They’ve asked for many things over the years, including running water, sewage systems and adequate housing – and they are still waiting. They’ve asked for respect of the land and an end to environmental upheaval – and they’re still waiting. They’ve asked for better health facilities, a sufficient number of doctors, better education and an opportunity to fill the jobs that Canada felt it had to import workers from others countries to fill – those requests continue to fall on deaf ears.

But apparently a few unhappy community residents ask for government help to ensure transparency on their First Nation and the wish is granted almost immediately. Sounds a bit farfetched because government has far too long ignored the requests of First Nations peoples and communities.

Ontario’s Couchiching First Nation Chief Sara Mainville said she thinks the new legislation has more to do with politics than it does financial accountability. She said recently that her Nation will abide by the rules and is in the process of submitting the information government requires, but noted the legislation “focuses on governance when, in fact, we really have bare-bones governance in our communities,” she said. “And it really doesn’t highlight how needs continue, year-in and year-out,” but are not met.

Government says that the legislation benefits First Nations and “will help ensure that First Nations have democratic, accountable and transparent governments by requiring in legislation that a First Nation, defined as an Indian band under the Indian Act, prepares annual audited consolidated financial statements and the Schedule of Remuneration and Expenses of their chiefs and councillors, which must then be made public. This Act therefore, ensures that First Nation community members have the information necessary to make informed decisions about their leadership; and creates a better environment for private sector investment which could lead to greater economic development opportunities and improve the quality of life for First Nation communities.”

Now that may or may not be the case, but once again this legislation has removed any input that First Nations and their leaderships could have offered by sitting at the table and continuing to work on the initiative that the AFN adopted several years ago. A lack of Aboriginal input and/or consultation has become a way of life in Ottawa, where the Conservative government continues to circumvent not only decisions rendered by the Supreme Court of Canada, but also those by the United Nations and the United Nations Declaration on the Rights of Indigenous Peoples.

If First Nations decide not to comply with rules that say they must file their information in a specified time the Minister of Aboriginal Affairs and Northern Development  can take the following actions:

“The Minister may require the Council of the affected First Nation to develop an appropriate action plan, ensuring the release of the financial information in a timely and organized fashion,” or he or she may “withhold funding moneys payable as a grant or contribution to the First Nation under an agreement.”  Examples of funding moneys payable as a grant or contribution include the Aboriginal Business Development Program, Community Economic Opportunities Program, and Acquisition and Construction of Infrastructure Assets related to recreation. These withheld funds would be released immediately upon compliance of the legislation.

As a last resort the Minister also has the power to “terminate active grant and contribution agreements should a First Nation fail to comply with the legislation or refuse to provide AANDC with its audited consolidated financial statements.”

Now that is some kind of definite power; but who is going to hold the Minister accountable? Instead of this ongoing penchant for enacting new legislation that most often hinders and prevents Aboriginal input into issues that affect them, government should examine and improve its own transparency and accountability practices – and then just maybe they can start to lead by example.

Be the first to comment on "What does Ottawa really want when it calls for transparency?"