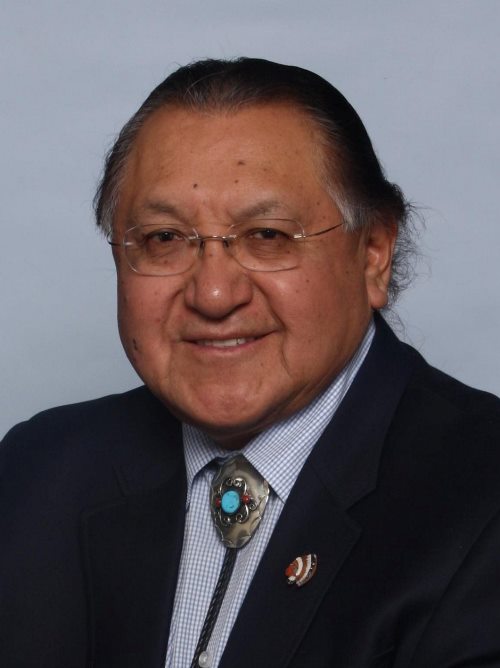 (ANNews) – An important Conference on the historic Tsilhqot’in Decision and its Implications for Energy, Environment and Indigenous Business Relations, will be held on October 17 – 18, 2016 at Grey Eagle Resort & Casino, on the Tsuu T’ina Nation.

The oil and gas industry in Canada, especially in northern Alberta and B.C., is experiencing some very tough challenges in terms of answering the fears and serious safety concerns being posed not only by Indigenous peoples but by those that want to preserve the environment, the fish and wildlife for future generations. Some depend on them for their livelihood. The world has become much smaller and the energy and resource companies have to realize that they do have a fiduciary responsibility to Indigenous peoples and to all Canadians to preserve the ecosystem besides making money for their shareholders. They have to become eco-friendly as well. This conference will address all those energy and environmental related issues. 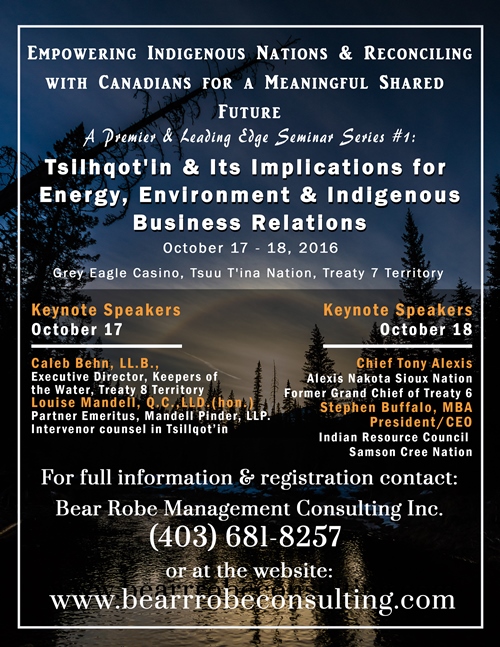 This conference brings together Canada’s leading Indigenous law experts and First Nation business leaders to discuss the multiple implications of the Tsilhqot’in decision by the Supreme Court of Canada in 2014. It will provide a forum for Indigenous peoples, the Canadian public, governments and resource development corporations to open up discussions on some possible long term solutions on natural resource projects in Canada, such as pipelines, the oil sands, minerals and protection of the environment such as water and wildlife. Indigenous energy and environmental issues are key for Alberta’ struggling economy and they must be included in energy policy and strategies.

The conference focuses on the Tsilhqot’in decision because it directly affects unceded Indigenous territories in B.C. First Nations in B.C. want their land rights respected and accommodated before they agree to anything such as oil pipelines going across their lands. This issue is very current considering the oil pipeline confrontation at Standing Rock Sioux Tribe in North Dakota. Here in Alberta, we have Treaties 6, 7, and 8, but that does not mean that the Tsilhqot’in decision does not apply in this province. It is part of the English common law, which applies to everyone and not just in B.C. For example, the Supreme Court said in Tsilhqot’in that Indigenous peoples have the right to the economic benefits of the land, the right to decide how the land will be used, and the right of enjoyment and occupancy of the land.  The treaties did not terminate such rights in the agreement.

According to Alberta First Nations, Treaties 6, 7, and 8 say the opposite. The agreement was to share the land and resources via the treaties with the white settlers in order to allow them to prosper on indigenous territories. We are supposed to prosper together. The problem is, we have allowed Canada and the provinces to interpret the treaties for their own benefit without First Nations’ involvement. They say that First Nations have surrendered all their rights to the land and resources. The legal principles enunciated in Tsilhqot’in are applicable to all Treaty First Nations because treaty rights are not stagnant rights. They grow just like a tree with the development of the English common law such as Tsilhqot’in.

Hopefully, this conference will allow different perspectives to be voiced and have everyone leave with some ideas and awareness on how to move forward and avoid confrontations as we are now seeing in the United States.

Andrew Bear Robe, Ph.D., is a Conference Organizer from the Siksika Nation.