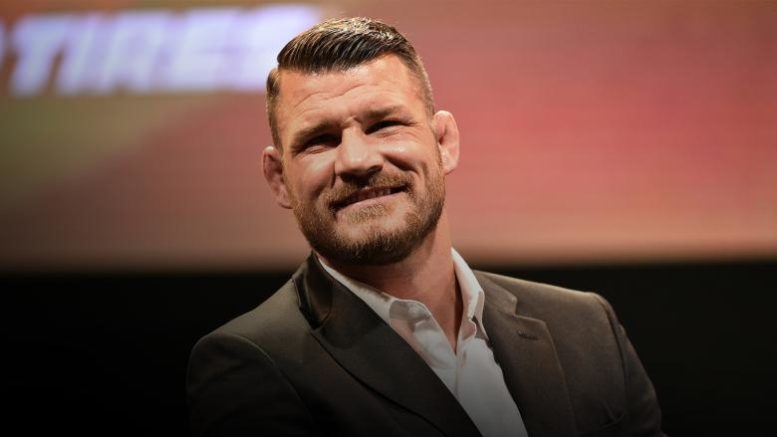 Bisping, who retired from the UFC with a record of 30-9-0 in 2018, has been exchanging words with Paul for some time. However their possible bout has only started seriously materializing recently — due in part to the Tsuu’tina Combative Commission.

In a video made to Bisping, and later shared to his Twitter, the commission offered their services to get the bout scheduled.

“We are doing this video to inform you that we sanction professional athletic bouts here, just outside of Calgary, Alberta,” said Zachary Manywounds, member of the commission. “We got news of your inability currently, Mr. Bisping, to get a fight license — but… we can actually do that for you.”

The main issue with getting Bisping a license to fight professionally is that “the count” only has one eye — something which he had to hide in the later stages of his fighting career.

However, the commission said they could clear him to fight.

The commission explained that instead of giving fighters licenses, they opt to provide permits, with each permit requiring bloodwork with negative results for hepatitis B and C, as well as HIV.

Additionally, if the fight were to take place on the Nation, both fighters would have to submit to an electrocardiogram (ECG) — a test used to evaluate the heart — and a brain scan (MRI).

“This is new to us — we’ve never made a video for a podcast or anyone. But we are a functioning law. We are recognized with that,” continued Manywounds. “We have spoken to nation legal and they’ve approved us to make this video for you.”

“We hope that this can sway Mr. Paul in wanting to have a combative bout with you. And if he does approve it, we would definitely love to sanction this event here on the Tsuut’ina Nation,” concluded Manywounds.

The Tsuut’ina combative commission has held six shows already, pro and amateur. They also mentioned in an interview with CBC that they cleared a Muay Thai fighter with one arm for a World Cup event.

Furthermore, the Tsuut’ina Combative commission is the first athletic licensing commission in Canada that is operated by a First Nation. This means that the only authority is the Chief and Council, as the “government of Canada recognizes the inherent right of self-government as an existing aboriginal right,” says the Nation’s combative sports law.

A day after the commission’s video was released, Paul accused Bisping of still being under a UFC contract, which would mean that the fight would not be feasible.

“Post legal confirmation that you are not under UFC contract and I will get you a contract,” said Paul.

However Paul finished his Twitter post by saying, “and we fight where I tell you we fight.” Which ultimately leaves the possibility of a Tsuut’ina Nation super-fight up in the air.