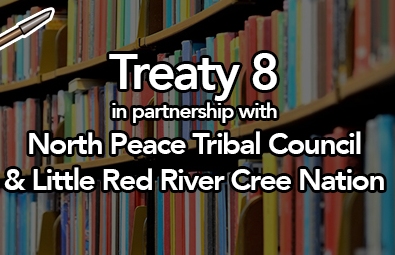 The three-day event, hosted by Treaty 8 First Nations of Alberta, the North Peace Tribal Council and the Little Red River Cree Nation, saw more than 200 delegates from across the territory participate in 29 educationally-focused  workshops that offered insight into everything from Cree Syllabics, Daily Math and Instructional Leadership to Jolly Phonics, Moose Hair Tufting and Beading for Beginners. There were workshops on Basic and Advanced Robotics, Classroom Management, Traditional Protocol in Traditional Knowledge, Bullying, How to Engage Students, Assessment Based Learning for K-9 Teachers, Assertive Discipline, Smarter Science and more. 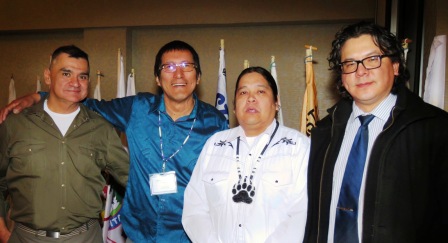 Keynote speaker Richard Wagamese delivered an inspiring talk during the first morning of the conference while Dr. Martin Brokenleg concluded the conference with a two hour plenary on the final day of the event.

Artisans were on hand throughout the symposium with an array of goods that included beadwork, clothing, jewelry, gift cards and more.

“A great deal of planning and work goes into this type of conference,” remarked symposium’s Master of Ceremonies, Victor Horseman, “so it is very nice to stand here today and see the results of all that hard work and dedication from our teachers, our education offices, our boards and our Chiefs. This conference allows our educators to come together to discuss their strategies and their successes. It also gives them the opportunity to participate in some very interesting workshops and learn more about what their peers are doing and accomplishing in their schools.” 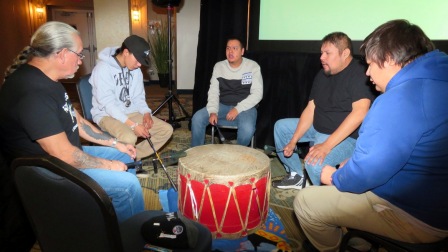 First to the podium was Little Red River Cree Nation Chief Leslie Joe Laboucan. In his opening comments Chief Laboucan spoke about the efforts of people now working and playing a key role in education and thanked those who had come before them, acknowledging the recent passing of two Elders, including one who’d be involved in education for more than 35 years. He also thanked Elder Mary Anne Laboucan “for all you’ve done in showing us the way to teach culture to our children.” 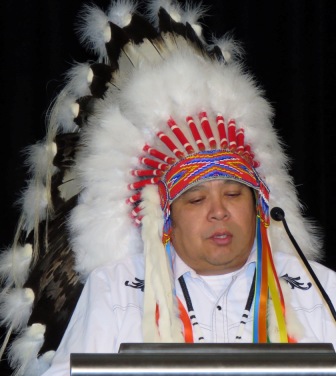 The Chief noted that when it comes to education,  “we’ve had our ups and downs but nonetheless we have made progress. It takes hard work, it takes the nitty-gritty to see something like what we have here today. Congratulations and thank you very much for everything you do to ensure that our children have a good education. We also owe a big thank you to our board of education, its members and directors, Elders, staff and others who showed up here to participate in the workshop, to learn from one another and to share ideas that will improve the way we teach our children.” 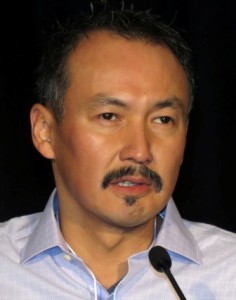 “I had a dream last night, one that made me realize how precious life is,” began North Peace Tribal Council Board Vice President and Chief of the Dene Tha First Nation, Joe Pastion, “Today when you see a loved one that you haven’t seen for a long time, give him or her a hug.”

Mr. Pastion told the gathering that he appreciates and respects the efforts of every teacher in the Treaty 8 school system and understands their sacrifices and hard work  as teachers. He noted, “I appreciate the thankless hours you are putting in as you educate our young people; they are our future. I’d like to support you on initiatives such as conferences like this; your hard work and efforts are making a positive difference.” 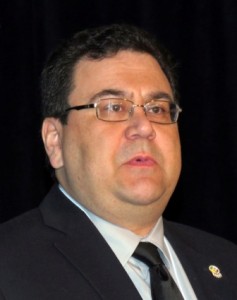 Treaty 8 Chief Operating Officer Joseph (Joe) Jobin offered a warm welcome address and acknowledged event MC Victor Horseman, who has returned to work after spending the last several months recuperating from an embolism that nearly took his life. Acknowledging the teachers, Elders, board members, and the panel and conference planners who’d put the symposium together, Jobin thanked Elder Harry Lawrence for his relevant opening prayer, the River Cree Drummers, the volunteer banner carriers and others who’d helped to make the event a special one.

“This is our third year, the second in partnership with the North Peace Tribal Council and the Little Red River Cree,” explained Jobin, “and it’s been going better and better ever since we got together. And that applies right across Treaty 8 territory.”

Jobin also talked about a meeting that Treaty 8 Chiefs would attend on March 13 with Premier Jim Prentice and Alberta Education Minister Gordon Dirks. He encouraged those in attendance to fill out the form they were given with the heading: If you could ask the premier one question, what would it be?

“You might want to ask him about what he can do to help our schools,” suggested Jobin. “The premier wants to focus on funding and that’s very important, but as the front line people who deal with issues in the schools, you know there are other things that need to be addressed.” 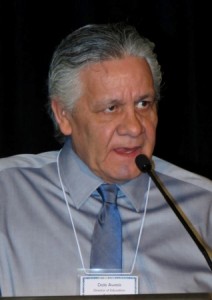 Treaty 8 Director of Education and a member of the Treaty 8 Education Commission, Dale Awasis, spoke at length about the importance of education and the after-effects that ensue when education for Indigenous students takes a back seat to inane legislation and confusing policies that almost always result in continued funding shortages. He spoke about the ramifications of the Indian Act, a piece of legislation that “says we are wards of the federal government, a government that rejects our calls for equal funding and parity in education and provides us with significantly less funding than other schools in the country.”

Awasis spoke about the importance of education, not just from a scholastic view but from a traditional one as well. He emphasized the importance of language retention and encouraged every parent to maintain their languages and culture by helping to ensure that their children can speak in their native tongues.

He delved into his own past and reflected on his childhood, which was filled with doubt and uncertainty and almost led him down a trail towards drugs and alcohol. He remembered his early experiences and talked about finding himself emerged in a search for identity, seeking more information about his culture and traditional ways. Raised in a non-Aboriginal family he was often shunned and neglected and not given an opportunity to learn more about his ancestry. He met his mother for the first time since early childhood when he was 21 years old; “a wonderful day and a great story for another time,” he smiled. 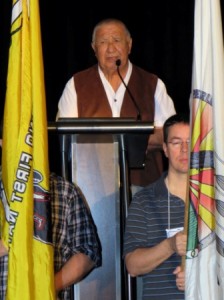 Awasis spoke about the challenges First Nations leaders face trying to improve education in their communities with insufficient funding. He talked about the inability to keep teachers long term because of the wage disparity, again from a lack of funding. Dale Awasis also told the gathering that in the next few days other strategies and ideas would be discussed and though he didn’t elaborate, he did speak about the successes being shared around the world with education systems that are proving to be far superior to those in Canada’s Aboriginal communities.

“I ask you to participate with us as we move forward in trying to create our own system.  I ask you to keep an open mind – is it a farfetched idea for us, within the Treaty 8 territory, to create our own Grade 12 Diploma? Graduating students from such a program, with higher standards than Alberta is giving us right now, that’s where we want to go. We want to go to a place that we feel will benefit us. The Alberta School Act does not apply on reserves, and I’ve told the government that many times. Alberta does not represent the Aboriginal peoples of Canada; they cannot say they are doing what they need to do for us, because they are not. Why do we have to settle for second best; this translates into a challenge for each of us in our respective schools. That’s why I ask you to walk this road with us; I ask you to buy into where we are going because we can’t do it alone, we can’t do it without you.

“At Treaty 8 Education, where I come from, our main goal and intent is to support you so you can do your jobs better. What is it that we can do to help you?”

The bottom line, he added, “is that no one else is going to do it for us, therefore we have to do it ourselves.”

Ironically, the day after the Third Annual Education Symposium came to an end, good news emerged from the Treaty 8 First Nations of Alberta offices in Edmonton. They announced a new partnership with Castle Rock Research, an initiative aimed at helping to improve the educational outcomes of Treaty 8 [Alberta]’s on-reserve students.

“Castle Rock is leading the way in quality educational solutions for students and educators. We are thrilled to be able to extend these tools to students across Treaty 8,” stated Chief Billy Joe Laboucan, Chief of Education for Treaty 8 First Nations of Alberta.

“We intend to raise the performance of our students on-reserve. It has been clearly established that there is a gap between our students and the rest of the country, and we believe this is one tool that can help us to narrow that gap,” concluded Chief Laboucan. “These are formative times for our students; how they do in high school will shape their future as University or College students. We need more First Nation graduates and this can help us move our students in a new direction. The right direction.”