Tantoo Cardinal on a Zoom chat with journalist Brandi Morin. 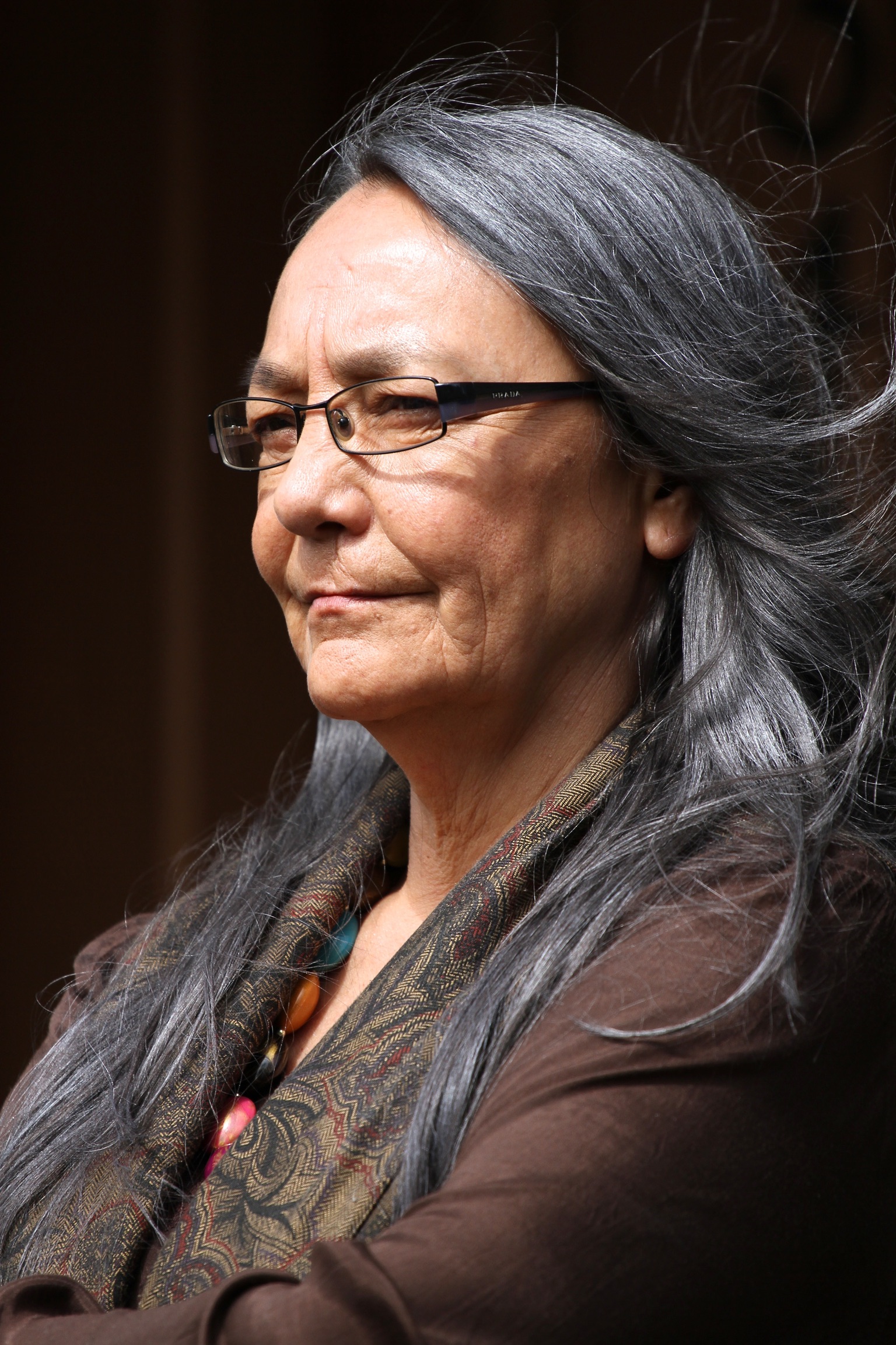 (ANNews) – The worldwide shutdown from the Coronavirus pandemic didn’t come as a surprise to Tantoo Cardinal. The acclaimed actress is isolating alone at her home in Los Angeles where she’s been living since 2019 while filming ABC’s crime-drama, TV series Stumptown.

These days of fear and chaos were what she was long warned about, she told Alberta Native News. And it’s critical to dig a little deeper below the surface of what’s unfolding because how the world responds to the crisis will determine a healthy future.

“I’m really enjoying this time (isolating) it’s like medicine for me,” explained Cardinal during a Zoom video interview with journalist Brandi Morin. Her brown/grey hair is long and wisps of it fall on her familiar face while she sips a cup of tea and looks out the window on a sunny, Saturday LA morning.

Memories of her childhood sweep over her momentarily. Cardinal would often overhear stories of coming world events that would impact humanity as a little girl. And her relatives prepared – they held onto their ways of life and skills of how to survive from nature.

“People in the bush would talk about these things. But in secret. Quiet. Those kinds of stories were against the law.” Cardinal, who grew up near Anzac, Alberta spoke about Indigenous beliefs and cultural practices that were banned by governments and enforced by local authorities.

As a teenager Cardinal witnessed an Indigenous renaissance where visions and prophecies of impending global epidemics were more freely discussed. At a conference in Edmonton, in the 1970s, she remembers soaking up the foretelling from elders while attending sharing circles held in teepees for people of all walks of life to enter.

“They (elders) told us the signals to watch out for…if society continued the way it was going based on greed and depleting the (earth’s) resources – not respecting Mother Earth.”

The prophecies influenced her to take a stand. She spent decades working to warn others of the consequences of overconsumption and disparaging of the earth through environmental and political activism. This was in between her award-winning, legendary career, travels on various movie sets and raising three children that Cardinal focused her energy on helping to raise the alarm.

“For a while I was freaking out about how people were not paying attention.”

But soon enough, it was too late. Two months ago, the COVID19 outbreak arrived forcing the world to slow down and pay attention. She believes the pandemic is a dire message from the earth. For society to re-examine its priorities and economic, profit driven ecosystems to return to a more natural lifestyle.

“Just a second here. Everyone has an opportunity to sit down. Whose spine? Whose backbone are you making all that money from? What is your economy based on? Is it good for the earth? Our sustenance.”

Now is as good a time as ever, believes Cardinal, to reprioritize as humanity and conduct inner healing on an individual level.

“What changes are going to manifest out of this? What can we create from here? We have a responsibility to take back or own lives. And we have an opportunity to create something that’s really healthy and substantial.”

Cardinal has worked in the entertainment industry for over 50 years. She has carved a path for aspiring Indigenous actresses to make a mark in Hollywood appearing in epics like Legends of the Fall, Dances with Wolves, Smoke Signals, Black Robe and her first feature film released 2018, Falls Around Her. Tantoo has worked with some of the best-known names in the industry like Brad Pitt, Sir Anthony Hopkins, Jason Momoa and Tina Keeper. She’s starred in various TV series like North of 60, Dr. Quinn Medicine Woman, See, Godless, Outlander and Stumptown.

The award-winning actress is turning 70 this July. It’s been a busy life. She’s earned the recognition as the top Indigenous actress of her generation. There’s lots of creative projects she’s got on the go, but there’s no rush, she said.

Now, she’s slowing down for the first time in years because of COVID19.

“This is the first time that I can ever recall being able to stay home for more than two-weeks at a time. Now, if everybody can hold still long enough to really smother this thing, so it’s safe to be able to move around in society again…but it might take a while.”

For her, it’s a time of reflection. She’s journaling, reading books like Killers of the Flower Moon and The Girl Who Sang to the Buffalo. With apps like Zoom and social media Cardinal stays connected to her children and friends. She’s brushing up on her Cree and exercising more. It’s like therapy, she says, it helps to cleanse herself of any bad habits or unaddressed “baggage.”

There’s a quiet, steady wisdom in her voice that draws in listeners.

“It’s an opportunity to look at the inside and it’s uncomfortable when things come up. It’s just me and my baggage. But you must let it come through – because we’re cleansing.  This (COVID19) is here for a purpose. I think these are sacred times.”

Enjoy the full interview with Tantoo Cardinal and Brandi Morin.