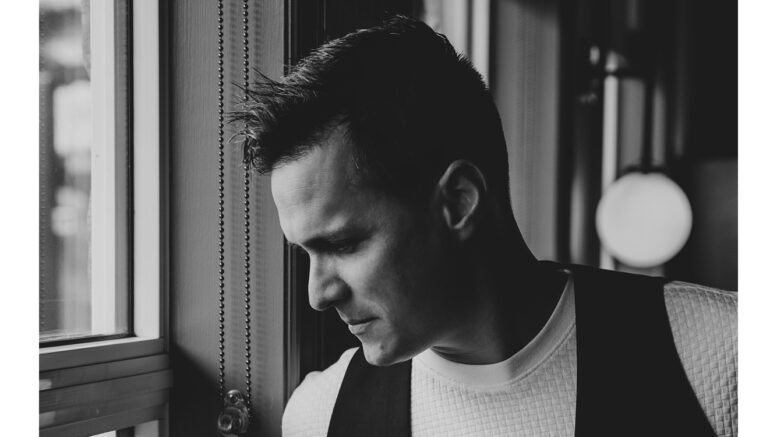 (ANNews) – Stirling John is a member of Sagkeeng First Nation in Ontario, but here in Alberta he is a budding country star with Indigenous roots who started singing with his family in local churches in Ontario.

Stirling moved here for his day job – an RCMP officer – and he’s based out of Spruce Grove. The RCMP singer-songwriter has been traveling all over Alberta singing, including most recently at the Calgary Stampede.

“I was honoured to have been given the opportunity to perform a set at the Calgary Stampede Windows on the West,” said Stirling in an online post.

In an exclusive interview with ANNews, he talks about his childhood, music, and being an Indigenous RCMP officer.

Stirling John had a very humble upbringing and was raised by a single mother who encouraged the family to get into music and foster their talents as musicians.

“My mother raised us on music,” he explained. “We sang as a family in the church. I was about five years when she inspired me to sing.”

John grew up in Ontario, and his family encouraged his dreams to become a musician and were very supportive of his music career. Growing up, he had three passions he wanted to pursue – to become a professional singer, become a police officer, and fly a helicopter.

He got lots of practice singing in front of groups as he and his family performed in Ontario for various church groups. As time passed, he felt he needed to choose a career that would provide for his family. His brother went into the army and he decided to pursue his passions both in RCMP and music.

Now, as a popular RCMP officer, Stirling bridges the gap between police and Indigenous communities and he has become a role model for Indigenous youth here in Alberta.

His journey has not been linear however, he’s faced challenges and obstacles along the way. He said he’s dealt with a lot of anxiety and has worked on overcoming it.

John said that for a long time he couldn’t tell his mom that he loved her. He believes it stemmed from being raised in a single-family home without a father.

He said, what changed for him was becoming a father. He wanted to raise a family where you can say “I love you freely.”

“Unfortunately, there are legitimate reasons why Indigenous people struggle with trusting the police,” he said. “These are situations from before you or I were even born, and they have not been changed.”

He is referring to the systemic racism issues that plague the RCMP and over incarcerate Indigenous people at higher rates than non-indigenous populations.

The RCMP recognizes that it has systemic racism against Indigenous peoples. Last year, the Alberta RCMP created a new Diversity Committee aimed at rooting out systemic racism. (Alberta Native News Writer, Chevi Rabbit sits on this committee for LGBTQ and Indigenous issues).

Stirling said that in most cases the RCMP has excellent relations with people and that these relationships have been formed through the years. He said there are negative examples but lots of positives too. RCMP are often needed to be everything as a police officer and sometimes a psychologist, or a teacher.

“As a police officer, sometimes you have to be there just to listen,” he said.  “I’ll take the time and have coffee with people in their house – and just listen. So often, the family has never been to a counseling session, and often I am in my own way their first experience in counseling within a family.

“This is where there is an opportunity to teach and inspire, especially youth, families, and parents, because some parents don’t know how to be parents – right?”

“In many ways, we are all in this together,” said John.

When talking about why some Indigenous kids dislike police, he said it’s often that their parents teach them to mistrust police.

“The reality is that some parents create fear or mistrust against the police because that is what their parents taught them,” added John.

“Unfortunately, that cycle is being taught at a young age, and it’s not the kids’ fault for how they view the police growing up.”

He said that it’s so important to connect with youth through music and spend time with them in places like the skate park.

“In these situations, you’re coming to them at their level as a relatable human. I can’t speak for every police officer out there, but I can speak for myself, my purpose and the opportunities given to me to serve communities,” said John.

He said his songs deliver hope to all people, including those who are dealing with some very difficult issues because despite the issues we are all human.

Stirling John’s star is shining bright; he is using both his passions to inspire Indigenous youth in northern Canada.