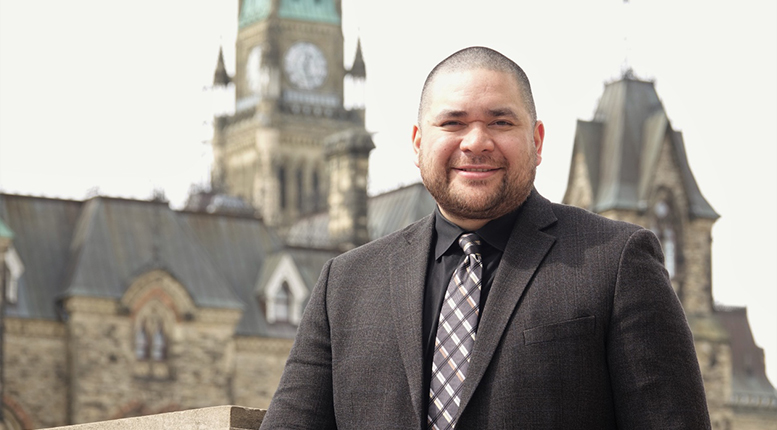 Dr. Alika Lafontaine and his brother Dr. Kamea Lafontaine created Safespace App so there would be a safe anonymous way to report negative health care experiences.

(ANNews) – Dr. Alika Lafontaine, of Cree and Anishinaabe heritage, born and raised in Southern Saskatchewan in Treaty 4 territory, is having a positive impact on Canada’s healthcare system.

He comes from a family of doctors, is an accomplished anesthesiologist and works in Northern Alberta. He also created a great new app that will help people – both Indigenous and non-Indigenous – who report negative experiences within Canada’s healthcare system.

Dr. Lafontaine also does medical leadership work with various organizations including the Medical Association of Canada where he is president-elect – a role he will begin in October of 2022.

Three years ago, Lafontaine and his brother, Calgary dentist and software developer Dr. Kamea Lafontaine, developed the Safespace app which focusses on harm and waste in the Canadian healthcare system.

“It uses blockchain technology to guarantee safety and anonymity for those who are sharing their experiences,” said Dr. Lafontaine.

He explained that after his brother, Dr. Kamea Lafontaine finished his practice at multiple locations, he got into software development. His brother had an interest in reporting on crime; however, he was more interested in safety and patient experiences.

“One thing that is pretty common and not just for Indigenous folxs but for non- Indigenous Canadians too – was this feeling that something bad was going to happen if you were to report something that happened to you in the healthcare system,” said Lafontaine.

He said, when a patient reports a bad experience with a physician, as a result the physician starts to treat you differently. Maybe, this could result in that physician not seeing you anymore as a patient.

He noted that this scenario really impacts Canadian living in rural communities and especially Indigenous communities. The risks are high where a patient can lose care or quality care as a result of pointing out things a physician should know. There are high levels of stress for the patient reporting on the healthcare system but they need to be reported to improve the healthcare system.

Lafontaine shared a story about when his brother – a well-established member of society who donated to local charities and was successful – called him in the middle of the night from the hospital emergency department.

“My brother didn’t feel that his healthcare provider did not do a good job at assessing the problem. He just wanted to ask for his advice. It became clear what he was diagnosed with, did not fit the pattern that most people should expect. So, I talked to him about getting a second opinion and reassessed,” said Lafontaine.

His brother wound up getting a second opinion and was rushed for emergency surgery the next day.

The next morning his brother called him and said, “No matter how much privilege I wrapped myself around with businesses and a degree, at the end of the day I am just seen as another indian.”  (He used the term – indian – referring to a negative stereotype created by racists on Canada’s First Peoples).

Dr. Lafontaine had a moment of realization no matter how successful you are or how much privilege you think you have, none of it is permanent and it can be taken away. And, he noted, that’s the difference between non-Indigenous and Indigenous patients.

He said, now we’re being asked to be put in risky situations of reporting on harm and waste. Do we have confidence that the things we thought should protect us, actually do protect us?

“That’s why we really got into the tech space. That’s why we created a solution so people could have confidence – so patients can really share what’s going on and we don’t have to go through that compounded harm.”