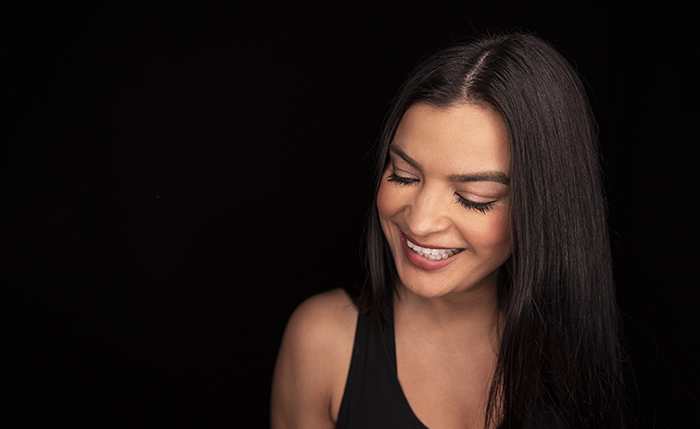 (ANNews) – Crystle Lightning is from Treaty 6 Territory, Maskekosak (Enoch Cree Nation) and is the Great-Great Granddaughter of Chief Alexis; her Great Grandfather was Chief William Morin of Enoch Cree Nation.

The rising starlet, also from an acting family dynasty, is set to tour the United States with her hit musical called “Bear Grease.”

Lightning lived most of her life in Los Angeles developing her skills in acting and music. She moved back to Alberta two years ago, gave birth to her son and changed her life completely. Since being back, Lightning says her life has become full, has purpose, and her dreams of being a successful working actress have come alive.

“I don’t know if it was my ancestors who called me back here or if it was just Divine timing. Either way, I am so grateful,” said Lightning.

She describes her private life as a loving mother to her only son, Kisik Lightning-Cloud, and happy wife to her husband MC RedCloud. The talented couple most recently created a musical called Bear Grease which has been receiving accolades all year.

Lightning said that Bear Grease is a hilarious Indigenous twist on the movie and musical Grease, – a 1978 American musical romantic comedy film based on the 1971 musical of the same name by Jim Jacobs and Warren Casey.

According to Lightning, “It was the first performance to completely sell out at this year’s Fringe [Festival in Edmonton]. We then sold out the Garneau four times and we just finished another four shows at the Westbury Theatre. We are set to tour the States March and April 2022.”

The wife and husband duo are very talented and have mastered the art of following their passion and raising a young family. That pattern of hard work, family life and pursuing their passion was likely passed down from Lightning’s mother Georgina Lightning.

Crystle says when she was nine years old her mother made the choice to move her family from Edmonton to Los Angeles to pursue her passion in theatre, film and television while raising her family. That move would change the direction for the entire Lightning family. Georgina’s gamble paid off; by investing in her children and professional life she has become one of Canada’s top actors, film directors and most recently an Indigenous advocate as she has spoken at many of Edmonton’s Hate to Hope community initiatives.

Crystle Lightning in her own right has been developing her talent for years at top Hollywood Schools such as The Beverly Hills Playhouse which is one of LA’s oldest and most respected acting schools.

“I got my first movie role at nine years old in the movie 3 Ninjas Knuckle Up” – which is a 1993 American martial arts comedy film taking place in between 3 Ninjas and 3 Ninjas Kick Back. The film was directed by Shin Sang-ok, using the pseudonym Simon Sheen.

“I have been acting ever since!” she said.

“At 22, I decided to really start working on strengthening my skills and discipline as an actor.”

Crystle explained that she attended many acting classes in Hollywood and even joined the Beverly Hills Playhouse. “That is when I started learning by myself,” she said.

“I had naturally what I needed to work on to be the best I could be. The years I spent at the playhouse were some of the best times in my life.

“Many breakthroughs happened at the Beverly Hills Playhouse, which helped me in my personal life as well as my acting journey. It was a safe place to learn, be raw, express yourself and grow. There is so much I didn’t know. The business side of things, politics, administration, audition etiquette etc. I credit the playhouse for teaching me about all these things. For also giving me the tools and the willpower, I needed to build my career – and not give up!”

She said “this industry can be cruel and unjust, so prepare your heart, mind and soul and don’t take anything personally – as hard as that is.”

When her acting career slowed down, Crystle decided to invest in a music career. The move paid off for the talented star.  It was during this time she met her now husband and developed a huge name in Hollywood for her DJ abilities.

She explained, “I always loved music. Nothing exciting was happening in my acting “career” at this time so I needed to find other creative outlets. I took an interest in DJ-ing. After saving up from bartending gigs, I bought my first pair of turntables. I had a few DJ friends that would teach me how to mix. I started getting good and that was when I met Christi. We started a female DJ crew called “Ladies of the House” and played house music on turntables – which was rare for females to be doing this at the time. We DJ’d at some of the biggest clubs in Hollywood and threw the most amazing Masquerade New Years’ parties every year. We developed a pretty big name for ourselves in the LA house music scene.”

She said, “I met RedCloud through music. I DJ’d for him on a tour and that is how LightningCloud was born. We made a song together, people loved it, so we made more! Two albums in, we won “Best New Artists” and “Best Hip Hop album” at the Indigenous Music awards.”

“I have also put out solo music as Crystle Lightning and with the supergroup Brown Fist Emoji which consists of Artson, PJ Vegas, RedCloud and myself. We won the 2021 Indigenous Music Award for Best music Video for It’s Like That,” said Lightning.

“Two years ago, I booked the role that would change my life. I was sitting in the neonatal intensive care unit with my 8-day old son, when I received a call from my agent. Three months later I was on a plane with my new baby to go film my first series lead. I was so determined to prove to the world and myself that I could juggle playing this multi-dimensional, emotionally demanding woman while being a new breastfeeding mom. I honestly think the sleepless nights and the emotional chaos I was going through helped my performance. Put it all in my acting toolbox. What an incredible experience that was.”

Lightning said, “In May 2021 I won a Canadian Screen Award for Best Actress in a Drama series for my role as Maggie Moody in Trickster. I have worked on various tv shows such as Hudson & Rex, Diggstown, Ghosts, The Good Doctor and 3 Pines set to air in 2022.

“You really never know when your time is going to hit. As I look back on my life, I realize that every time I thought I was being rejected from something good, I was actually being redirected to something better.”

When giving advice to aspiring Indigenous actors she said, “Study the people you admire and love whether they are dead or alive. Take only what works for you and leave the rest behind. Take classes! Be active. Read books. Learn as much as humanly possibly about the craft you are pursuing. And always remember someone out there wants it just as much as you do or even more.”

She said, “There’s a quote that says, “Show me who your friends are, and I will show you your character”… Surround yourself with like-minded people, with positive friends, with people who show kindness and who support your dream! With goal setters, movers and shakers. You should feel good when in their presence.  Most importantly, with friends and family who won’t enable you and tell you what you want to hear, but the ones who tell you what you need to hear (and vice versa). That’s love.”

“So work hard,” concluded Lightning. “Be open to constructive criticism and use those notes to make you better!”

Be the first to comment on "Rising Star Crystle Lightning, is set to tour the U.S. with her hit musical called “Bear Grease”"