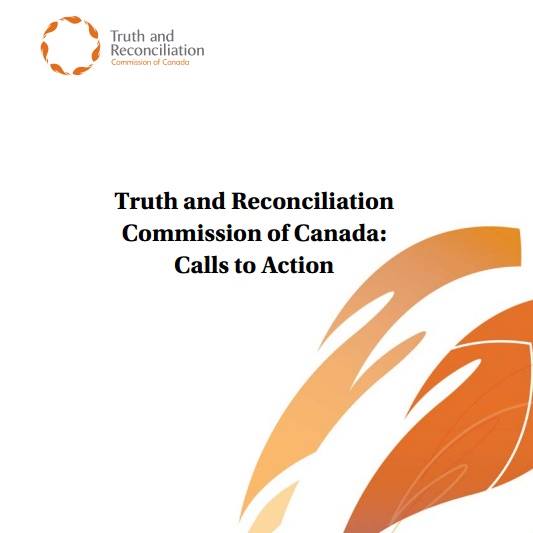 For over a century, the central goals of Canada’s Aboriginal policy were to eliminate Aboriginal governments; ignore Aboriginal rights; terminate the Treaties; and, through a process of assimilation, cause Aboriginal peoples to cease to exist as distinct legal, social, cultural, religious, and racial entities in Canada. The establishment and operation of residential schools were a central element of this policy, which can best be described as “cultural genocide.”

Physical genocide is the mass killing of the members of a targeted group, and biological genocide is the destruction of the group’s reproductive capacity. Cultural genocide is the destruction of those structures and practices that allow the group to continue as a group. States that engage in cultural genocide set out to destroy the political and social institutions of the targeted group. Land is seized, and populations are forcibly transferred and their movement is restricted. Languages are banned. Spiritual leaders are persecuted, spiritual practices are forbidden, and objects of spiritual value are confiscated and destroyed. And, most significantly to the issue at hand, families are disrupted to prevent the transmission of cultural values and identity from one generation to the next.

In its dealing with Aboriginal people, Canada did all these things.

Canada asserted control over Aboriginal land. In some locations, Canada negotiated Treaties with First Nations; in others, the land was simply occupied or seized. The negotiation of Treaties, while seemingly honorable and legal, was often marked by fraud and coercion, and Canada was, and remains, slow to implement their provisions and intent.1

On occasion, Canada forced First Nations to relocate their reserves from agriculturally valuable or resource-rich land onto remote and economically marginal reserves.2 Without legal authority or foundation, in the 1880s Canada instituted a “pass system” that was intended to confine First Nations people to their reserves.3

Canada replaced existing forms of Aboriginal government with relatively powerless band councils whose decisions it could override and whose leaders it could depose.4 In the process, it disempowered Aboriginal women, who had held significant influence and powerful roles in many First Nations, including the Mohawks, the Carrier, and Tlingit.5

Canada denied the right to participate fully in Canadian political, economic, and social life to those Aboriginal people who refused to abandon their Aboriginal identity.6

And, Canada separated children from their parents, sending them to residential schools. This was done not to educate them, but primarily to break their link to their culture and identity. In justifying the government’s residential school policy, Canada’s first prime minister, Sir John A. Macdonald, told the House of Commons in 1883:

When the school is on the reserve the child lives with its parents, who are savages; he is surrounded by savages, and though he may learn to read and write his habits, and training and mode of thought are Indian. He is simply a savage who can read and write. It has been strongly pressed on myself, as the head of the Department, that Indian children should be withdrawn as much as possible from the parental influence, and the only way to do that would be to put them in central training industrial schools where they will acquire the habits and modes of thought of white men.8

These measures were part of a coherent policy to eliminate Aboriginal people as distinct peoples and to assimilate them into the Canadian mainstream against their will. Deputy Minister of Indian Affairs Duncan Campbell Scott outlined the goals of that policy in 1920, when he told a parliamentary committee that “our object is to continue until there is not a single Indian in Canada that has not been absorbed into the body politic.”9

The Canadian government pursued this policy of cultural genocide because it wished to divest itself of its legal and financial obligations to Aboriginal people and gain control over their land and resources. If every Aboriginal person had been “absorbed into the body politic,” there would be no reserves, no Treaties, and no Aboriginal rights.

Residential schooling quickly became a central element in the federal government’s Aboriginal policy. When Canada was created as a country in 1867, Canadian churches were already operating a small number of boarding schools for Aboriginal people. As settlement moved westward in the 1870s, Roman Catholic and Protestant missionaries established missions and small boarding schools across the Prairies, in the North, and in British Columbia. Most of these schools received small, per-student grants from the federal government. In 1883, the federal government moved to establish three, large, residential schools for First Nation children in western Canada. In the following years, the system grew dramatically. According to the Indian Affairs annual report for 1930, there were eighty residential schools in operation across the country.11

The federal government has estimated that at least 150,000 First Nation, Métis, and Inuit students passed through the system.13

Roman Catholic, Anglican, United, Methodist, and Presbyterian churches were the major denominations involved in the administration of the residential school system. The government’s partnership with the churches remained in place until 1969, and, although most of the schools had closed by the 1980s, the last federally supported residential schools remained in operation until the late 1990s.

For children, life in these schools was lonely and alien. Buildings were poorly located, poorly built, and poorly maintained. The staff was limited in numbers, often poorly trained, and not adequately supervised. Many schools were poorly heated and poorly ventilated, and the diet was meagre and of poor quality. Discipline was harsh, and daily life was highly regimented. Aboriginal languages and cultures were denigrated and suppressed. The educational goals of the schools were limited and confused, and usually reflected a low regard for the intellectual capabilities of Aboriginal people. For the students, education and technical training too often gave way to the drudgery of doing the chores necessary to make the schools self-sustaining. Child neglect was institutionalized, and the lack of supervision created situations where students were prey to sexual and physical abusers.

In establishing residential schools, the Canadian government essentially declared Aboriginal people to be unfit parents. Aboriginal parents were labelled as being indifferent to the future of their children a judgment contradicted by the fact that parents often kept their children out of schools because they saw those schools, quite accurately, as dangerous and harsh institutions that sought to raise their children in alien ways. Once in the schools, brothers and sisters were kept apart, and the government and churches even arranged marriages for students after they finished their education.

The residential school system was based on an assumption that European civilization and Christian religions were superior to Aboriginal culture, which was seen as being savage and brutal. Government officials also were insistent that children be discouraged and often prohibited-from speaking their own languages. The missionaries who ran the schools played prominent roles in the church-led campaigns to ban Aboriginal spiritual practices such as the Potlatch and the Sun Dance (more properly called the “Thirst Dance”), and to end traditional Aboriginal marriage practices. Although, in most of their official pronouncements, government and church officials took the position that Aboriginal people could be civilized, it is clear that many believed that Aboriginal culture was inherently inferior.

This hostility to Aboriginal cultural and spiritual practice continued well into the twentieth century. In 1942, John House, the principal of the Anglican school in Gleichen, Alberta, became involved in a campaign to have two Blackfoot chiefs deposed, in part because of their support for traditional dance ceremonies.14

In 1947, Roman Catholic official J. O. Plourde told a federal parliamentary committee that since Canada was a Christian nation that was committed to having “all its citizens belonging to one or other of the Christian churches,” he could see no reason why the residential schools “should foster aboriginal beliefs.”15

United Church official George Dorey told the same committee that he questioned whether there was such a thing as “native religion.”16

Into the 1950s and 1960s, the prime mission of residential schools was the cultural transformation of Aboriginal children. In 1953, J. E. Andrews, the principal of the Presbyterian school in Kenora, Ontario, wrote that “we must face realistically the fact that the only hope for the Canadian Indian is eventual assimilation into the white race.”17

In 1957, the principal of the Gordon’s Reserve school in Saskatchewan, Albert Southard, wrote that he believed that the goal of residential schooling was to “change the philosophy of the Indian child. In other words since they must work and live with ‘whites’ then they must begin to think as ‘whites.'” Southard said that the Gordon’s school could never have a student council, since “in so far as the Indian understands the department’s policy, he is against it.”18

In a 1958 article on residential schools, senior Oblate Andre Renaud echoed the words of John A. Macdonald, arguing that when students at day schools went back to their “homes at the end of the school day and for the weekend, the pupils are re-exposed to their native culture, however diluted, from which the school is trying to separate them.” A residential school, on the other hand, could “surround its pupils almost twenty four hours a day with non Indian Canadian culture through radio, television, public address system, movies, books, newspapers, group activities, etc.”19

Despite the coercive measures that the government adopted, it failed to achieve its policy goals. Although Aboriginal peoples and cultures have been badly damaged, they continue to exist. Aboriginal people have refused to surrender their identity. It was the former students, the Survivors of Canada’s residential schools, who placed the residential school issue on the public agenda. Their efforts led to the negotiation of the Indian Residential Schools Settlement Agreement that mandated the establishment of a residential school Truth and

The Survivors acted with courage and determination. We should do no less. It is time to commit to a process of reconciliation. By establishing a new and respectful relationship, we restore what must be restored, repair what must be repaired, and return what must be returned.

Be the first to comment on "Read it here: Summary of the Final Report of the Truth and Reconciliation Commission"