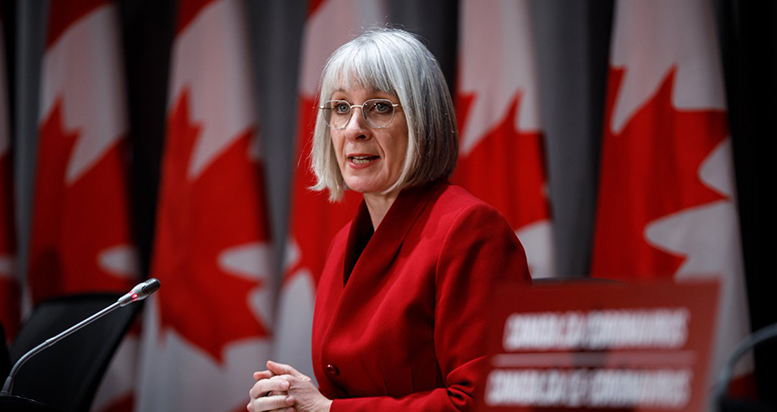 Patty Hajdu, Minister of Health, said that ”true systemic change requires a deep willingness to share power ....and unequivocally, as a government, we are not doing enough.”

The new $126.7 million funding, which was first announced in the 2021 Budget, will support efforts to address racism in Canada’s health systems over the next 3 years.

“Federal, provincial and territorial governments need to address the jurisdictional issues around Indigenous health funding, governance, and program and service delivery. Only then can we achieve health equity between Indigenous and non-Indigenous Peoples.”

Of the new funding, $33.3 million will be used to improve culturally safe services, with a focus on supports for Indigenous women, 2SLGBTQQIA+ people, persons with disabilities and other marginalized groups.

$46.9 million will be used to increase Indigenous representation in the health care system and to change health systems through the integration of cultural and patient safety at all levels.

$37.8 million is going towards improving supports and accountability by providing distinctions-based funding for Indigenous organizations to introduce new Indigenous patient advocates. This is in an effort to allow Indigenous patients to navigate the health care system more safely.

Finally, $8.7 million is being directed to federal leadership — such as Indigenous Services Canada — in order to increase national dialogues and to advance action against anti-Indigenous racism in the country’s healthcare system.

“By engaging in these necessary conversations, by taking a stand against instances of racism against Indigenous Peoples, by confronting the truth together—however uncomfortable—we can continue to address past wrongs and make things right for the future through action,” said Minister of Indigenous Services, Marc Miller.

This funding comes after the National Assembly decided not to adopt “Joyce’s Principle” last year.

The principle is named after Joyce Echaquan, an Indigenous woman who died after gross medical malpractice at the Joliette Hospital Center in Lanaudiere, Quebec. It “demands that all Indigenous people have an equal right to the highest standard of physical and mental health, with a right to traditional medicines and the conservation of their vital medicinal plants, animals and minerals.”

Despite not legislating the principle, the Government has stated they recognize Indigenous individuals have “the right to access, without any discrimination, all social and health services” and that “Indigenous individuals have an equal right to the enjoyment of the highest attainable standard of physical and mental health,” as outlined in the United Nations Declaration on the Rights of Indigenous Peoples.

The Federal Government also said they are committed to the co-development of distinctions-based health legislation and will be guided by the “spirit and elements” of Joyce’s Principle.

“Together, we can make meaningful and lasting change for Indigenous Peoples and all Canadians,” said Minister Miller.

On the same day the funding was announced, the National Association of Friendship Centres (NAFC) released 7 recommendations for the Government to improve Indigenous-Canadian relations.