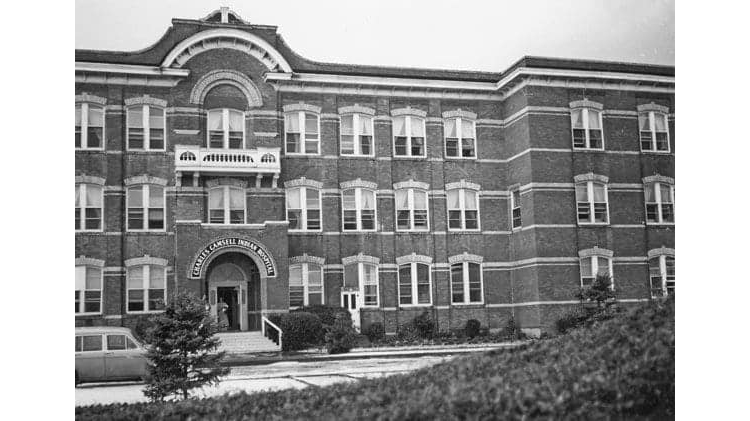 (ANNews) – An academic at Wilfrid Laurier University in Waterloo, Ont., has been researching the forced sterilization of Indigenous women for more than a decade.

Karen Stote, who teaches Gender and Women’s Studies, told Alberta Native News that her interest in the topic goes back to her undergraduate years in the early aughts, when her Indigenous peers and teachers told her about the eugenics practiced against Indigenous women in their communities.

“I went looking for something to read on the issue and there was nothing to tangibly read,” Stote said.

There have historically been more than 1,200 Indigenous people forced to lose their reproduction capabilities, with the vast majority of them women, at Indian Hospitals across Canada, including Camsell Hospital in Edmonton.

Stote released a book in 2015, entitled An Act of Genocide: Colonialism and the Sterilization of Aboriginal Women, which was based on her PhD research.

“We already know that Alberta and British Columbia had eugenic legislation in place and that in Alberta, Indigenous people were disproportionately targeted,” said Stote.

Indigenous people made up three percent of Alberta’s population, but by the time the eugenics legislation was repealed in the 1970s, 25 percent of its victims were Indigenous, she said.

But sterilization continued after the eugenics program ended, with the justification shifting from one of racial inferiority, which had fallen into disrepute, to birth control, which became legalized in 1969.

“It made the issue something between the doctor and their patient,” said Stote. “For Indigenous people, interacting with western medicine has been used as a tool of colonialism. There’s a fundamentally coercive power dynamic going on there.”

Stote said research on the topic has found “consistent problems with informed consent” from the women being sterilized, who were pressured into doing so by health authorities, often in a language they didn’t speak.

She’s working on a new book based on the testimonies of 100 Indigenous women — 60 of them in Saskatchewan — who have come forward with their experiences of being forcibly sterilized from the ‘70s to as recently as 2018.

“When you look at those documents, there’s a consistent trend of viewing Indigenous women’s reproduction as problematic,” Stote said, outlining how many Indigenous people who left their reserves due to poverty found themselves living in the same conditions in cities.

“There’s a trend there of viewing Indigenous people and women in poverty as being a drain on provincial budgets.”

Sterilization is just one of many forms of violence used by settler society against Indigenous women, she added.