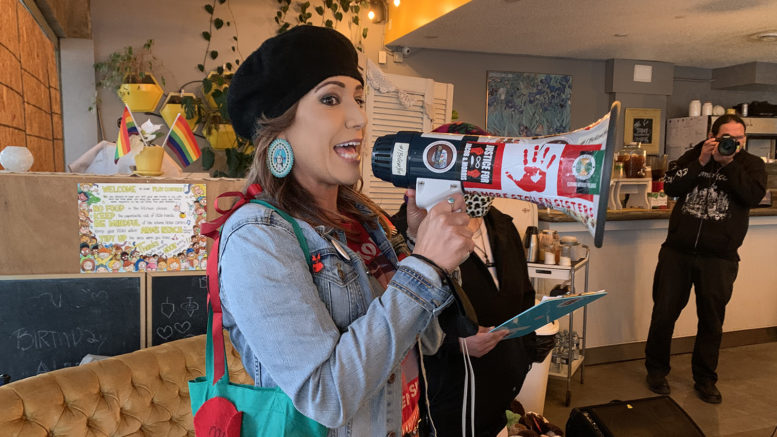 (ANNews) – The rain and wind did not stop dozens of people from attending  Okîsikow Way Day this month. An annual event in Edmonton for 11 years, this year June 14th was officially proclaimed as Okîsikow Way Day by the City of Edmonton.

Okîsikow (Angel) Way is located along 101A Avenue, between 96 and 97 Streets. The area was officially unveiled on June 14, 2011, featuring a sign blade created by artist Gloria Neapetung. Neapetung, who died in 2016, was an Indigenous artist, advocate, and survivor whose work has been used by Amnesty International, the Canadian Federal Penitentiaries, and the Edmonton Institute for Women. The efforts to get the area officially named was led by the Aboriginal Women’s Professional Association, the Centre to End All Sexual Exploitation (CEASE), The Stolen Sisters and Brothers Awareness Movement (SSBAM), and the City of Edmonton. 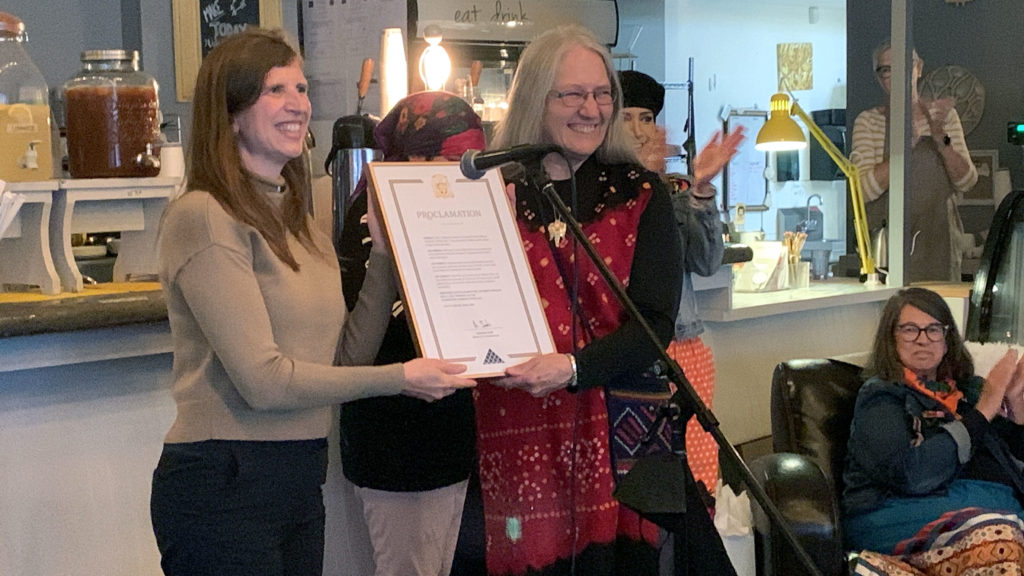 “The street honours all women, girls, and gender diverse peoples who have experienced violence and is a reminder that victims of violence and their families have safe places in Edmonton (and surrounding areas) to seek shelter, services, and support,” says April Eve Wiberg of the Stolen Sisters and Brothers Awareness Movement of Edmonton.

The City proclamation follows a request in March of this year from the SSBAM to the Mayor and Council as part of the 231 Calls for Justice resulting from the MMIWG National Inquiry.

“We had a specific call to action which was to grant our request to declare June 14th as “Okîsikow Way Day,” says Wiberg. “For a number of years, there had been concerns from the community that Okîsikow Way had been neglected. We wanted to encourage the community as a whole to put our hearts, minds, and faiths together to help combat and address the violence experienced by all women, girls, and gender diverse peoples.” 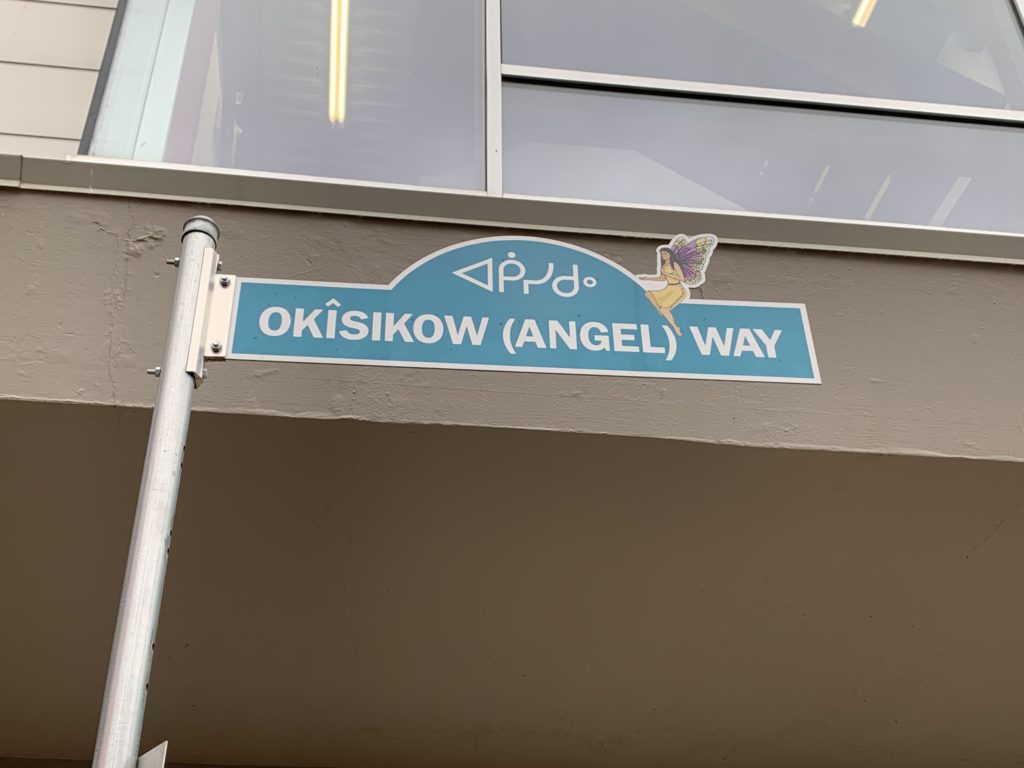 Councillor Anne Stevenson of Ward O-Day’min delivered the proclamation, which was accepted by Kate Quinn, Executive Director of CEASE. “Proclaiming Okîsikow Way Day in Edmonton is an important opportunity to honour the women, girls, and gender diverse individuals who have experienced violence in our city, and also highlight the people and places that are working to provide a safer community for all. This day reminds us that together, we can chart a better way forward,” said Stevenson in an email to Alberta Native News prior to the event.

This year’s event was led by a volunteer steering committee of community organizations and individuals including Ayana Communications, The Butterfly Project, Mackintosh Consulting, SSBAM, (CEASE), and iHuman Youth Society. Although it is usually held outside, the weather forced the event into THE nook CAFE, which opened especially for the event and provided catering.

Okîsikow is the Cree word for “Angel.” Edmonton’s participation is part of the national Angel Street Project movement, which began in 2007 in Iqualuit, Nunavut. Elisapee Sheutiapik, Mayor of Iqualuit, and Council voted to name the road “Angel Street’ on which the Qimaauik Women’s Shelter is located in Iqualuit.

“Gender-based violence is an epidemic in our society and it is a serious issue that must be addressed and prevented,” Wiberg emphasizes. “Our hope is for other communities and municipalities to be inspired by Edmonton’s Okîsikow Way to start their own Angel Street to pay homage to those who have died of or experienced violence.”