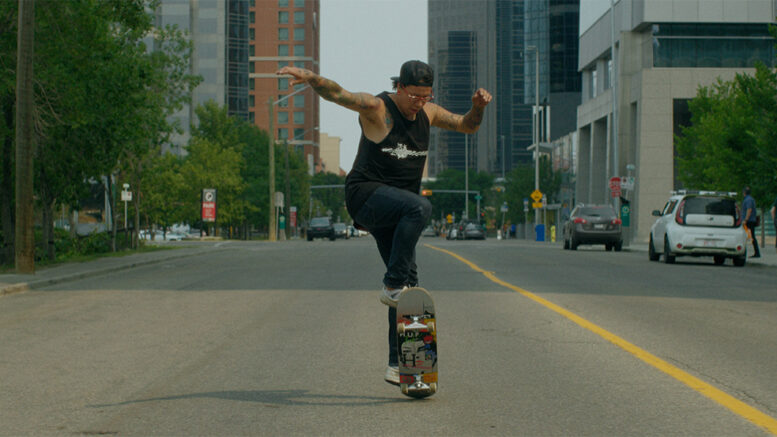 (ANNews) – “What started as a film about skateboarding and feather dancing unearthed a journey of recovery and growth.” These words introduce a new TELUS original film entitled Piita Aapasskaan- The Kyle Young Pine Story.

As a kid, Kyle Young Pine grew up skateboarding in Calgary as a means to escape his reality. The community and freedom he found there removed him from the substance use that was happening at home, a result of pervasive generational trauma. 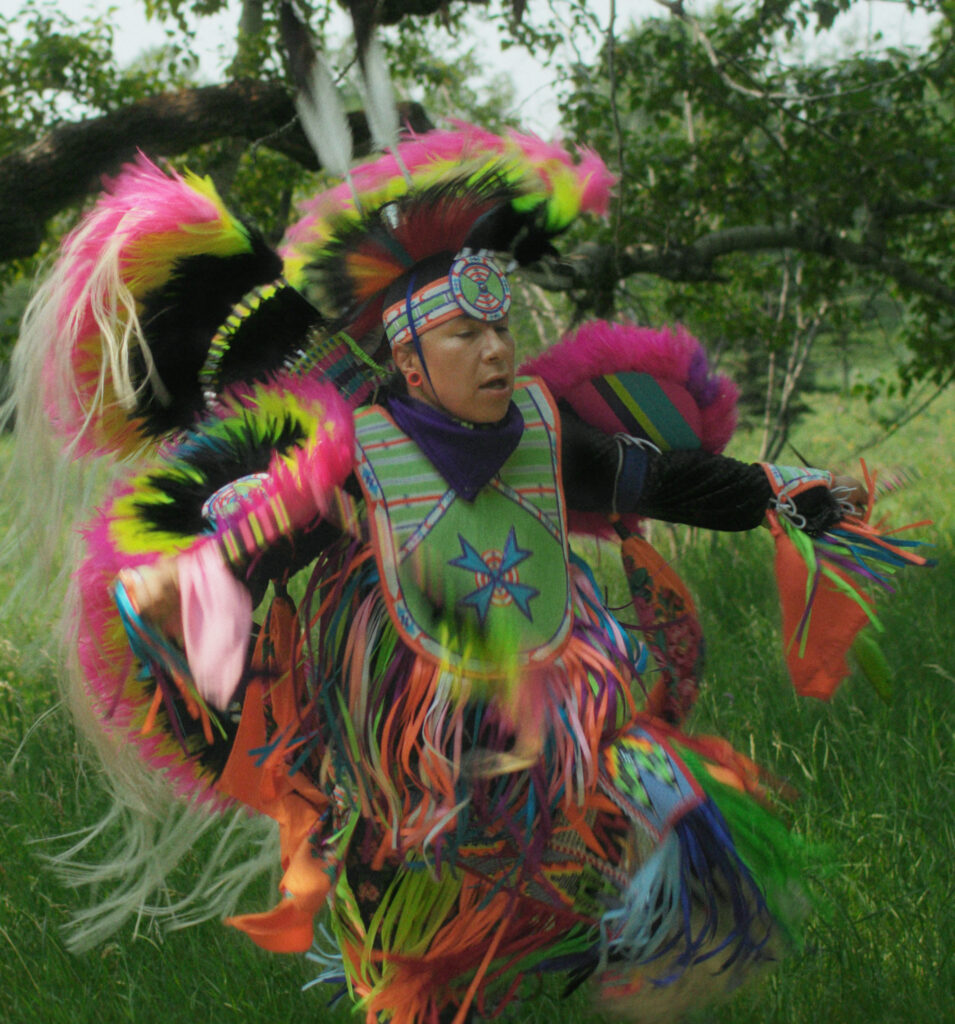 He struggled to find his true identity. He was never taught in the Blackfoot ways, his urban upbringing was far from the Blood Tribe lands, which challenged Kyle to find his true identity. When skateboarding wasn’t enough, Kyle turned to other means of coping, until he was introduced to Fancy Feather Dancing at a local powwow. Now Kyle uses the art form to express himself and educate others on the power of Blackfoot traditions, and help others on their addiction recovery journey.

This short documentary has captivating imagery, and parallels between skateboarding and Fancy Feather Dancing. While the story may be bright and colourful, its deeper meaning is to inspire others to be their best selves. Kyle is now a recovery coach at Recovery Coaches Alberta, devoted father and Fancy Feather Dancer who inspires and guides others on their own journey to wholeness.

Piita Aapasskaan is a TELUS original film and has just launched on TELUS Optik channel 8 and for free on the TELUS originals YouTube channel. This film provides much-needed inspiration at a time when many people are resetting and re-evaluating their life choices. Kyle hopes that his story will help others realize gratitude for where life leads us and for the people who support us.

The film is directed by Brock Davis Mitchell. Having grown up with Kyle, Mitchell had a curiosity and admiration for what Kyle had been pursuing in Fancy Feather Dancing, and wanted to create a film that showcased the journey of his skateboarding to dancing. What came from that was a deeper connection and more meaningful story about Kyle’s recovery and personal growth.

Mitchell’s work has garnered numerous accolades across the country including a 2020 Western Canada Music Awards nomination for ‘Video Director of the Year’, 2020 Toronto International Film and Video Award nomination for ‘Best Music Video’, to his more recent wins for ‘Audience Choice’ award at the 2022 Calgary International Film Festival and ‘Best Documentary Short’ at the 2022 Alberta Film and Television Awards.

The story of Kyle Young Pine has been a beacon of hope and empowerment for those who have
been impacted by generational trauma or the stigmas of substance abuse. The film continues to
be used as a resource for presentations and conversations around reconciliation, overcoming
addiction in families and seeking a deeper connection with culture.

“My recovery journey began in the fall of 2013 – November to be exact,” said Kyle. “After
surpassing 9 years in recovery this year, I aim to help others in whatever recovery looks like for
them. Working for Recovery Coaches Alberta has opened my heart to help others and I’m truly
honoured to have a great team to walk alongside with.”