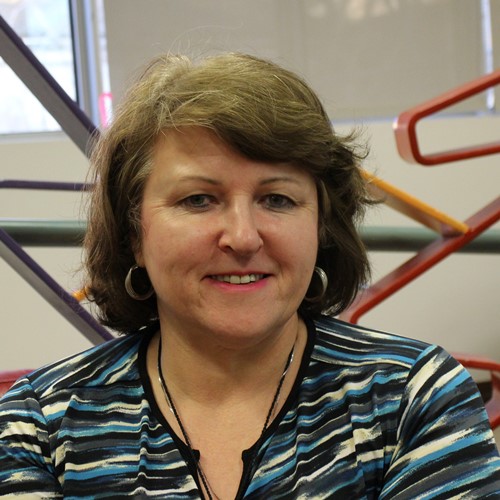 (ANNews) – It takes a very special person to take in people and care for them, one after another after another. Take Lise Robinson for example.

Back in the early 1990s while living in St. Paul, Alberta, this Metis woman housed approximately four dozen girls, over a period of several years. The girls were clients at Poundmaker’s Adolescent Treatment Centre in St. Paul. Were it not for people like Lise they might not have had a roof over their heads and their medical needs treated.

Big-hearted Lise took care of that. Then again, that’s not so unusual considering the giving nature of Robinson. Seems like she’s always looking out for others, being there for them and extending that frequent helping hand of hers.

When major Truth and Reconciliation Commission events were conducted in the Edmonton region, she was right there helping organize the media launch as well as the ever-so-important health support workers.

And when the Edmonton Oilers selected the highly acclaimed and renowned artist Alex Janvier, to produce a major piece of art for the new arena scheduled to open this fall in the downtown Edmonton area, who do you think was pushing that envelope? You got it, it was Lise Robinson again.

When it came to the Confederacy of Treaty Six dialoging with the city for recognition that it sits on Treaty Six territory, she was one of the sparks there as well. On various other occasions, she’s put forward names and nominations of numerous Aboriginal individuals for special awards recognition.

More recently, Robinson jumped aboard yet another special cause, that of accepting Syrian refugees anxious to escape the ravages of warfare plaguing their country.

In early December of last year, she opened her home to a man from Syria who had to leave his entire family behind. Those family members and there are several of them, are tentatively scheduled to be transported to Canada in about two or three months. Robinson thinks they will likely “be sponsored by churches, government and privately.”

For the potential safety of these individuals we at Alberta Native News are not using the real names of the refugees. The safety of their family members could be compromised. For the purpose of this story, we shall refer to Robinson’s Syrian resident as “Charlie.”

Since he’s been in Edmonton, Charlie’s been learning the ins and outs of the concrete business by Robinson’s husband, Kamel. Over in Syria he had wrested a living by driving truck.

Just how bad was it in Syria for Charlie? Robinson explained that the reigning regime bombed the city that Charlie was from and he lost everything, including his house and everything in it. He also lost an uncle and cousin.

Robinson first considered sponsoring Charlie about a year ago. When that decision was finalized and the new Justin Trudeau government came into power, it only took “about two months” to get Charlie to Canada, explained Robinson.

It’s been challenging for both Charlie and the Robinson household due to religious, linguistic, cultural and financial differences and factors. Charlie practices the Muslim faith. Since being in Edmonton, Robinson has been educating him about Aboriginal culture, history and traditions but it’s a work in progress.

As for the costs attached, in addition to personal sacrifices, these certainly impact the life of Robinson’s home.

When Charlie left Syria he had virtually nothing but the shirt on his back. Everything he owned he simply stuffed into a small bag no bigger than a pillow case. Fortunately, there was no cost attached to his air travel to Canada. That was supplied by the Canadian government.

Nonetheless, Robinson has had to make certain financial and personal sacrifices in terms of time, effort, and expenses. She’s had to help Charlie shop for clothing and extra groceries while setting aside time from her own busy schedule so that Charlie’s needs could be met. In the process, she’s tossed in a few little extras, like scrabble games and computer games – things that Charlie can access to pass the time while adjusting to a new home, culture and life.

Robinson understands the situation well. She’s lived in third world conditions herself, including three and-a-half years on a First Nation Reserve and a few months in India where dirt floors and no running water are an everyday commonality.

Educationally, she acquired a diploma from Blue Quills, followed by a Bachelor of Social Work degree from the University of Victoria. She has now devoted a combined total of 15 years as a social worker with the City of Edmonton’s Aboriginal Relations Office and Community Services which, incidentally, is scheduled to be renamed Citizen Services.

Today, at least one Syrian refugee can say he has a home, safety and security courtesy of an Aboriginal Canadian.

Once Charlie’s other family members make their way to Canada, one can rest assured that somebody, perhaps Lise Robinson herself, will be right here extending a helping hand – thoughtfully, selflessly, with no expectations.