On Friday, November 7, 2014, the Maskwacîs Cultural College (based in Maskwacîs AB)  will mark its 40th anniversary with a special “Raising The Teepee: Celebrating 40 Years of Educational Success” gala that will be co-hosted by the Four Nation Chiefs of Maskwacis.

“Everyone is welcome to attend the gala,” noted event coordinator Fran Ermineskin. “It’s going to be a wonderful and memorable celebration.”

The gala will take place at the Edmonton Marriott River Cree Resort beginning at 5 p.m. on November 7. Tickets for the event are $150 per person. For details about the gala or to purchase your tickets contact Elaine Littlechild at 780-585-3925 or by email to: [email protected]” 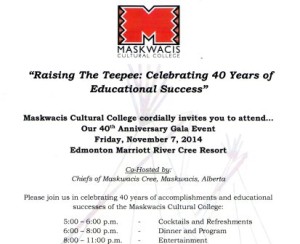 The evening gets underway with refreshments  at 5 p.m., a full course dinner and the main program starting at 6 and three hours of entertainment  from 8 – 11 p.m.

“We have an exciting program lined up to help us celebrate 40 years of accomplishments and ongoing educational success at Maskwacîs Cultural College,” assured Ermineskin, who suggests calling early because “the feedback and ticket sales for the event are going well and we expect to sell out well ahead of the celebration date.” 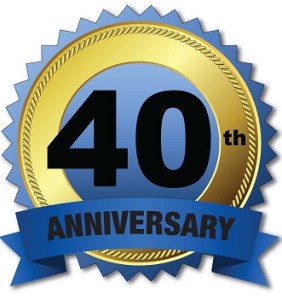 “The 40th Anniversary gala, like other local celebrations at the college,” noted Ermineskin, “will also include one of the institutions fund-raising events. As a non-profit college, we do face annual challenges and thus we are always seeking new and innovative ways to raise money for the school.”

A silent auction will be held throughout the evening. Those who attend the gala will have the opportunity to bid on one or more of the various works of art donated to the college by local artists and craftspeople and others who are stepping up to help the institution in its quest to secure additional funding.

“Bruce Cutknife and Tom Crier are putting together a story montage of M.C.C. over the last 40 years” explained Ermineskin, adding that “many of the College’s alumni will be on hand to speak, entertain and participate in other ways during the evening. Local alumni included as part of the entertainment will include Josh Littlechild and his band, Donna Potts-Johnson, Elder Jerry Saddleback, Jared Buffalo and a dance troupe.  For those who may remember, Elder Jerry Saddleback was a member of the Canadian Eagles Band back in the 60’s.”

The 2014 school year saw 92 students, including many from all four Maskwacîs Cree Nations, graduate from the array of programs offered at Maskwacîs Cultural College. The convocation ceremony took place at the Howard Buffalo Memorial Centre in late September.

“The numbers of graduates continue to grow,” noted Ermineskin, who credited the College’s philosophy, administration and teaching staff for helping enable the students to achieve success. 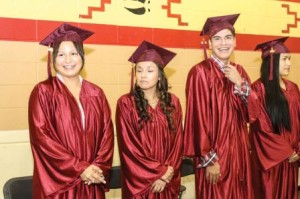 Members of the graduating class of 2014. Reposted from westakiwin.com 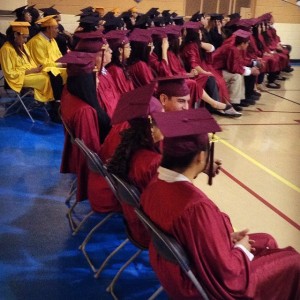 The 2014 graduating class of Maskwacis College.   Photo reposted from samsoncree.com

2014 graduates successfully completed programs that included Adult Education, University College Entrance, Cree Language Instructor Training, Early Childhood Development, Indigenous Social Work Diploma program, and the University diploma program. Other programs offered at or through the College include: Adult Basic Education (ABE), Bachelor of Education, Academic Upgrading, First Nations Management and Diploma Programs that lead to Bachelor of Education and Bachelor of Arts programs. Off campus student support is also provided, as is the Prior Learning Assessment and Recognition Program (PLAR), University Outreach Program and UCEPP – the University and College Entrance Preparation Program. Many of the programs are instructed at the Maskwacîs Cultural College while others are completed at various post-secondary institutions and universities across the province.

Maskwacîs Cultural College is a member of the First Nation & Adult Higher Education Consortium, a non-profit organization in Western Canada, which coordinates the efforts of its members to provide quality adult and higher education, controlled entirely by people of the First Nations.

Maskwacîs is an Indigenous People’s Cultural College that bases its “philosophy, process and functioning on the values, wisdom, teachings and beliefs of the Plains Cree Culture.” By using Cree Culture as its foundation the college provides its services to all Indigenous and Non-Indigenous People.

In 1974, the Four Bands of Hobbema established Maskwacîs Cultural Centre under the Cultural/Educational Centres Program of Indian Affairs Canada. From 1974 to 1986, the Maskwacîs Cultural Centre’s mission was to preserve Plains Cree culture and history, to support Cree language development and to provide Post-secondary opportunities to members of the Four Nations by brokering courses from various public institutions.

In 1986, the Board of Governors, with assistance and support of the Chiefs of Samson, Ermineskin, Louis Bull and Montana Bands, sought formal recognition for Maskwacîs Cultural Centre as a post-secondary institution. In July 1988, the Legislative Assembly of Alberta passed the Maskwacîs Cultural College Act (Bill PR20), establishing the Maskwachees Cultural College as a Private Post-Secondary Institution in Alberta with authority to grant certification to students at the Certificate and Diploma levels.

Be the first to comment on "Maskwacîs Cultural College celebrates 40th Anniversary: Nov. 7"