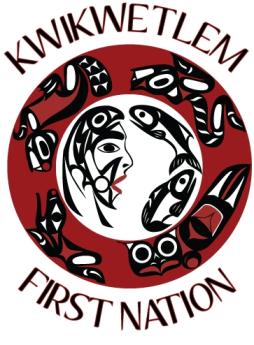 VANCOUVER /CNW/ – Kwikwetlem First Nation (KFN) has filed an Aboriginal title and rights and Charter claim with the Supreme Court.

The First Nation filed this claim on Feb. 9, 2016 as a part of its continuing efforts to ensure KFN title and rights over key areas in its traditional territory are properly recognized and protected.

“Our community has worked hard to be consulted and meaningfully involved in decisions about the planning and management of our land for years,” said KFN Chief Ron Giesbrecht.

“Although governments have taken some steps to involve us in making decisions about how our lands will be used, we do not feel our title and rights interests are being taken seriously. Given there are limited processes for resolving Aboriginal land claims for a small Nation like ours, this claim is the next logical step.” 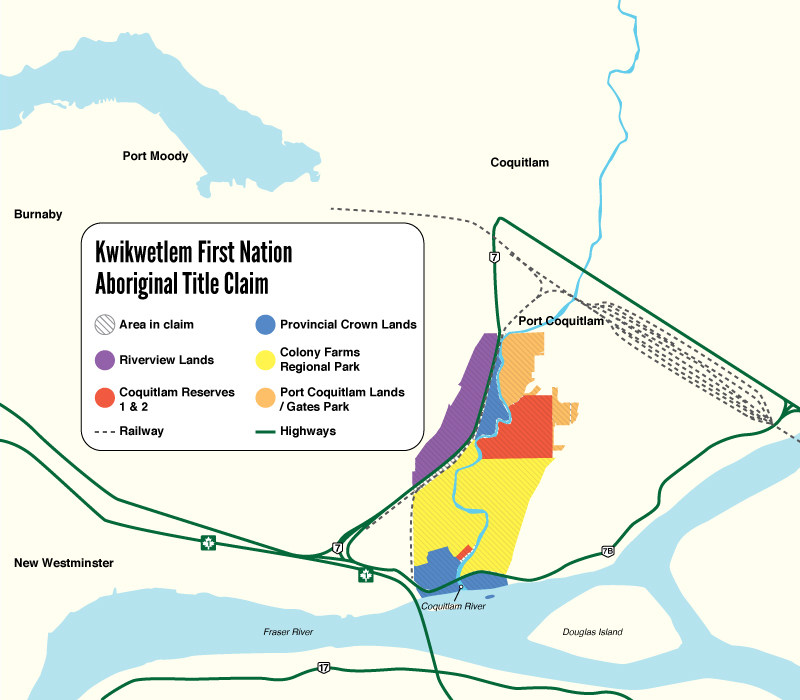 The claimed title areas in the case filed this month amounts to less than 1% of Kwikwetlem’s core territory, and includes the following lands, and their surrounding areas:

KFN believes that the case will help to ensure it is meaningfully involved in decisions made about its lands, a process highlighted by the Supreme Court of Canada, which called for a consent-based decision model in its 2014 Tsilhqot’in decision.  Chief Giesbrecht stated:

“We hope that the government will follow the advice of the Supreme Court of Canada and negotiate a fair and respectful resolution to our claim, which will allow us to build a strong future for our community.”

BC First Nations are rallying in support of KFN.

“Our First Nations have always hoped by supporting a meaningful consultations, that it will build a bridge of understanding towards reconciliation and partnership,” said BCAFN Regional Chief Shane Gottfriedson. “Our Aboriginal title and rights should be respected and the British Columbia Assembly of First Nations supports Kwikwetlem First Nation and urge BC Government to build a relationship that benefits true reconciliation.”

President of the Union of BC Indian Chiefs Grand Chief Stewart Phillip added,”I applaud Kwikwetlem First Nation’s declaration of their inherent Title and for protecting their Rights. It is vitally important for KFN to be truly involved in the management of their territory not as an interested stakeholder but as respected Title holders.

“The BC Government can no longer pretend KFN Title does not exist nor treat our inherent constitutionally-protected and judicially-recognized Aboriginal Title and Rights as an inconvenient checkbox of doing business in our respective territories.”