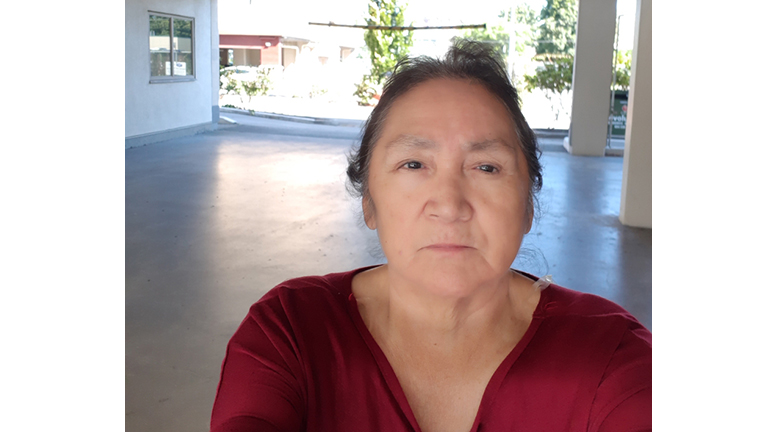 (ANNews) – Knowledge Keeper Doreen Starr is a soft-spoken angel. Describing the elder this way may cause her discomfort, but this was how the elders from Little Pine, Saskatchewan recognized Starr at six years old. Because of this, the elders gifted her the spirit name Kisikawiskew. “It’s because I connected with the grandmothers,” she smiled.

Describing her journey thus far, Doreen clearly and stoically shares what she has learned about her path and how her cultural knowledge has led to guiding others along theirs.

“I come from a history of residential schools which literally impacted the four aspects of my life: Spiritually, I was disengaged. Physically, I was beaten up and abused while in care. Mentally, [having just] come from the universe and having so much to offer but being [culture shocked and shut down]. And lastly, emotionally.” Discussing her path can be triggering, Doreen explains, “This is why I had to smudge before we talked.”

Starr speaks of returning to her cultural grassroots as doing a “turnover of her life” detailing being a part of the “third generation of that genocide” which really “disturbed” every community in Canada.

Now Starr is free from addiction and has been able to parent, having had “those things taken from me.”

One saving grace was Doreen Starr’s grandma who “took me under her wing and nurtured my spirit, because my spirit was so damaged.” Starr’s grandmother connected her back to a ceremony called the Rites of Passage.

“It’s so empowering and powerful and I thank her for that!” Originally thinking her grandma was mean, Starr now knows differently. “She could have taught me about parenting and other ceremonies, like how to respect Mother Earth but she chose Rites of Passage.”

In honour of her grandma, Rites of Passage is a program that Starr developed and now teaches at Bent Arrow Traditional Healing Society. “Me and my girl started the Rites of Passage Program. We have about twenty kids and get them involved in hands-on experiences and language. Cree is very sacred,” explains Starr, “It connects you to the universe and it connects you to the ancestors. It’s very important, so I’m very fortunate to be able to speak my language.”

Being a Knowledge Keeper, Doreen also does pipe ceremonies, “strictly for women as part of the Rites of Passage.” Starr also is able to do sweat lodges for women. “We all have these gifts and we have to go and find them. That’s why I like to say Creator is so kind to us, we need to do half, he will help us half-way.”

Doreen emphasizes the importance of being a role model. “You must carry yourself and walk that road and learn to love yourself and learn to respect yourself. Have that humility, that wisdom, that truth and compassion – it’s all there, we just have to reach out and give that fifty percent. Creator, spirit guides and your ancestors will give you that other fifty percent.”

Since the pandemic, Starr works with her kids and caseloads on Zoom. “Covid has changed many things,” she continues, “but this too is trying to teach us something.” Starr also regularly works for the Tipinawa (“shelter” in Cree) at the Shaw Conference Center in Edmonton. “This is where many go to have shelter and a safe place to sleep and eat.” Starr explains that Bent Arrow sends their staff there to help people that are homeless.

“A lot of our people are suffering from addictions, homelessness, suicide, missing and murdered women and men. We also have this second phase with children’s services,” Starr explains, “Some parents don’t know how to parent but it’s not their fault – that’s the way I look at it,” [through the lens of generational grief].

Healing is going to take time, and Starr stresses not to give up. “I’m going back and giving what was given to me. Sharing my knowledge and what I know about medicines, engaging my clients to elders that I’ve encountered. I’ve even gone to North Dakota and Idaho for Sundance. It’s a little different but it touches your spirit. Already I’m missing that ceremony but I still do it at home. I will smudge regularly and I smudge my water when I need to ground myself with Mother Earth.

“These traditional ways, through ceremonies, teaching, sharing even those creation stories of how Earth came to be, that’s for us human beings. We were the last ones on Earth. The animals were the second last that came and they wanted people in the universe. Acahkos means star. We are all stars is the way I was told. We are the spirit that is the connection.”