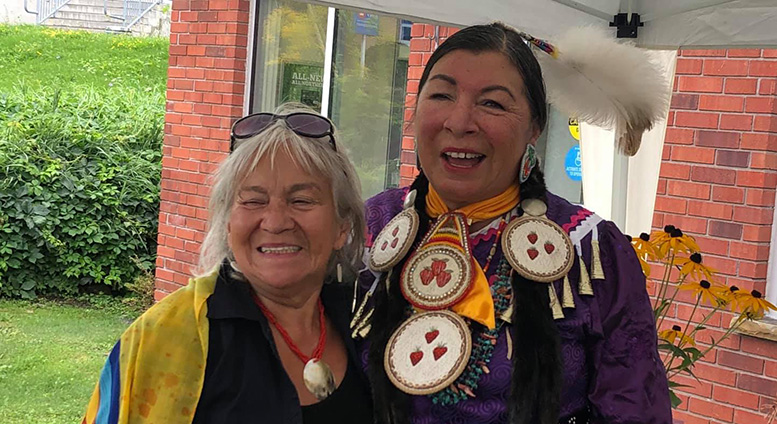 (ANNews) – We are in the early stages of an Indigenous literacy renaissance, correcting Canadian history through informed and fact-based historical material that includes indigenous voices or books written by Indigenous writers. Adding to this narrative is a children’s book by Karen Pheasant-Neganigwane called Powwow: A Celebration Through Song and Dance. It is a book that will make a great addition to any classroom in Canada.

Pheasant-Neganigwane, is a grandmother, an Anishinaabe dancer, educator, writer, artist, and orator from Wiikwemkoong on Manitoulin Island, Ontario. Back in October 2021, her new book was awarded the 2021 Norma Fleck Award for Children’s Non-fiction – considered to be one of Canada’s most prestigious awards for children’s books.

Pheasant-Neganigwane said her book is semi-autobiographical of her life as a powwow dancer, traveling through North America; it is told through the first-person point of view. The book sold out during its first print run and in the first three months of the book’s release.

Pheasant-Neganigwane, is a professor at Mount Royal University in Calgary. She previously taught at the University of Alberta for many years.

The accomplished writer’s education includes being mentored by iconic Indigenous scholars from the Great Lakes of her people to those in Treaty Three, Treaty Six, and currently in Treaty Seven territory.

Her western education includes a B.A. in Political Science and English Literature, and graduate studies in Educational Policy Studies from the University of Alberta. Karen is currently working on her doctorate, on the topic of Indigenous pedagogy and higher learning. 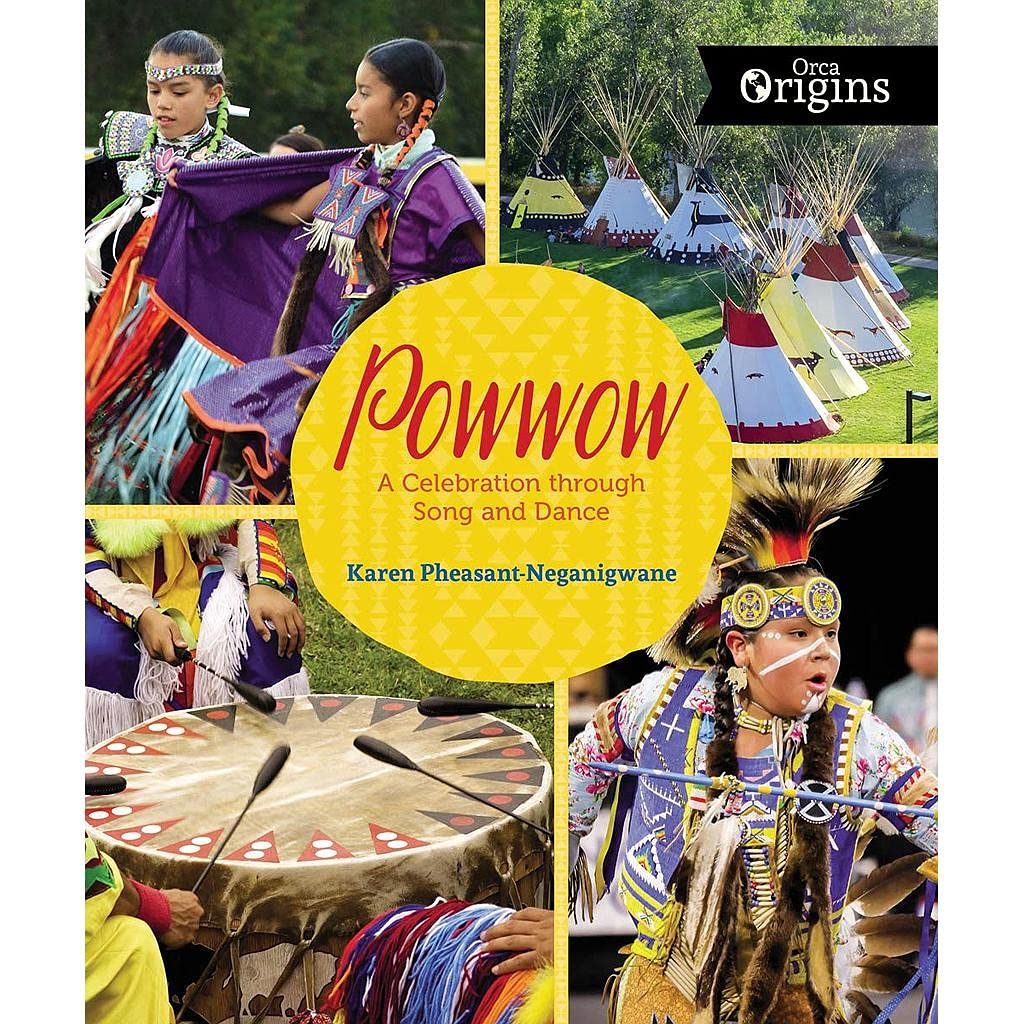 Powwow: A Celebration through Song and Dance was published in April, 2020 and it has garnered praise from the literacy world in Canada and the United States.

Pheasant-Neganigwane said instead of providing Indigenous History through a European perspective, her book offers an authentic perspective on powwow culture. “It’s a story on resurgence and survival of powwow culture,” noted the author. The book also features beautiful images by notable photographers such as Bert Crowfoot and many others.

Karen explained that her community has had a powwow for 60 years.

“Here in Alberta, Smoke Dance is not our common practice,” she said. “Whereas if you go east to the Great Lakes, Ontario and New York State – that is where the Smoke Dance originates. The dance is from the Iroquois people.”

There are other regional differences and cultural differences among North American First Peoples, added Karen. One example can be seen in the traditional women dancers in Southern British Columbia – where they wear cider hats.

One of the chapters in her book is dedicated to the variances among the Indigenous North American Tribes and the distinct uniqueness of each group.

“Non-Indigenous people sometimes romanticize the splendour of colours and the cute little children dancing. Society fails to understand that our powwow dance is a mode, a vehicle, an expression of political activism and empowerment,” said Pheasant-Neganigwane.

Historically the governments in the United States and Canada outlawed Indigenous culture and traditions. This is now very well-known among the mainstream public, but they don’t realize the extent, she added.

“Most of society doesn’t understand the concept that we are different tribes and different people,” said Pheasant-Neganigwane.

“In my classes, [many] students think Indigenous [people] speak one language and we are one people. There are hundreds and hundreds of tribes with different languages and customs.”

She explained that just like Europe which consists of different Nations like French, Polish, Ukrainian, and English – there are many different Indigenous Nations in North America.

“I also dedicated a chapter of the book to colonialism,” said Pheasant-Neganigwane.

In a conversation with the Calgary Public Library – that’s available on Youtube, Pheasant-Neganigwane said, “Regardless of the distinctness, skills, knowledge, uniqueness, and expertise – the policies of Canada and the United States were to disseminate and dissolve us. Turn us into egalitarian people – make farmers out of us. As much as they wanted us to be farmers, they had unjust rules for our Indigenous farming communities. However, they allowed Indigenous us to dress Indian and have Indian days if we were showing how we have become successful farmers. Especially in Alberta and Saskatchewan, we became cowboys.

Within the colonialism chapter, Pheasant-Neganigwane highlighted Buffalo Bill, The Wild West Show, and Sitting Bull. “Buffalo Bill saw a market to exploit, [with] capitalism, and greed,” she said. “There was an interest in watching the wild Indian.”

Europeans of that era thought all Indigenous people of North America would become extinct.

In her book, Pheasant-Neganigwane talked about the pass system and the impacts of racist policies that suppressed the Indigenous way of life.

“I am the first generation allowed to leave the reservation without a pass,” said Pheasant-Neganigwane.

“In the 1970s, when I went to the city, I was silent and abided, conforming and trying to survive…Today, there are a lot of us. We kept our languages and ceremonies…

“We go and we celebrate powwow,” said Pheasant-Neganigwane.

The Norma Fleck Award for Canadian Children’s Non-Fiction is a lucrative literary award founded in May 1999 by the Fleck Family Foundation and the Canadian Children’s Book Centre, and presented to the year’s best non-fiction book for a youth audience.