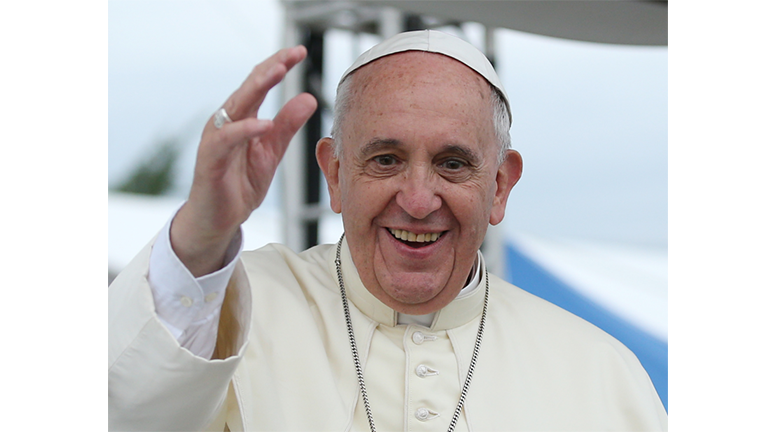 (ANNews) – Pope Francis will be visiting Edmonton, Maskwacis and Lac Ste Anne this week and for security reasons there will be major delays and road closures. Motorists should remain patient and respectful.

The Pope’s visit has been years in the making and is vital to many Indigenous people. It’s also thanks to the work done by the Truth and Reconciliation Commission, including the life work of Chief Wilton Littlechild, and many others. It’s important that we respect this sacred moment in the lives of people who are still feeling the impacts of residential schools.

Rolling road closures are scheduled for sections of the Queen Elizabeth II Highway and Highways 2A, 16, 43, 611 and 633 from July 24 to 27 to accommodate the papal motorcade.

Rolling closures mean that a highway closure will be in place before and after the Pope’s motorcade passes by.

Motorists can expect delays and should plan ahead and consider alternate routes where possible.

The Pope will arrive on the morning of July 24 and the QEII Highway northbound between the Edmonton International Airport and City of Edmonton will be closed until the motorcade passes by.

The QEII Highway southbound and Highway 611 west of Highway 2A will be closed between Edmonton and Maskwacis when the Pope travels from Edmonton to Maskwacis on the morning of July 25.

The QEII Highway and Highway 611 west of Highway 2A will be closed between Maskwacis and Edmonton when the Pope returns to Edmonton later in the afternoon.

Additionally, travellers can expect closures, significant delays and limited access along portions of Highway 2A, northbound and southbound, between Wetaskiwin, Maskwacis and Ponoka all day on July 25.

Travellers can also expect closures, significant delays and limited access along portions of Highway 611, eastbound and westbound, all day on July 25.

Highway 16 westbound, Highway 43 northbound and Highway 633 westbound will be closed when the Pope travels to Lac Ste. Anne late in the afternoon on July 26.

Additionally, closures and restricted access to Highways 16 and 633 can be expected on all range roads and township roads west of Highway 43 and east of Highway 765, south of Lac Ste. Anne.

Highway 633 between Highways 757 and 43 will be closed except for buses and local traffic.

The Pope will depart Edmonton on the morning of July 27 and QEII Highway southbound between Edmonton and the Edmonton International Airport will be closed.

Travellers are asked to plan ahead and make alternate travel plans if possible.

Information on the papal travel schedule will be posted at 511.alberta.ca

Highway closure information will also be posted on electronic message boards along the QEII Highway and Highways 2A, 16, 43, 611 and 633.

Be the first to comment on "July 24 – 29: Temporary road closures announced for the papal visit"