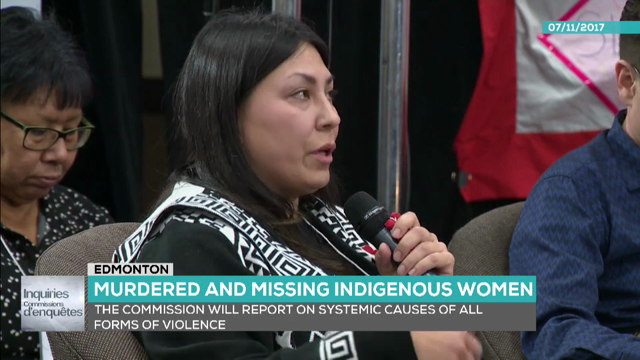 (Jan. 5, 2021) – Indigenous families and friends of murdered and missing women and girls will have to wait a little longer for Alberta’s MMIWG joint working group to provide direction to the Jason Kenney government on how the province should move to implement the 231 Calls for Justice in the final report of the National Inquiry into Missing and Murdered Indigenous Women and Girls.

The joint working group has asked for a “little extension” because of difficulties in gathering during the coronavirus pandemic, said Indigenous Relations Minister Rick Wilson.

“I want to have (the working group’s report) before the second anniversary coming out of when the report was released,” said Wilson.

Along with Indigenous Relations, the ministries of Justice, and Culture, Multiculturalism and Status of Women are also involved.

Wilson said he spoke with the joint working group in early December and they outlined issues they wanted to focus on and actions that could be taken immediately. However, he would not elaborate, saying “that will be their announcement to say that.”

Josie Nepinak, executive director of Awo Taan Healing Lodge Society, is one of four Indigenous women to sit on the working group. Nepinak would not offer any comment as to the delay. She directed Windspeaker.com to speak to one of the two co-chairs. However, neither Lisa Higgerty, executive director with the Hinton Friendship Centre, nor Rachelle Venne, CEO of the Institute for the Advancement of Aboriginal Women, were available for comment. The other Indigenous member on the group is Suzanne Life-Yeomans, co-chair of the First Nations Women’s Council on Economic Security.

The third MLA, Tanya Fir (Calgary-Peigan), was stripped of her position on Jan. 4 by Premier Kenney. She was one of six MLAs to travel outside of Canada over the Christmas holiday despite government and health advice to remain in-country during the COVID pandemic.

Joseph Dow, spokesperson for Indigenous Relations, said a decision had not yet been made as to who would replace Fir.

It is unclear whether Fir’s dismissal will further delay the report.

Any delay does not sit well with Stephanie Harpe, an advocate for Indigenous families.

Harpe’s mother Ruby Anne McDonald was murdered in 1999 in Edmonton. The Edmonton Police Service (EPS) has yet to charge anyone in her death.

Harpe shared her story and her experience with EPS when the national inquiry for MMIWG was in Edmonton in November 2017.

“I got to tell my truth. Powerful. Great. Okay, that’s fine. And I got to help a lot of Canadians start to understand. That’s wonderful,” she said.

The report from the national inquiry said the deaths of Indigenous women and girls in Canada constituted a genocide.

“Not having Canadians understand the true genocide of what’s happening here. This isn’t historical… People are thinking this happened so long ago, (saying) we’re so sorry. No. it’s still happening,” said Harpe.

She expressed concern that the joint working group may not understand the urgency of the need for action because three of the members are not Indigenous.

Harpe also calls into question that Indigenous people are not in control of what happens to them.

“All these people that are in these hierarchies that control our fate, we are not at that table of decision-making power yet and it’s wrong. That’s the whole reason why it’s not working for us,” she said.

To illustrate her point, she notes that last year when the national inquiry’s report hit its first anniversary it wasn’t marked by the Alberta government. It was Harpe, along with Stolen Sisters and Brothers founder April Eve Wiberg, who organized a convoy which traveled from Borden Park in Edmonton to the Alberta Legislature on June 3, 2020.

“That was powerful. The whole parking lot was full. We never saw that kind of gathering before. That was the only way we could get the attention,” said Harpe.

Action is what Harpe is after and she says that sentiment is shared by the many, many Indigenous families who tell her their stories.

“I hear from all of our people. That’s something I take very sacred. I’m honoured to do it. I just need the proper changes of action to happen now. Now 2021 is all about action. We’re done talking,” said Harpe.

Wilson insists the government has not been sitting still when it comes to measures to protect women.

The Disclosure to Protect Against Domestic Violence (commonly known as Clare’s Law) passed in October 2019. It allows access to a partner’s personal information if an individual feels at risk of domestic violence. Also, Bill 28, the Vital Statistics Amendment Act, which came into effect in July 2020, prevents anyone 18 or over who has been convicted of a “designated sexual offence” from legally changing their name.

Wilson also pushed in 2019 for Oct. 4 to be officially declared as Sisters in Spirit day in Alberta. The day honours missing and murdered Indigenous women and girls.

Shari Narine is a  Local Journalism Initiative Reporter for Windspeaker.com.