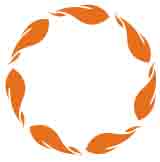 It should have come as a stunning shock when the Truth and Reconciliation Commission told Canadians earlier this month that more than 4100 Aboriginal children had lost their lives while in the hands of the five different church groups responsible of their care during the 126 year reign of the Indian Residential School (IRS) era. However, with more than 3.5 million files yet to go through, those numbers are expected to grow immensely during the coming year.

More than 150,000 Aboriginal children were taken from their homes and their communities during the government orchestrated, church administered IRS era, which commenced in the mid 1870s and continued through 1996.

The total number of deaths of young Aboriginal children enrolled in the often barbaric and brutal schools hasn’t yet been finalized but once the Commission has finished combing through the millions of documents in federal government archives the number could triple. The federal government, under Harper’s so-called “new” Conservative regime adamantly refused to allow the TRC access to all of the files but last January they were ordered by the court to hand over all pertinent documents. In August, a full eight months after the judge’s order, the government finally complied.

At the time, IRS survivor Terri Brown, a member of British Columbia’s Tahltan Nation told CBC News that “the truth needs to be told; we were really like little robots doing what we were told to do. We don’t have a choice. Whatever was conducted in there, whatever happened, as painful as it may be, we need to know that information because it can help us in the future.”

Unfortunately there was no future for many children who were mistreated, beaten, raped and tortured simply for speaking their own languages, talking at the dinner table or smiling at a friend. Numerous children died from exposure to outdoor elements such as freezing weather, others died in fires that sometimes burned the schools down while others succumbed to diseases like tuberculosis.

TRC Chair Justice Murray Sinclair said that “there is pretty significant evidence that disease and illness were the major causes, but contributing factors would be the conditions within the schools. We do know for example there were many reports of assessments being done of the schools showing that one of the reasons why tuberculosis was such a major problem was because the schools were poorly ventilated and the children were malnourished and incapable of fighting off disease.”

In other words the government schools and the religious caretakers neglected to provide proper conditions, sufficient medical treatment, warm clothing and wholesome meals. Many were beaten so badly that they died of their injuries and there are other examples of brutality that took place inside the walls of the residential schools. When the children died their parents were seldom informed; neither the government nor the church groups would pay to send the bodies home and so they were buried beside the school or in nearby fields, often without markings or any identification of the grave sites.

First Nations and other community leaders expect the ongoing investigation to build an even stronger case than already exists when it comes to the genocide that took place in Canada right up until the late 1990s.

Former Canadian Jewish Congress leader Bernie Farber told media last year that even without the additional files recently ordered to be turned over by the court, “there is certainly enough (evidence) to suggest that Canada was involved in genocidal policies.”

Prime Minister Harper, who offered an apology for Canada’s role in the schools back in 2007, didn’t want the federal archives released and his government tried to stop that from happening by going to court. That from a government who went to meetings in Europe following the apology and denied that colonialism ever took place in Canada. Farber told media that if the court hadn’t ordered the release of the information it likely would never have been released.

“We are hearing that the government has been kind of hoarding all the documents and giving them out very slowly to the Truth and Reconciliation Commission. We think all documents should be released.”

That slow process and Canada’s ongoing denial of wrongdoing causes even more concerns and has citizens wondering how many documents, if any, were shredded in the days and months leading up to the judge’s decision to order the document turned over to the Commission.

The provinces are also taking their time to hand over files that pertain to the IRS era. The only provinces that have turned over documents are British Columbia and Ontario; Alberta, Saskatchewan, Manitoba and the Northwest Territories operated the majority of the schools and they have yet to step forward. Why all the hesitancy? All provincial and municipal government bodies need to turn the documents over, admit their wrongdoing and accept the blame for their role in what has proven to be Canada’s most horrific piece of history.

As recent as Jan. 14, 2014 the Ontario Superior Court of Justice ordered Canada to produce documents to the TRC. Julian Falconer, counsel for the TRC stated, “It is troubling that we have had to go to Court twice now in under a year to get Canada to honour its obligation to produce all relevant documents. In my view, this is proof positive that Canada just doesn’t get it. There is a real risk that the government’s reliance on legal technicalities to avoid doing the right thing will undermine the Apology given so solemnly by the Prime Minister on behalf of Canadians five years ago.”

The government-supported, church-run schools operated under a misaligned policy of “civilizing” or assimilating Aboriginal children into western culture. Just like they did in medieval Europe, the churches scorned, punished and brutalized Aboriginal children because of their beliefs, their customs, their languages and their religions. Civility was the last thing that government and religious leaders had in mind when they scooped children up from their homes and communities and forced them into schools where they were brutalized on a daily basis. The TRC has been trying to get to the truth of the matter since 2008 but trying to identify just who went missing is proving to be a difficult task.

“It is a time-consuming effort, but I think at the end of the day we will probably be able to do that for most of the children and ensure that our search of the records also will tell us whether the families were ever informed and what the families were told,” noted Sinclair.

That will only happen when all of the files and archives have been turned over; now it’s time to put pressure on the provinces to come clean by handing over whatever information they seem insistent on keeping secret.