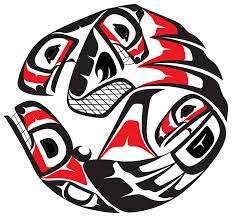 VANCOUVER, BRITISH COLUMBIA–(Marketwired – April 23, 2015) – Environment Canada had serious concerns with the Government of Canada’s proposed consultation approach for the Northern Gateway Pipeline Project, according to an internal government email obtained through the Access to Information Act.

An access to information request, filed almost four years ago by the Haisla Nation, shows Environment Canada highlighted a number of concerns with the project in an email dated September, 1, 2009. Some of those concerns included:

The list of concerns about the consultation process concluded: “It is not clear that it would meet the honour of the Crown duty,” according to the email.

Haisla Nation Chief Councillor Ellis Ross said the release of this information, nearly four years after the access to information requested was filed, is “incredibly late, coming well after the government’s decision to approve the project. Still, it confirms the concerns we’ve had all along with Canada’s approach to consultation.”

The Northern Gateway pipeline project proposes the construction of 1,178 kilometres of twin diluted bitumen and condensate pipelines and a marine terminal near Kitimat BC, in Haisla Nation Territory. The project would introduce regular tanker shipments of crude oil from BC’s north coast, through the territories of several First Nations. The Haisla Nation, along with Nak’azdli and Gitxaala Nations and five other First Nations along the proposed pipeline and tanker routes, is challenging the Government of Canada’s decision to approve the project through judicial reviews filed in the Federal Court of Appeal, on the basis of inadequate consultation.

“For years Nak’azdli and the Yinka Dene Alliance have said to Canada that its approach to consultation for the Enbridge proposal is seriously flawed,” said Chief Sam. “Now we can see that Canada’s own environment ministry agreed with us.”

A Transport Canada email dated August 31, 2009 also identified its concern that the consultation approach was not flexible enough to respond to changing circumstances or incoming information.

The email states that “the consultation plan as written does not appear to be flexible enough to account for changing circumstances and incoming information.”

Both emails were sent to the Canadian Environmental Assessment Agency in response to an email seeking comments on the approach to Crown consultation. Despite these concerns being raised, Canada “charged ahead” with its approach to consultation, said Chief Sam. “Now, many First Nations have been forced to go to court to challenge Canada’s Enbridge decision.”

Chief Clarence Innis of Gitxaala Nation said the emails show Canada has known since at least 2009 that its approach to consultation is misguided.

“We are shocked that, despite this, Canada pressed ahead with this dishonourable treatment of our Nation and other First Nations,” said Chief Innis. “This confirms the justice of our principled opposition to the shipping of bitumen through our territory and British Columbia’s Northwest Coast.”