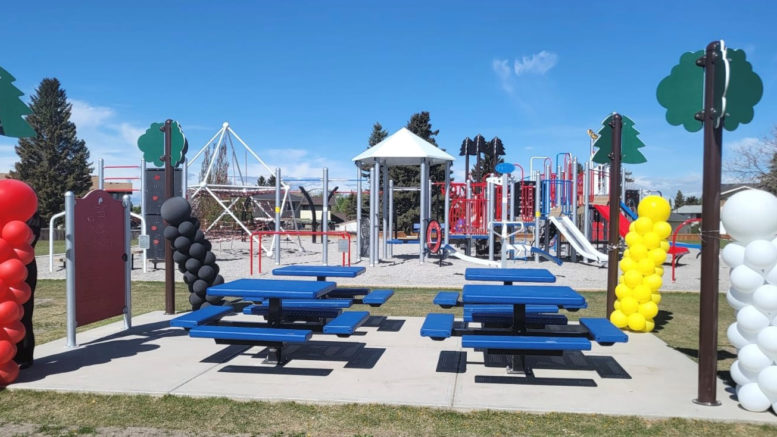 (ANNews) – A recently-opened playground at St. Kateri Tekakwitha School will give children in northeast Calgary the ability to play while learning about Indigenous cultures.

The playground includes an eagle climbing wall, a dream catcher-shaped climbing structure, an Indigenous “I Spy” with buffalos, a teepee and a wolf, among other activities. 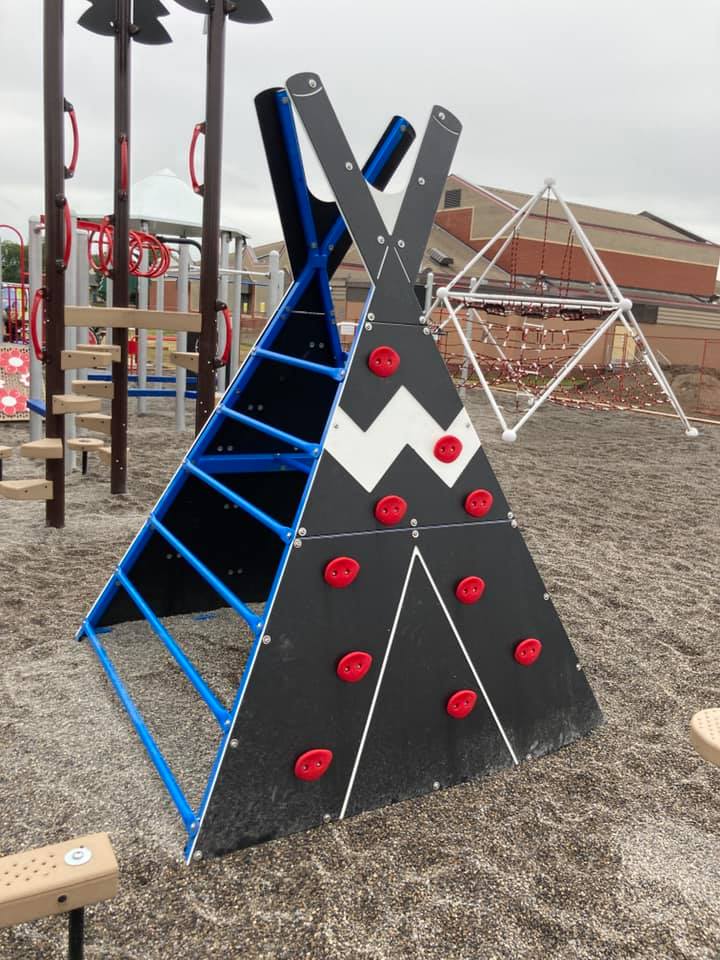 Additionally, there’s an outdoor classroom with four tables representing the four sacred medicines — tobacco, sage, cedar and sweetgrass — and a sharing circle. The purpose is for children to learn more about the cultures of the Siksikaitsitapi, Siksika, Kainai, Piikani, Amskappi Pikun and the Iyarhe Stoney Nations (Bearspaw, Chiniki and Wesley), and Métis Nation Region 3.

“We really wanted to incorporate as many learning opportunities and just educate people here on Treaty Seven about things that are here, that they may hear words or not know what things are,” explained Stacey Dyck, the Calgary Catholic School Division’s learning commons librarian and the St. Tekawitha School Education Society’s president.

The school had been without a playground for the past five years. It was installed in August 2021 by volunteers, and was entirely finished and blessed by District Elder Wanda First Rider at a smudge ceremony on May 27. First Rider was joined by Father Adrian Martins, who blessed the playground with holy water in accordance with Catholic tradition.

“We tried to be in line with Calgary Catholic values as well as Indigenous values,” Dyck said.

“All of our gatherings are led with the land acknowledgment, and specifically at this school, we lead with our prayer for St. Kateri that we say each and every day,” he said.

St. Kateri is an Algonquin saint, demonstrating the school’s dual Catholic and Indigenous identity, Solyom added. This makes the school an appropriate place to “create an anchor” for reconciliation, he said.

The playground is open to everyone, particularly those in the nearby Abbeydale and Forest Lawn neighbourhoods.

“We want people to know that this space is here to be used,” said Dyck. “I would love nothing more than to see a group of people gathering on the sharing circle and having a conversation, a program using it in a good way, or a family having a birthday party on the picnic area.”

The playground and classroom were funded through a $125,000 provincial grant and $25,000 from the Parks Foundation of Calgary, with the rest composed of smaller donations from community members.