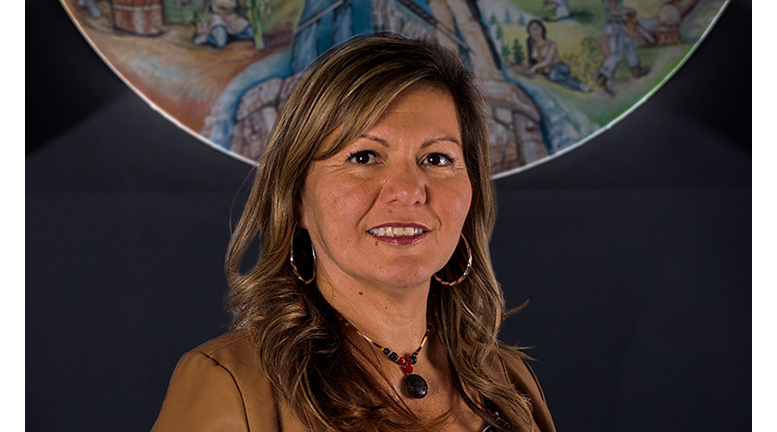 (ANNews) – Indigenous delegates who traveled to Rome to meet with the Pope and share their experiences were given the opportunity to tour the Anima Mundi Ethnological Museum, which includes the Vatican’s collection of stolen Indigenous artifacts, The Canadian Press reports.

Some of the artifacts in the collection have never been seen before.

“We are in 2022 and our history is being stored and shown in other countries where nobody understands,” Marie-Anne Day Walker-Pelletier, the retired chief of Okanese First Nation in Saskatchewan said on March 29.

Walker-Pelletier, a residential school survivor, told CP that if the Roman Catholic Church is truly committed to reconciliation, it will open the exhibit for all to see.

“That’s one of the things the Pope needs to look at, how does he reconcile and bring back the artifacts,” she said.

According to CP, the artifacts included embroidered gloves from a Cree community, a baby belt from a Gwich’in community, moccasins from British Columbia, a rare kayak made by Inuvialuit, as well as assorted masks, wampum belts, pipes and rugs.

Much of the museum’s collection is from a world exhibition Pope Pius XI hosted in 1925, when the Vatican called on missionaries from across the globe to send in items.

Many of the objects were stolen from Indigenous peoples after Canada outlawed their practices with the Indian Act of 1876.

Kukpi7 Chief Rosanne Casimir of the Tk’emlúps te Secwépemc First Nation in British Columbia, where 215 unmarked graves were uncovered last year, said she had mixed emotions walking through the museum, feeling at home among Indigenous artifacts while knowing she was on the other side of the world.

She told CP she wishes delegates were given more time at the museum to reflect on the items on display and photograph them.

Tanya Talaga, author of Seven Fallen Feathers and a Globe and Mail columnist, said she was asked to leave the museum when she took photos of some of the items.

“I am an Anishinaabe kwe. I am here as a journalist. A storyteller. I am honoured to document the historic meetings with the Inuit, Metis and Assembly of First Nations delegation,” Talaga tweeted. “Globally, Indigenous Peoples have requested access to these items. All should be allowed to see them.”

Mitch Case, a historian and regional councillor with the Métis Nation Ontario, told CP he didn’t see any identified Métis items on display.

“I don’t think that’s because there aren’t Métis things there,” he said.

He said many Métis were devoutly Catholic at the time the items were taken to the Vatican, so he finds it difficult to believe the museum doesn’t have any Métis artifacts.

“Because we don’t know what’s in there, I can’t make any judgment whether it was deliberate,” he said. “I just don’t know.”