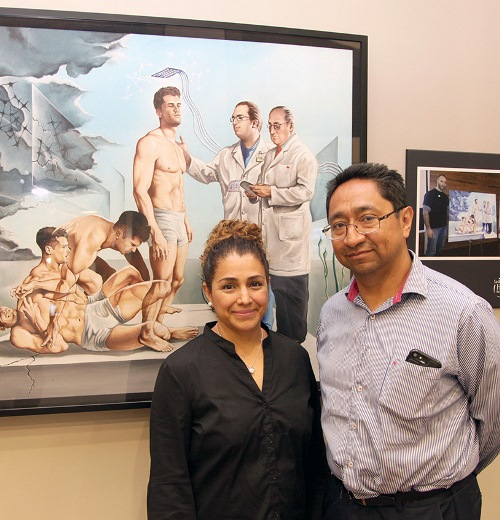 SASKATOON — University of Saskatchewan (U of S) researchers have discovered that the incidence of epilepsy in the Canadian Indigenous population is twice that of non-Indigenous Canadians.

In a study published today in Seizure: European Journal of Epilepsy, a team of epidemiologists and neurologists led by Dr. Jose Téllez-Zenteno has established for the first time a Canadian national incidence rate of 62 new cases of epilepsy per 100,000 people per year. For self-identified First Nations patients, the rate is 122 per 100,000.

“We don’t have the exact reason for the difference in rate,” Téllez-Zenteno said. “Some other studies have shown higher rates of traumatic brain injury in Indigenous populations. Head trauma is correlated with epilepsy, so, we think that’s one of the factors.”

Anything that disturbs the normal pattern of brain activity can lead to seizures, he said.

“Until now, there has been very little epidemiology research done about Aboriginal peoples with epilepsy. Epilepsy is the most common neurological condition worldwide, but there are numerous gaps in knowledge,” said Dr. Lizbeth Hernández-Ronquillo, first author on the paper.

The research was also co-authored by U of S epidemiologist Dr. Lillian Thorpe and biostatistics professor Punam Pahwa.

While epilepsy can occur at any age, the U of S study data indicate that incidence tends to increase with age. Health problems such as strokes, dementia, and tumours that increase with age also increase the likelihood of epilepsy.

Using Saskatchewan health records from 2001 to 2010, the researchers combined information from three different databases to gather data on patients who were either hospitalized for epilepsy or had two physician visits with an epilepsy diagnosis.  From demographic information, they were able to separately examine records from patients who self-identified as status First Nations people.

The Saskatchewan data was then age-adjusted to be representative for all of Canada.

Overall, inequalities including socioeconomic circumstances and education may pose differences in epilepsy risk. Future studies should explore reasons accounting for these findings in order to make targeted changes in health provision, said Hernández-Ronquillo.

Regardless of the health indicator explored, Canadian Indigenous peoples have been shown to suffer a disproportionate burden of illness with poor outcomes, she said.

“Epilepsy is a disease, like diabetes in that it can be treated—it can be cured or controlled,” Hernández-Ronquillo said.