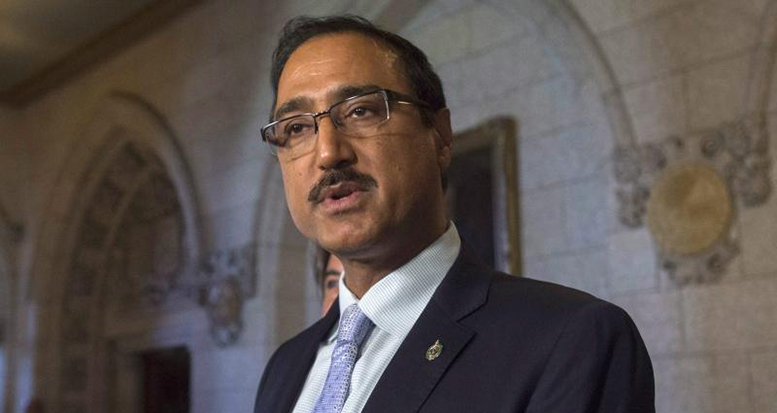 (ANNews) – Following the momentous night of October 18, 2021, Alberta Native News (ANNews) outlined what Indigenous people should be expecting from the new Mayor and City Council. That article touched briefly on what His Worship, Mayor Amarjeet Sohi included in his campaign, and the direction his advisors felt Edmontonians needed to go. The election period was one of polarizing perspectives and attempts to attack the credibility of front-runners like Mayor Sohi.

Aside from these attacks and troubling rhetoric, Edmontonians ultimately chose to take the city in a new direction. A direction focused on equity, addressing racism, reconciliation and creating an “Edmonton for All.” With those marching orders, Mayor Sohi took time the morning of October 28, 2021 to chat with ANNews. Questions and topics focused on his campaign promises and his experience gained holding national portfolios like Minister of Natural Resources.

The newly elected Mayor shared his deep respect for the territory of Treaty No. 6 and acknowledged “I came to the city with nothing… and my ability to be on this Treaty land allowed me to be successful.” This acknowledgement fuels his commitment to reconciliation, and the ongoing understanding that more work is needed.

From the onset of this new city council’s term, this aspect of recognition has been front and centre. As part of the swearing in process, each incoming councillor and Mayor are required to take an Oath of Office. For the first time in Edmonton’s history, this oath included a recognition of the territory and Indigenous peoples. The oath was shared with ANNews and appears as follows:

I, [NAME], swear that I will diligently, faithfully and to the best of my ability execute according to law the office of Councillor [Mayor] and that I will faithfully observe the laws of Canada including Treaties with Indigenous Peoples. So help me God.

I, [NAME], solemnly affirm that I will diligently, faithfully and to the best of my ability execute according to law the office of Councillor [Mayor] and that I will faithfully observe the laws of Canada including Treaties with Indigenous Peoples.

Although a small change, these types of recognitions and statements can have lasting effects for those that hear them. It also shows a progression of the institutions to move beyond archaic traditions and reflect modern understandings. Previously, additional changes included allowing councillors to swear in with an eagle feather or upon their religious texts or symbols.

Mayor Sohi continued to commit the City and administration to meeting their Truth and Reconciliation Commission’s (TRC) Calls to Action. This included the establishment of a Reconciliation Council that would serve as a watchdog, with annual reporting mechanisms.

“We want to make sure that we build upon work of previous councils and initiatives, including the Indigenous Framework… partnership has always been and will continue to be my approach to working with Indigenous communities.”

“The work may be tough, but it is very important and needed… We need to empower groups like the Indigenous Relations Office (IRO) by elevating them within administration.”

Moving on to the work of the Community Safety and Well-being Task (CSWB) from 2020, Mayor Sohi pledged to carry the recommendations forward to make Edmonton safer for Black, Indigenous and other People of Colour. One important part of this work that he wants to address is the racism that exists “between and within” marginalized communities.

He shared “…often trauma causes a racialized person to hold bias against another. We have to recognize the trauma that causes these biases and work together to address them. If we do not, it weakens us as a whole.”

Recognizing that some of the projects he was involved in at the Federal level, namely the Trans Mountain Expansion Pipeline (TMX), may not sit well with all Indigenous groups, the incoming Mayor has committed to continuing his respectful approach. He is fully supportive of a unique approach to engagement and consultation based community needs. Mayor Sohi remains committed to maintaining relationships and ensuring that issues are addressed as they arise.

“My commitment is unequivocal, and as we move forward on this complicated path, we will need to be thoughtful, but my heart is in the work, and I will make sure the City is there too.”

Be the first to comment on "Hopes for Indigenous Edmonton: A Chat with Mayor Amarjeet Sohi"