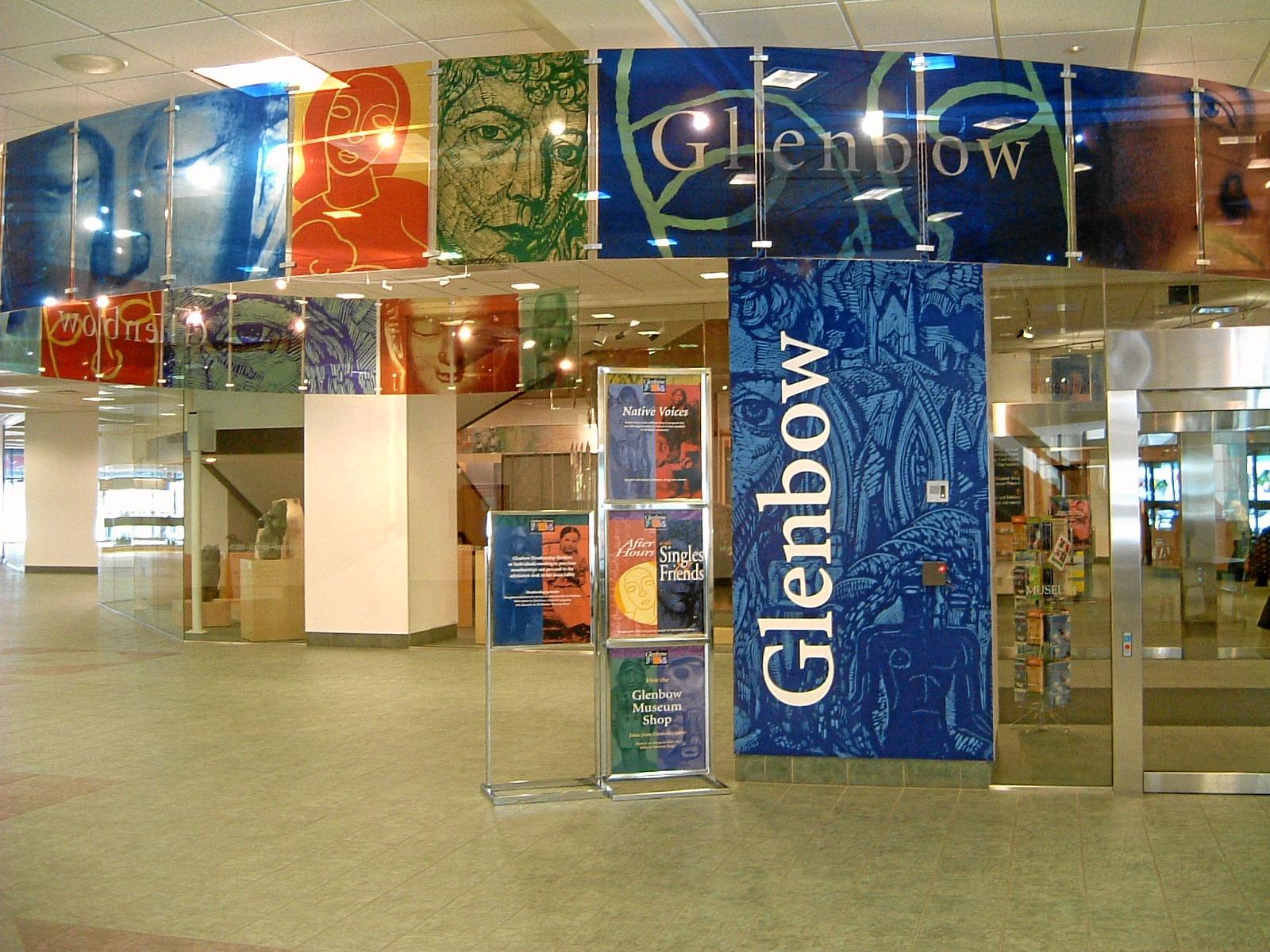 (ANNews) – Calgary’s Glenbow Museum isn’t the largest of its kind in Canada, but it is most definitely one-of-a-kind and as such it is an attraction that readers will not want to miss out on this summer. A visit to the Glenbow can take place just about any time you find yourself in the downtown core of Canada’s third largest city, but there’s no time like the present, especially if you are interested in viewing the three major, but temporary exhibits currently being showcased on the facility’s second floor.

“We change our temporary exhibits three times each year,” explained Glenbow’s Vice President of Access, Collections and Exhibitions, Melaine Kjorlien, who noted that “two of our main temporary attractions will be winding up on September 18; one will remain until the new year. These three exhibits have been quite popular since they first opened in mid-June and will be of particular interest to anyone studying or wanting to learn more about Indigenous culture and tradition.”

As part of the Glenbow’s commitment to expand the reach and impact of art and culture in the community at large, it is offering several special access programs that assist visitors with the cost of admission. The Aboriginal Access Program provides First Peoples (First Nations, Inuit and Metis) with complimentary admission and the opportunity to reconnect with their heritage and ancestry. If you are an Indigenous person, admission to the Glenbow is free and pre-registration is not required.

The Glenbow also has several permanent exhibitions, including the Blackfoot Gallery: Niitsitapiisinni: Our Way of Life. The Blackfoot share their story through interactive displays and artifacts and through a circular narrative path that guides visitors through Nitsitapii history. This innovative permanent gallery, located on the third floor of the Glenbow, is the culmination of 10 years of collaboration and friendship and showcases artifacts and artwork from Glenbow’s world-renowned Blackfoot collections.

“This unique exhibition of Blackfoot culture and tradition,” explained Kjorlien, “was assembled with the input of the Blackfoot people. We worked with a team of Elders who told us their story and collaborated on what they wanted to say, and what they thought all visitors to the exhibit should know about their history.”

First Nations educators, taught by Blackfoot leaders, educators and Elders, offer education programs for students in Grades 3, 4 and 5. See the website at the end of this article for more information.

This fascinating collection of Blackfoot history, artifacts and art work is a must-see exhibition for every student, scholar, educator and historian.

The second floor of the Glenbow is hosting three major exhibits, two of which will close in mid-September. They include: “Edward S. Curtis: One Hundred Masterworks” and “First Person: Contemporary Indigenous Portraiture.” A third exhibit, “Power in Pictures: The Outside Circle and the Impact of the Graphic Novel,” will remain at the Glenbow until Spring 2017.

“Edward S. Curtis: One Hundred Masterworks” is on exhibit at Glenbow Museum in Calgary until September 18, 2016.

“Edward S. Curtis: One Hundred Masterworks” was organized by the Foundation for the Exhibition of Photography and is being curated by Christopher Cardozo and Todd Brando. Many of the photographs in this unique exhibition date back to the late 19th Century and “today stand as a landmark in the history of photography, book publishing, ethnography, and the history of the American West.

Curtis’s collection of photographs numbers somewhere between 40 and 50 thousand, noted Kjorlien. “The collection also contains a number of voice recordings and interviews that discuss families, ceremonies and societies. Curtis was an American from the Seattle area; it was through his own volition, and his own ideas that he decided to study, record and portray the lifestyles and cultures of the Indigenous peoples of North America. He viewed Indigenous peoples as a vanishing race and he was determined to capture their essence via photographs, illustrations and recordings. He spent a great deal of time in western Canada and met at length with the Piikani of southern Alberta and the Blackfeet of Montana. This collection displays 100 iconic images, many on powwows and Indigenous ceremony. Over the years some people have claimed that some of his work was flawed in that it didn’t capture spontaneous events but instead was shaped to “suit the occasion.”

Curtis’ core mission was to safeguard and preserve the ‘sacred legacy’ of Indigenous peoples for future generations by creating a permanent record of their lives in photographs, film, sound, and text. Today this work stands as a landmark in the history of photography, book publishing, ethnography, and the history of the American West. The collection from which this current exhibition is drawn comprises over 3,000 vintage Curtis photographs and related objects. Edward Curtis was born in 1868.

“First Person: Contemporary Indigenous Portraiture” is on exhibit at Glenbow Museum in Calgary until September 25, 2016.

This collection is based on artwork that utilizes photography, film and/or video in its making.

“This exhibit,” noted Kjorlien, “is a collection of contemporary Aboriginal images created by today’s amazingly talented Aboriginal artists and represents the provocative thinking of today’s masterful artists. In First Person, contemporary Indigenous artists are using the camera and the images it produces to create works of art that interrogate the complexities of identity, legacy and the mercurial power of the image.”

“Power in Pictures: The Outside Circle and the Impact of the Graphic Novel” is on exhibit at the Glenbow Museum in Calgary until Spring 2017 .

“Power in Pictures: The Outside Circle and the Impact of the Graphic Novel” is the culmination of a series of workshops hosted at Glenbow that connected young people from USAY (Urban Society of Aboriginal Youth) with artist Kelly Mellings, illustrator of the graphic novel “The Outside Circle” by author Patti Laboucane-Benson.

“This exhibition,” explained Kjorlien, “included a lot of different workshops with youth – who had a lot of input and ideas about issues that are affecting them, and society today. Healing and the healing process was one of the key topics discussed.”

“The Outside” is an important graphic novel that tells the story of two Aboriginal brothers surrounded by poverty, gang violence and drug abuse and their attempt to overcome generations of historic trauma. They are attempting to bring positive change into their lives and they have different ways of doing so. The story is powerful, courageous and deeply moving. “The Outside Circle” is a product of the author’s 20 years of work and research on healing and reconciliation of gang-affiliated and incarcerated men.

“The Outside Circle and the Impact of the Graphic Novel” is a smaller exhibition but it delivers a large and very interesting look at young people and the issues they are dealing with today.

Youth participating in the project were encouraged to tap into their own creativity to create comics and masks that drew on their own experiences to tell a story. A shared and collaborative space, the gallery features the art created by the USAY participants hung alongside that of the artist who taught them, creating a space where complex feelings and experiences are explored through art.

As a key cultural cornerstone in Calgary for 50 years, Glenbow has surprised and engaged generations of Albertans and visitors to the province with remarkable connections between art, culture and the world around us. Glenbow provides us with a sense of place – what it means to live in this amazing landscape – and an appreciation for the legacy of the remarkable people and events that have shaped our community.

“Glenbow’s collection,” notes the museum’s outstanding website, “represents Western Canadian art and culture, both as a repository of important cultural history but also as a living record of contemporary life in this part of the world. Our collecting priorities respond to our community and over the past 50 years, the collection has shifted and adapted to incorporate new voices and perspectives. Our collection includes over a million objects, documents, photographs and artworks, making Glenbow one of the largest museums in western Canada.”

Last year, more than 125,000 visitors passed through Glenbow’s doors, including more than 65,000 school children who took part in School Programs and the Glenbow’s Chevron Museum School.

The Glenbow Museum began with the remarkable vision of petroleum entrepreneur and lawyer Eric Lafferty Harvie. Mr. Harvie came into his fortune when oil was discovered on the land to which he held the mineral rights, with the discovery in Leduc in 1947 and in Redwater in 1949. With this prosperity, he decided to pursue his favourite passion – collecting – and simultaneously return some of his good fortune back to the region that had been so generous to him. Mr. Harvie’s goal was to collect the objects that represented the history and culture of Western Canada as well as from around the world. One visit to the Glenbow will tell you that those goals were accomplished.

To learn more about the Glenbow Museum and its current and future exhibitions, see the website at: glenbow.org.