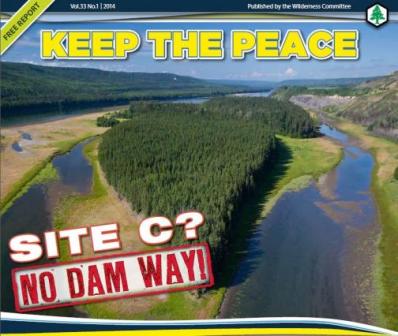 FORT ST. JOHN, TREATY 8 TERRITORY–(Marketwired – Nov. 6, 2014) – On November 5, 2014, Doig River First Nation, Prophet River First Nation, West Moberly First Nations and the McLeod Lake Indian Band filed a judicial review in Federal Court challenging the decision of the federal government to approve the proposed Site C project. Despite the findings of the independent Joint Review Panel that the proposed project will have significant adverse effects on the environment and on the traditional land use of the Treaty 8 First Nations, the federal government nevertheless wants the project to proceed. According to the First Nations, the government’s decision disregarded relevant findings of the Panel and did not adequately consider the infringement of the First Nations’ Treaty rights that will result if the project proceeds.

The First Nations will also be filing a judicial review in British Columbia Supreme Court of the provincial decision to issue an Environmental Assessment Certificate for the Project. 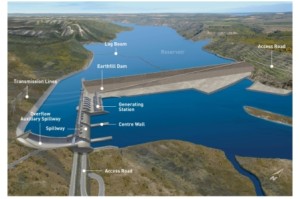 The Peace River valley, according to Chief Norman Davis of Doig River First Nation, “is a unique spiritual place for our people to meaningfully exercise our Treaty rights. No amount of money could compensate us for the loss of this valley. We cannot support the destruction of the Peace River Valley.”

Chief Lynette Tsakoza of Prophet River First Nation points to the consequences of the project to the region’s First Nations, the “Peace River region is undergoing enormous stress from resource development. The cumulative effects of the developments in our territory are making it difficult for us to meaningfully exercise our Treaty rights. Site C will make it difficult, if not impossible, for our members to meaningfully carry out their fishing activities.” 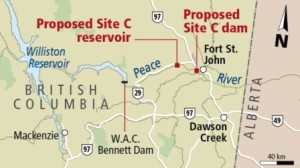 Existing industrial developments have caused significant adverse effects, according to Chief Derek Orr of the McLeod Lake Indian Band: “The W.A.C. Bennett Dam and Peace Canyon Dam were constructed without consultation with our First Nations. Our fish have been poisoned; our caribou have almost been completely extirpated; we’re rapidly running out of places to meaningfully exercise our rights. We do not consent to Site C.”

Chief Roland Willson of West Moberly First Nations notes that the Joint Review Panel “found that the Project is not needed now, alternatives were not explored and the adverse effects on our Treaty rights could not be mitigated. We do not see how the federal government could have concluded that the project could be justified given the massive infringement on our Treaty Rights.”