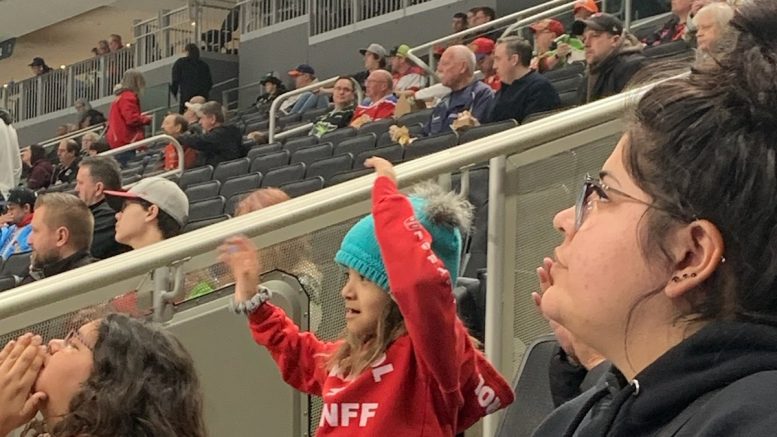 (ANNews) – Over 7000 excited students were bused into Rogers Place and played hooky from school on February 25 to watch the Edmonton Oil Kings clean up against the Winnipeg Ice in an awesome 10 – 1 victory.

It was a special kind of annual hooky event called Hockey Hooky that brought the students to Edmonton – hosted by the WHL and the Oil Kings. Thanks to Kingston Ross Pasnak LLP Chartered Accountants (KRP), 150 First Nations youth and their teachers attended the event. 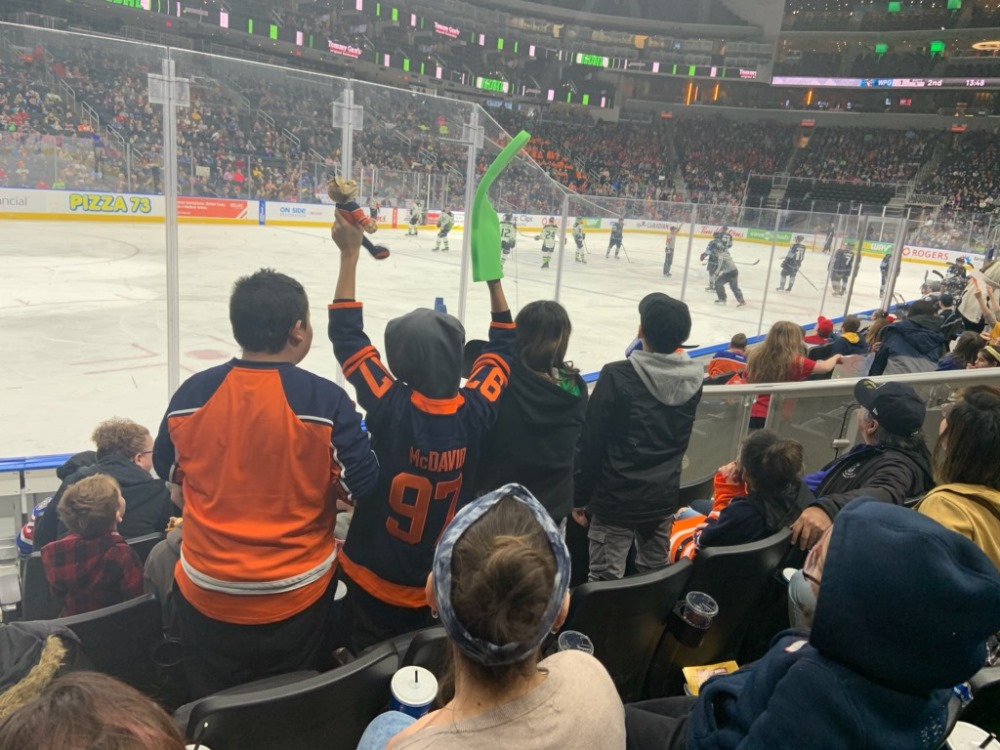 The students had a great time at the game, said their teachers who accompanied them on the trip. It was a very successful field trip on many levels.

“Students were given the opportunity to watch Oil Kings play and experience the excitement of a hockey game,” noted Vera Cardinal, Principal of the onchaminahos School in Treaty Six Territory.

“Onchaminahos students were able see hockey skills displayed by Oil King’s and see teamwork among the players.  Spending time away from school with their teachers and peers was another highlight for our students,” she added.

“It was a long trip back to Saddle Lake Cree Nation for some of the students, however they said they had a great time.  They were amazed of the hugeness and brightness of Rogers Place -Edmonton.”

Hockey Hooky is an event where schools from across “Oil Country” in Northern Alberta join the Oil Kings for an afternoon of hockey, education, and fun. The Oil Kings hosted a WHL hockey game, with a built-in an educational component including student workbooks, in-game educational elements, and additional teaching resources accessible in advance of the game to all participating classrooms. 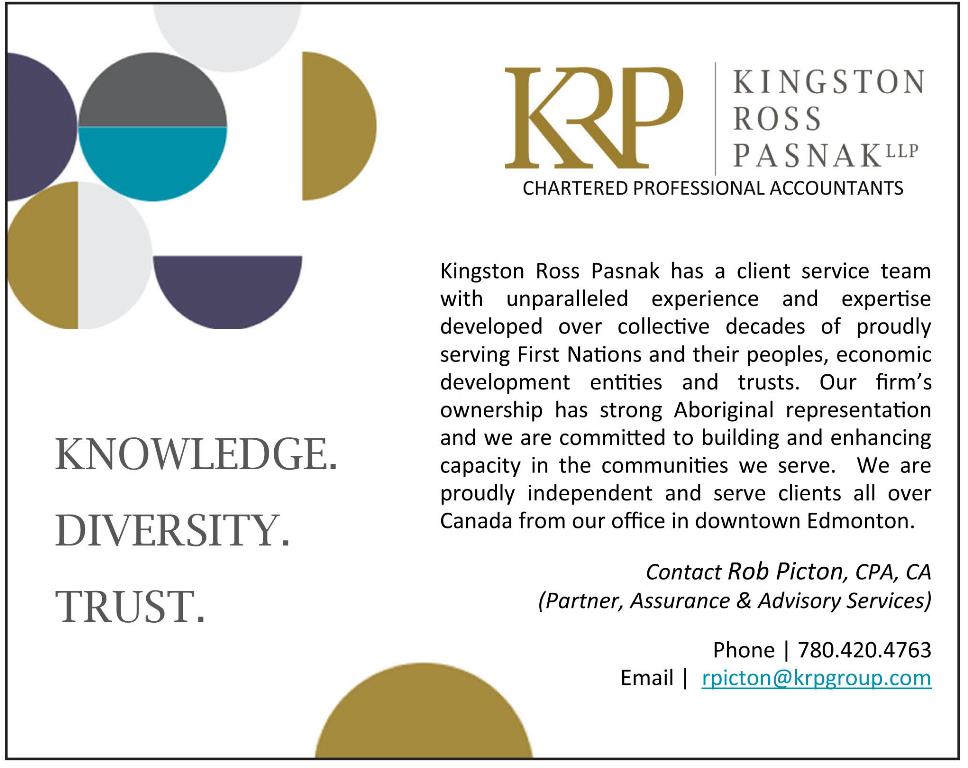 KRP is pleased to play an active role in sponsoring the First Nations students to the event.

“Indigenous engagement and capacity enhancement is a key part of our working relationships with our First Nation communities,” said Rob Picton, a Partner at KRP.

“We try to hire accounting staff and summer students from the communities in which we serve, and our Hockey Hooky initiative just takes this a step further, by trying to inspire Aboriginal youth through sport.

“We know that for a lot of the youth, this is their first visit ever to Rogers Place, and they are inspired not only by the action on the ice, but also by seeing Alex Janvier’s incredible mosaic in Ford Hall as they approach the gates.  It has been a great experience and with this year’s 150 kids, and we are now past 400 kids since we started the initiative five years ago.”

“We extend a BIG Thank you to Mr. Rob Picton and KRP for sponsoring our Onchaminahos students and staff to attend another Oil King’s game.  ay-hay!” concluded Principal Cardinal.

Oil Kings General Manager Kirk Hill lauded the event and commended all the teachers for managing thousands of students to the rink and back safely. “The energy the kids brought from the day off school paid off for the boys,” he said on TSN online. “It’s great, around the league the majority of the teams are doing it now and it’s great to see the kids here having fun.” 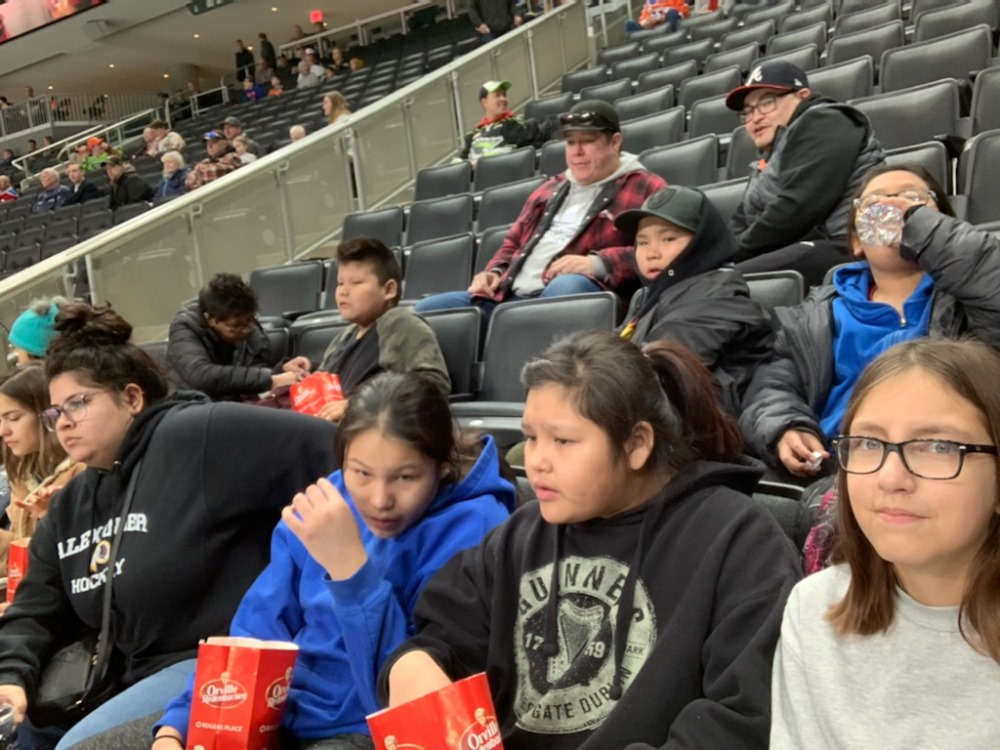 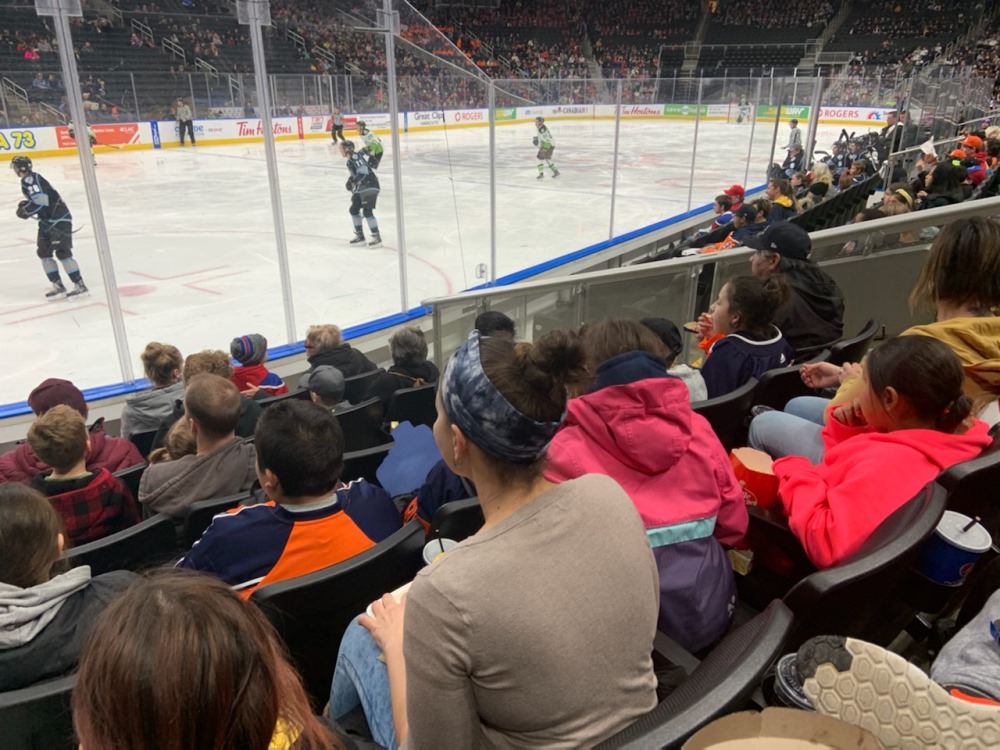