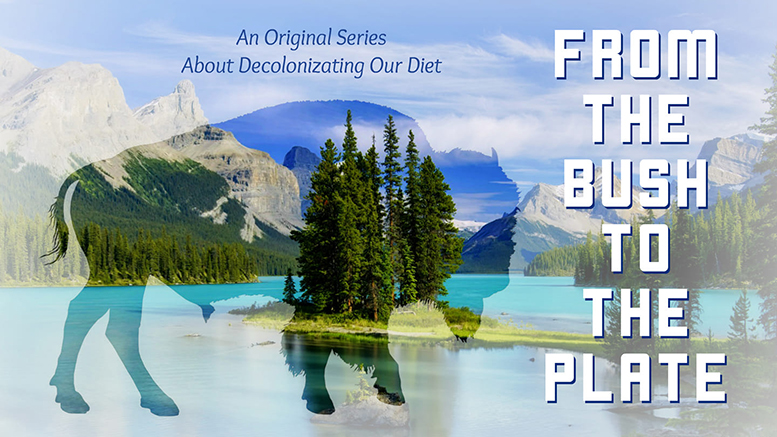 (ANNews) – Barbara Dumigan-Jackson and Lyndon Suntjens, two Indigenous filmmakers, won a Telus Story Hive Grant to create their documentary From the Bush to the Plate. The grant itself is valued at $20,000. Telus Storyhive is a competition in which filmmakers compete for the grand prize of getting their entire series made.

When asked about the beginnings of the project, Barbara had this to say: “I’ve had this idea for a while. Seeing Lyndon hunt over the years, I’ve just always been curious about the whole process that goes into hunting an animal.” The documentary was started when Barbara asked Lyndon “what it was like to eat like our ancestors?”

The documentary came from a need for educational resources regarding the pragmatics of traditional diets. Since the creators are both teachers, they thought that some new learning material was not only needed, but wanted.

“We’re starting off with the hunt. So, we’re going out into the bush, we’re hunting the animal, and hopefully it’ll lead to hunting other animals and fishing. But we hunted a moose in the pilot and showed the process of the hunt. We showed our traditional ways, like giving thanks, giving an offering, saying a prayer. We headed out to kill the animal; we show how we process it: skinning it, gutting it, etc; and the last phase is the feast, which consists of Barb and myself, some friends, and everyone who worked on the film. We had a pipe, a feast, we had some dancers come in to dance and yeah, it has been quite a process.” Lyndon said.

During the processing of the animal, From the Bush to the Plate provides an in-depth look at the technicalities and uses of animal parts. “We talked about what the hide would be used for, how you preserve it, how to de-bone, we talked about the different parts and how you cut them up and turn them into roast, we talked about using every part of the animal.”

This isn’t your usual, run-of-the-mill, Anthony Bourdain-esque cooking show either—in fact, the creators don’t even view it as a cooking show. “It’s different than a cooking show because we’re not focusing in on the cooking. We’re focusing on the whole process—getting the animal and bringing it home to eat.”

From the Bush to the Plate is sticking to a traditional type of diet, meaning it will be as authentically Indigenous as Lorne Cardinal in Corner Gas. “We stuck to our traditional foods that we would’ve eaten 200 years ago, before contact.”

Lyndon stated, “When I moved to the city, I noticed a big disconnect between my students and my family with the land. I’ve been brought in to Edmonton Public Schools to share my knowledge of land-based teachings and that has been quite an experience because some students don’t leave their houses or their apartments. They’re disconnected from their traditional roots. Making that connection in students has been a priority of mine.”

To make the second round of voting and to be seriously considered as a major contender, it is recommended that the project accumulate at least 1,000 likes on Facebook. “We’re going to be going up against 19 other directors and projects.”

“We have a Facebook page called ‘From the Bush to the Plate,” and the more likes we get and the more people that are interested gets us more publicity. It allows for more screenings, more showings. It helps us win the Grand prize of getting the whole series made.”

The release date is June 2021. Telus will release it on Telus TV and their YouTube channel. “We have to be completed before the end of June [2020]. So, we’ll be taking it to film festivals and we’ll be doing a few screenings. Barbara and I are teachers so we’re going to show it at schools, Grant McEwan, and there’ll be other showings throughout the year as well.”