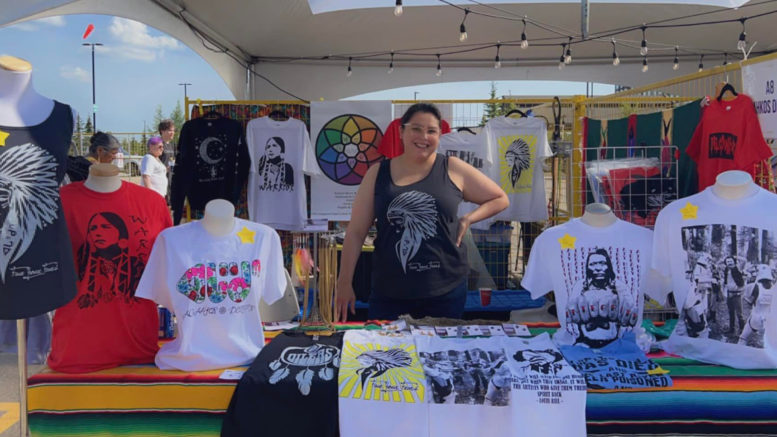 (ANNews) – Summer is powwow season and that means more opportunities to showcase Indigenous artisans and designers.

Rhonda Johnson is one of the talented designers whose fashions will be on display at various markets this summer. She was featured at the River Cree Night Market last month and during Western Canada Fashion Week (WCFW) this past spring in two locations in Edmonton. The first location was at Chez Pierre for Global United and the main event happened on May 27-29 on Europa Boulevard in West Edmonton Mall.

In recent years, Johnson has been making a name for herself with her fashion brand called Acahkos Designs. She also recently completed the first-ever Indigenous Haute Couture Design Residency offered at the Banff Arts Centre with nine other top Indigenous designers.

“I was one of over 136 applicants to be selected to participate in the first-ever Indigenous Haute Couture Design Residency (IHCDR) offered at the Banff Arts Centre,” said Johnson. “Ten designers came from one end of Canada to the other.”

She explained that during this residency, she was able to have much-needed solitude away from family life and focus on design. “While in Banff, we were taught about sustainable [designing] – upcycling, and reusing garments and fabrics,” said Johnson.

Her experience at IHCDR was a pivotal turning point in her design life, and it was also part of her personal healing journey. 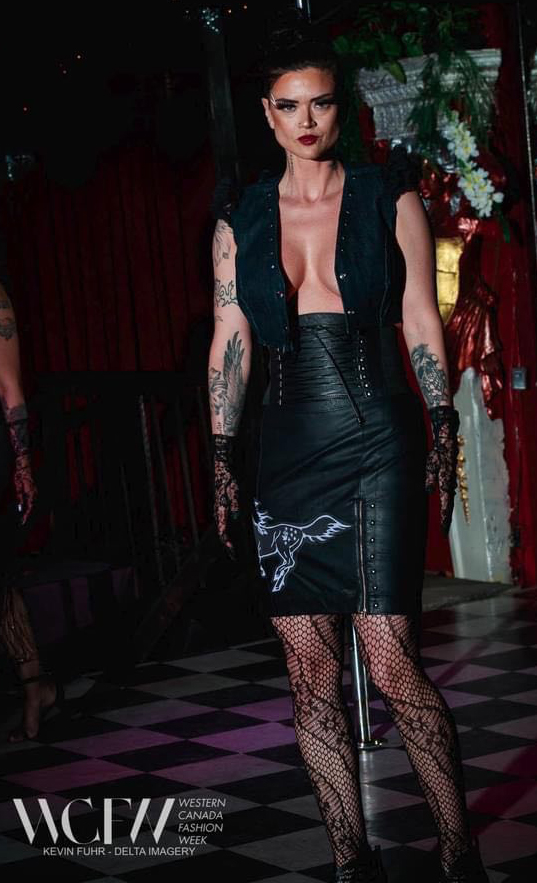 “I was introduced to different styles of designing, and it opened new eyes, from new sewing techniques and mediums,” she said.

Johnson presented her “Flag Me!” collection at the Chez Pierre venue, and she went out of her comfort zone to create the collection.

“This was not my usual ribbon skirt or gown design style,” she added, it was an 18+ collection.

She said she upcycled old flags that she’d ordered years ago and others that she had in her own collection. The designs had been in the works for over 10 years.

She said the “Flag Me” name is also fitting because of how risqué the collection and show were.

“I was introduced to the more alternative punk designs and music when I was in fashion school,” said Johnson. “So many of my classmates were of this genre, and it was a design style I’ve always wanted to explore.”

She says designing is all about expanding and being diverse. It’s about creating and exploring artistic ways and styles, going beyond, and pushing boundaries.

“I couldn’t have executed my vision without my models – they are so fearless and open-minded,” said Johnson. 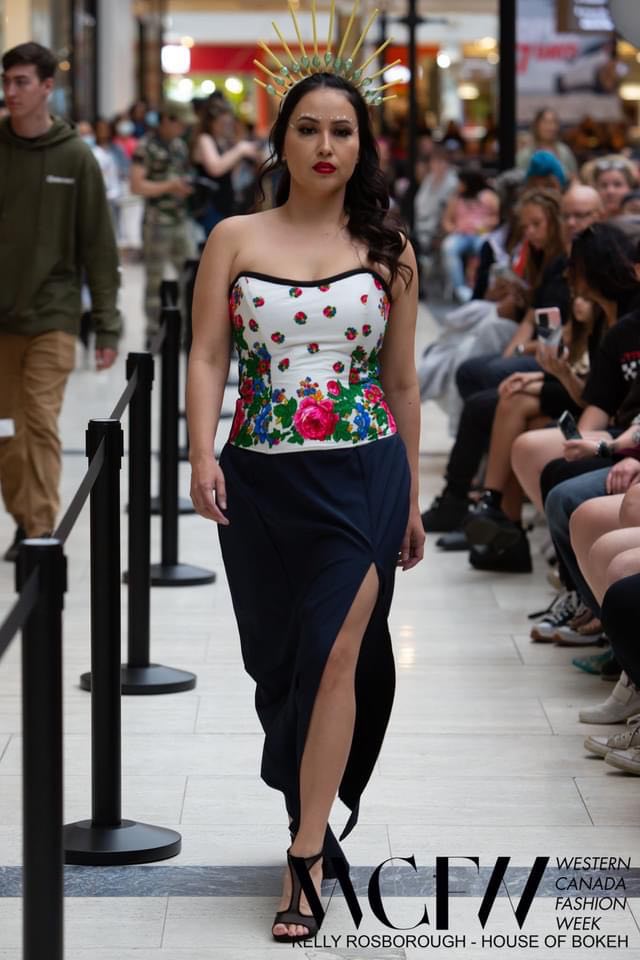 “It was a blast! It was daring and risqué with a touch of glam – it’s always glamorous and will always turn heads.”

In her new collection titled Nohkom Couture, Johnson says she was able to purchase a roll of fabric from a thrift store and design half the latest collection from it.

Also, using screen printing, she inserted Cree Symbols into each design to distinguish them from the others. Rather than outsourcing, she did all the printing and screen printing; this way she ensured the products are 100% locally made, sustainable and ethical.

“I reused the Kokum Scarf remnants from all the leftover material from ribbon skirts,” she added, and reused the thrift store fabric.

“Our people always believed in reusing and not wasting anything,” said Johnson.

Nokomis Couture collection focused on florals, colors, and repurposing, “and of course, making it glamorous, the way our grandmothers always did,” noted Johnson. “No matter what little they had, they knew how to dress up to the nines. Every pleat was pressed; lipstick was red and no hair out of place.”

Johnson plans to “keep venturing down the road of repurposing and reusing.” She is currently on a search for old Mosom Pants and she hopes to design a men’s line soon.