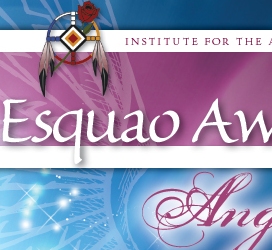 The Institute for the Advancement of Aboriginal Women (IAAW) will host the 19th Annual Esquao Awards Gala at the Coast Plaza Hotel and Conference Centre in Calgary, Alberta on May 22, 2014. This year’s event, which is being held in Calgary for the very first time, will honour 14 Aboriginal women who have contributed to the success of communities throughout the province. The annual event, unique in that it is non-competitive, honours Indigenous women who have been nominated by their communities in categories that include Arts & Entertainment, Performing Arts, Business, Trades & Technology, Community Involvement, Social Services & Advocacy, Literature & Visual Arts, Justice, Education, Health & Medicine and Culture and Lifetime Achievement and Service to Country and Community. 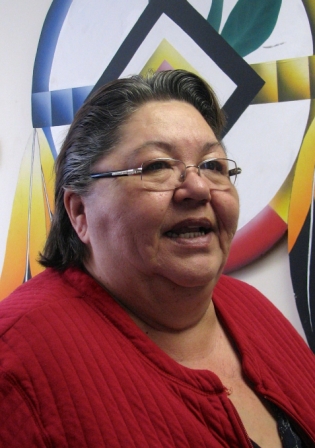 “This award,” explained IAAW Community Coordinator, Marggo Pariseau, who along with IAAW President Muriel Stanley-Venne, founded the prestigious award program back in 1995, “is given to an Aboriginal woman in a leadership role who continues to advocate for other Aboriginal women and the issues they face. The award is given to a woman who has persevered, who has maintained her stead and set positive examples for all of us, particularly for our young women and girls.”

This year that woman is Dr. Marie Smallface-Marule, a member of the Blood Tribe of the Blackfoot Confederacy. An outstanding educator who has dedicated her career to Aboriginal education, Dr. Smallface-Marule is the founder of the First Nations Higher Education Commission of Alberta and currently sits as the president of Red Crow College. During her career Marie has taught at institutions that include the University of Alberta (Politics and Economic Development) and the Nicola Valley Institute of Technology (Community and Literacy) and has served as the Executive Director of the National Indian Brotherhood and as Chief Administrator of the World Council of Indigenous Peoples.

Pariseau said that “there are many deserving women in our communities, unsung heroines that seldom receive the recognition they deserve. I know we can’t honour them all with an award, at least not all at one time, but the awards we do present, and the ongoing Esquao Leadership Program offered through the IAAW, continue to strengthen the capacity of both rural and urban Alberta Aboriginal communities. Both of these endeavours are designed to build and bolster self-assurance, self-determination and the sense of pride that comes with being a role model for your family, your community and your country.”

The Esquao Awards, founded in 1995, began as a vision, an idea conceived by two women who wanted to honour their peers and create an awareness throughout Canada that Aboriginal women are making positive differences on many fronts, including health, justice, education, culture, business, the arts, and more.

“The initiative to develop and maintain an ongoing program that honours the efforts and accomplishments  of Aboriginal women across Alberta began with a simple desire to honour the women that Muriel and I had worked with over the years, women who made and continue to make positive differences in their communities,” explained Pariseau. “Our first gala was held at the old Seventh Street Plaza; we had a difficult time getting sponsors and getting the attention of the community. We had 75 seats for that first Esquao Awards event and we couldn’t fill them. The first Esquao Award recipients included Clara Woodbridge, Alvina Strasbourgh, Nellie Carlson, Marge Johanson and Bertha Clark-Jones.” 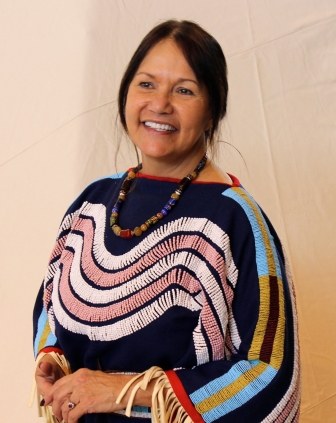 Dr. Linda Many Guns is a professor at the University of Lethbridge who teaches in the area of Aboriginal Law. She uses the symbols of her Blackfoot culture in the classroom.

The momentum began to change after the first year and the organization has never looked back.

“Hard work, dedication and some real determination to honour Aboriginal women who are contributing and making a positive difference in their communities is what it took,” added Pariseau. “We knocked on doors, we made our phone calls and we sent out our faxes and over the next two years we began to see the interest bloom and the sponsors begin to get on board.”

Last year 650 people attended the awards gala, a number indicative of the fact that the Esquao Awards have grown to become the largest sponsored event that recognizes the achievements of Aboriginal women in Canada.

Marggo credits IAAW Founder and President Muriel Stanley-Venne for doing the brunt of the leg work and for getting commerce, industry and government on board, and the entire IAAW staff for their “ongoing commitment to the organization and to the Aboriginal women of this province.”

She also credits the hard work carried out by the IAAW Provincial Circle of Honour Elders. The number of women receiving an Esquao Award at the annual gala has varied over the years, with as many as 49 and as few as 14.

“In recent years that number is usually between 14 and 16,” noted Pariseau. “There is no competition; when a community nominates an Aboriginal woman and supplies three letters of support, she will be honoured. Women are chosen for the accomplishments they have made, not for the field of work they are involved in. This policy had worked extremely well and has helped to reduce the divisions among First Nations and Métis women; we recognize the ‘Angels Among Us’ – and us means First Nations, Métis and Inuit, Canada’s three distinct Aboriginal peoples.” 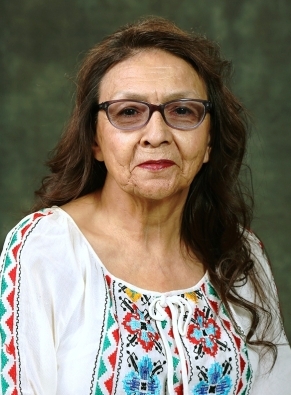 Jeannette Marie McKay is one of the first Aboriginal women to work at a provincial corrections facility. She overcame adversity, racism and discrimination to pursue her career in corrections.

At each annual event, dignitaries that include major corporate sponsors, MLAs, MPs, Métis leaders and First Nation Chiefs present the recipients with their awards.

“This adds a touch of warmth to the evening,” noted Pariseau. “Sponsors and community leaders have the opportunity to personally congratulate these special women; whenever possible we try to match presenters with a recipient who represents their home community. We’ve also been encouraged over the years by the growing number of dignitaries, including many First Nation leaders, Treaty Grand Chiefs, Métis leaders and members of the federal, provincial and city governments who come out to the annual gala to help us celebrate the successes achieved by Alberta’s Aboriginal women.”

The IAAW keeps in touch with several chapters in various Alberta communities. It maintains an ongoing list of services and responsibilities, including referrals to provincial initiatives/services that some may not be aware of. It also provides networking and support services to women who would like to start community development activities in their area. The organization has a series of workshops and training opportunities that will equip these local leaders with information and training.

The 19 year old organization also delivers a 16 week skill development program to assist in addressing the barriers to employment and/or further education. Components of the program include self-development, budgeting, human rights education and work exposure.

The IAAW is also developing agreements with private industry to hire Aboriginal women graduating from its programs. A series of workshops with guest speakers skilled in the art of public speaking, effective communication and meeting etiquette, have also being developed.

IAAW has integrated financial education into all its programs as a way to help stimulate and build a sustainable livelihood, an undertaking that drives the organization’s foremost poverty-reduction strategy. Workshops and support services are delivered in a minimum of six communities each year.

Information on budgeting, setting up a savings plan, how to identify scams and repairing your credit are included in this program, which is designed to increase the confidence of Aboriginal women through increased knowledge of the financial services industry.

IAAW is also in a partnership with the Corrections Canada Edmonton parole office to provide community connections, support, encouragement and advocacy to Aboriginal Women in Edmonton.

For more information on the Esquao Awards 19th Annual Gala and to learn more about the IAAW and the work it is doing in your community, visit www.iaaw.ca or call 780-479-8195.