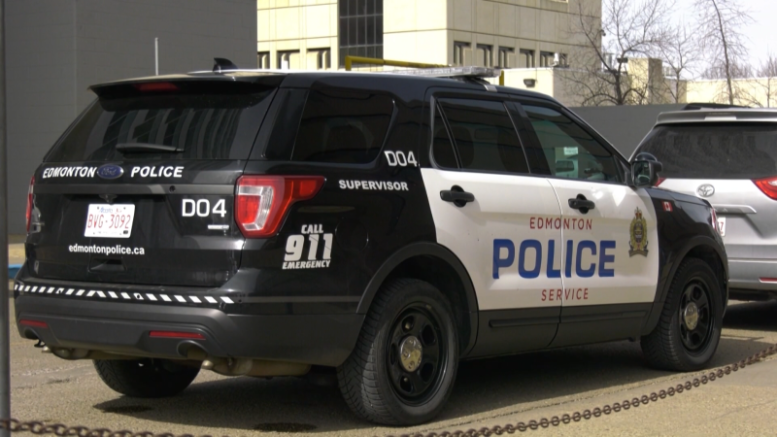 (ANNews) – On August 26, an Alberta Provincial court judged ruled that Edmonton Police Officer, Const. Michael Partington, was found guilty of assault in the arrest of Indigenous man, Elliot Mcleod, in 2019.

While the officers involved in the arrest provided testimonies attempting to rid themselves of any wrongdoing, Provincial Court Judge Peter Ayotte rejected their narrative in an eight-page ruling that found the officers’ testimonies unreliable, self-serving, and fabricated.

The reason the officers’ testimonies were found to be fake was because of a bystander’s video depicting the arrest.

During the hearings, Crown Prosecutor Carla MacPhail found fabrications in the officers’ narrative and accused them of fabricating a story to justify the assault after they learned about the existence of the bystanders video.

She argued that Partington omitted key details in his official reports because he was unaware of the video recording of the arrest.

Judge Ayotte agreed with MacPhail by saying, “Given what (Partington) knew and then saw when he arrived, there was no necessity for an assault at all. There was nothing he heard on the radio to suggest urgency. He had no reason to think there was a fight in progress.”

The arrest video was released approximately eight months after the assault, during the height of the Black Lives Matter and Defund the Police protests.

In short, the video depicts the two officers, Const. McCargar and Const. Partington, assaulting a screaming Mcleod — with one of the officers (Partington) even jumping on his back with his knee.

The entire situation was caused by Const. McCargar’s need to stop Mcleod because his bike didn’t have a bell — something which McCargar emphasized in his testimony as a “bylaw infraction.”

During the hearings, McCargar received lots of heat for his clearly false testimony, with Judge Ayotte saying, “I found the bulk of McCargar’s evidence extremely self-serving and principally aimed at justifying his own conduct and maximizing that of Mr. McLeod.”

“Instead of just answering the questions put to him, he often amplified them by telling me what was going on in his own mind, the so-called ‘what ifs’ referred to by Crown counsel in argument.”

McCargar tried to convince the court that he was in fear of his safety while also confessing to tackling Mcleod off the bike and punching him four times in the back of the head to gain compliance, something which is illegal in combat sports such as MMA because it is dangerous to fighters.

McCarger then called Mcleod a “fat f—“ and a “Motherf—r.”

Partington has been suspended without pay since he was charged last year.

The Crown and defence will making sentencing submissions on October 1 and Mcleod is expected to make a witness impact statement.

However, McCargar is still with the Police Service and as far as reports go, he is still working.