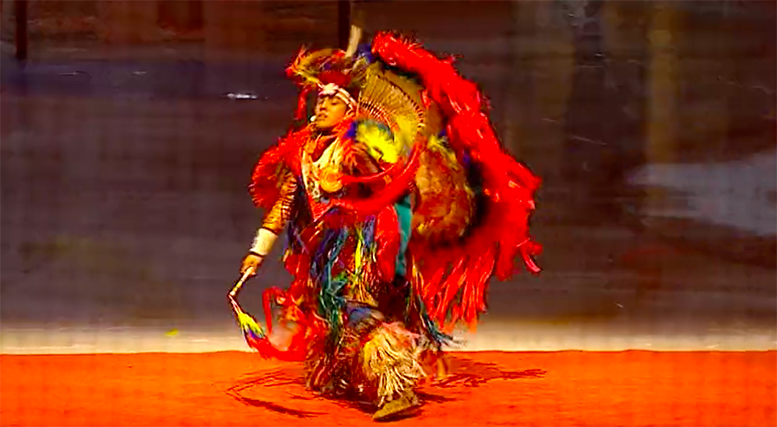 (ANNews) – On Monday, November 1, 2021, a spectacular Indigenous Celebration Night took place at Edmonton’s Rogers Place, hosted by the Edmonton Oilers at the Edmonton vs Seattle game.

The event launched a beautiful turtle Island logo for the Edmonton Oilers created by their new Indigenous consultant Lance Cardinal. 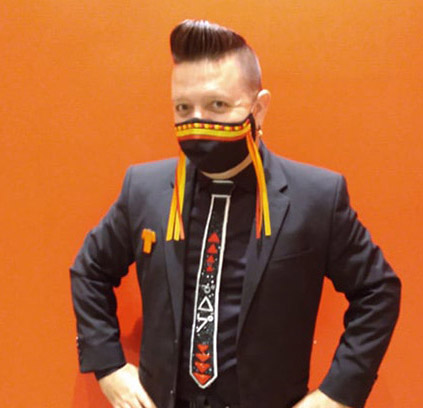 In a press release the Edmonton Oilers said, “for the upcoming 2021-22 regular season, the Oilers will introduce land acknowledgments at the start of every home game, recognizing that the organization lives, works, and plays on the traditional territory of many First Nations.”

Cardinal, who is from Bigstone Cree Nation, said the Edmonton Oilers approached him to design a new logo. They were impressed with the medal he created for the World Rugby’s Canada Sevens Series champions in September.

He said the Oilers were also unsure how to create a Treaty 6 land acknowledgment. They approached Cardinal with an offer to be their new Indigenous consultant.

“They wanted to create a new relationship with the Indigenous people of Edmonton,” said Cardinal.

He said there is a new movement toward authenticity in reconciliation. “I said let’s make this Treaty 6 land acknowledgment from our voice,” said Cardinal. “Let us speak it, and let’s say we welcome you here to our land – from our perspective. That’s why we wrote it in first person and not third person.”

Cardinal explained having a Treaty 6 Chief read out the land acknowledgment would be a powerful image. And on November 1 at Rogers Place, it certainly was.

It appeared on the big screen displayed in Cree syllabics and English and was delivered by renowned and respected Grand Chief Wilton Littlechild.

“The recognition of our history on this land is an act of reconciliation and we honour those who walk with us,” said Chief Littlechild, who is from Maskwacis Cree Nation.

The Indigenous Celebration was a wonderful experience for everyone in attendance. Darrell Bretton, in vibrant regalia, performed an incredible fancy dance that included a high level of athleticism and footwork. He was amazing.

When asked what it was like performing at the Oilers game, Brertton replied, “It was unbelievable, it was like a dream come true. Ever since I was a little boy, growing up in the city my whole life, and coming to Oilers games – being on centre ice and performing and having all eyes on me. It was unbelievable. I owe it all to Creator, because Creator does a lot of work behind the scenes.”

Brertton said that it was an honour to perform and that he encourages all Indigenous youth to participate in powwows and embrace their Cree culture.

It was also a special night for Cree anthem singer Kiya Bruno, who is from Samson Cree Nation. She said, “It was a great moment to sing the national anthem in front of all the Oilers fans.”

The event was a success for everyone in attendance – and the Oilers beat the Kraken 5 to 2.

Click here to view the land acknowledgement, Darrell Brerrton’s stellar performance, and Kiya’s beautiful rendition of the national anthem in Cree and English. 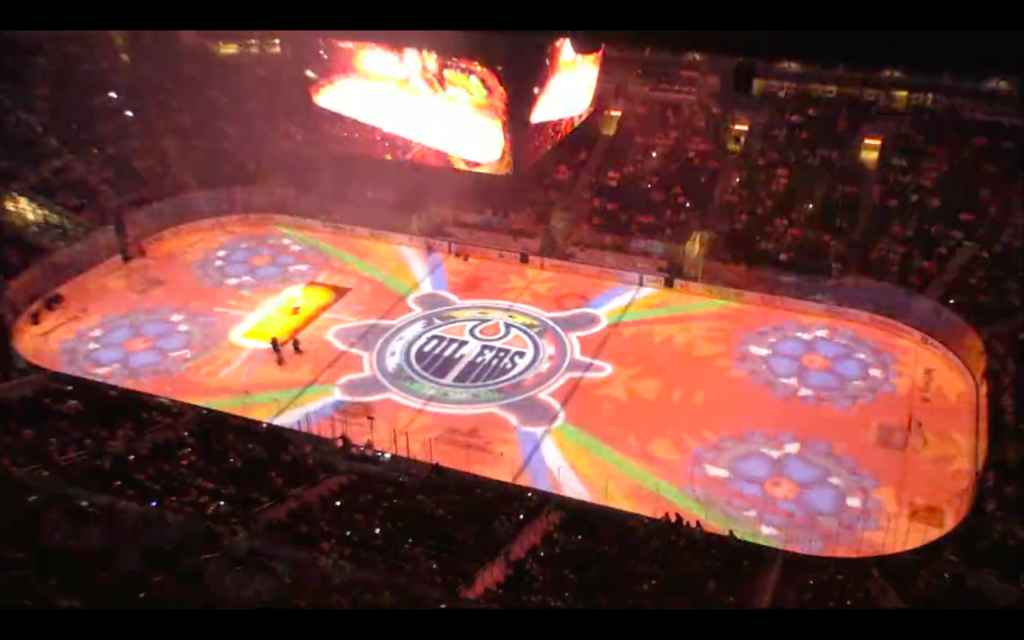