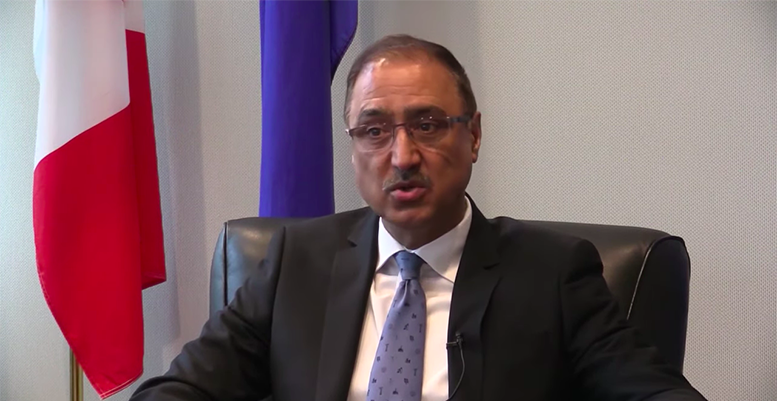 (ANNews) – In late March 2022, the city of Edmonton heard calls to action from Indigenous people and advocates regarding the crisis of Missing and Murdered Indigenous Women (MMIW) in Canada.

Alberta Native News reporter Chevi Rabbit was present at the city hall meeting and made headlines when she spoke about the violence that 2SLGBTQQIA people in the city face, saying she feels “hunted.”

“There’s decades of my life trying to make the city a better place. It doesn’t really seem like it’s really following through,” Rabbit said. “There’s this overall lack of awareness within these systems that are supposed to protect us. They feel more like they’re trying to break us.”

The MMIW crisis exists in North America from coast to coast and has affected Indigenous people in every province.

In fact, the Native Women’s Association of Canada (NWAC) has said that violence disproportionately affects Indigenous women across the country.

For example, between 2000 and 2008, NWAC stated that Indigenous women accounted for 10 percent of all female homicides in Canada — while only representing about 3 per cent of the country’s female population.

The city of Edmonton has the second-largest urban Indigenous population in Canada, boasting approximately 76,000 Indigenous people in a 2016 census.

Mayor Amarjeet Sohi, said of the crisis, “I don’t think we can continue to ask community [members] to step up and share painful stories of trauma. I believe them,” he said.

“I think we have talked enough. There is enough that we can do, and I will be looking to city administration, asking them to come up with an action plan that we can start implementing right away.”

Then on April 6, 2022 the City of Edmonton announced the creation of an Ombudsperson that will “represent the interests of Indigenous families, survivors, and communities by investigating and addressing complaints of racism, discrimination, maladministration or violation of rights.”

Additionally, the council is currently creating a detailed action plan to combat the MMIW crisis.

They have released some initiatives, which have been placed into two separate categories: short-term actions and long-term actions.

Short-term actions include: uplifting grassroots work and voices of Indigenous communities and advocates; supporting and bolstering work already in place to address the MMIW crisis; and supporting the reclamation of traditional roles of Indigenous Elders/matriarchs, women, girls and 2SLGBTQQIA as leaders in their respective communities.

Medium to long-term actions include: Developing a strategic plan for trauma-informed Indigenous awareness/anti-racism training; funding for Indigenous hubs/cultural centres; implementation of an Indigenous housing strategy; creating an ombudsperson; and developing an Indigenous evaluation matrix for city delivered programs and policies; among others.

Mayor Sohi said of the Indigenous experience, “No other community has gone through the pain and the trauma and the marginalization, both at the personal level but at the institutional level … (But) communities still live on and continue to thrive, and that is the resiliency that we need to celebrate, and that’s the resilience from which we need to learn.”