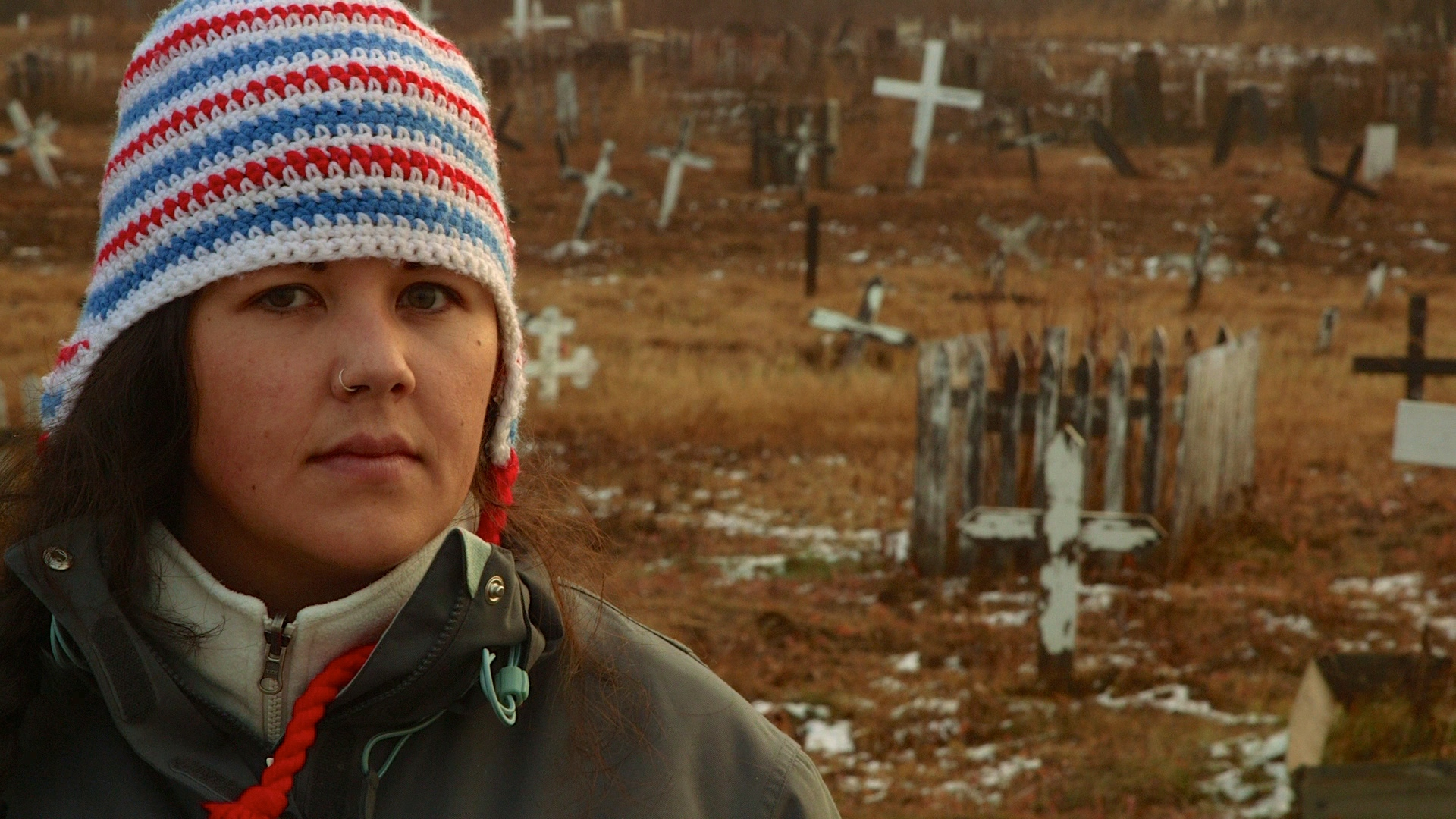 Rosy Steinhauer has had a busy year. In April she travelled to Montreal to participate in the Truth and Reconciliation Commission’s (TRC) hearings; in May she made her way to Winnipeg and at the beginning of June she travelled to Red Deer where she attended the TRC’s “Share Your Truth” event. Later that month she was in Ottawa, gathering objects for soon-to-be completed Witness Blanket Project, an initiative developed by 38 year old Kwagiulth artist and Master Carver, Carey Newman.

In July, Steinhauer attended an Elder’s gathering in Prince George, B.C. and then travelled to the Yukon before making her way to North Battleford, Saskatchewan for the National Association of Friendship Centre’s Annual General Meeting. In August she got married and a month later made her way back to B.C. to attend the provinces national TRC event. The end of September found her in Inuvik and Aklavik and in October she made her way to northern Alberta.

As the National Coordinator of the historically-important Witness Blanket Project, Steinhauer has travelled extensively throughout the country meeting with and talking to thousands of Indian Residential School survivors and their families as she searches for important memorabilia and artifacts that will be used to enhance the goals behind of the project.

“I feel very fortunate to be part of the project team and part of a project of this magnitude,” she said in a recent interview from her home in Victoria. I have witnessed the impact of Residential Schools, not just in my own family, but on Aboriginal people across Canada. I hope that through this project, all Canadians can learn more about the true history of the Residential School era.”

Rosy Steinhauer, the daughter of Stewart Steinhauer and grand-niece of former lieutenant-governor and residential school survivor Ralph Steinhauer, is a member of the Saddle Lake Cree First Nation. She earned her Bachelor of Arts degree with a major in Political Science and a minor in Canadian Studies at Mt. Allison University in May of 2007 and has spent the past five years working for the B.C. Association of Aboriginal Friendship Centres in Victoria.

“I put great value on all of the knowledge and experience I gained while working for the Friendship Centre movement,” she said, “just as I put great value on the work I am doing now with the Witness Blanket Project. It is an honour to be able to work with Carey and the Witness Blanket team on this monumental and historic project. It’s an amazing concept. When Carey started working on the project I worked with him on the proposal. This project is inspirational and very important in that it will allow Canadians from across this country to finally understand what the Indian Residential School system was all about.”

The Witness Blanket project is a monumental undertaking and one of several commemoration initiatives chosen by the Truth and Reconciliation Commission to help fulfil their court-ordered mandate to inform all Canadians about what happened in the 150-year residential school history and to guide and inspire a process of reconciliation and renewed relationships based on mutual understanding and respect.

When the artistic creation is completed early next year it will look like a blanket but it will be a far cry from what we’d normally consider to be “blanket-sized.” In fact, Carey Newman’s goal is to collect 2500 artifacts that can be, in one way or another, woven into the main fabric of the large-scale installation. The project will be completed by March 2014. The project is on track to be completed by deadline, and items will continue to be collected until sometime next February.

“When the project is completed,” noted Newman (Ha-yalth-kingeme) in an earlier interview, “we expect that it will measure about three meters tall (six-seven feet) by at least nine meters wide (30 feet). The structure will comprise numerous three foot by six foot panels that will be woven together with stainless steel cable, connected in such a way that it can be easily taken apart and put back together again. The hope is that the Witness Blanket will travel to different communities in different parts of the country, therefore, it needs to be fashioned in a way that allows for easier transportation.”

The blanket is culturally significant and recognized in the Aboriginal community as a symbol of protection and strength. “The project was inspired by the woven blanket,” explained the artist, who noted that the Witness Blanket will “include items reclaimed from that era of Canada’s history and will stand as a national monument to recognize the atrocities of the IRS-era, honour the children and to symbolize ongoing reconciliation.”

Newman credited the work that Steinhauer has done while working with him on the project. “Rosy has done an incredible job of coordinating this enormous collection process. Her passion, dedication and clear minded organisation have made this project possible. I am incredibly fortunate to have her on this team.”

The blanket will include an array of items that have been gathered from across the country such as wood, shingles, brick, glass, metal, books, photographs and other materials from residential school sites and affiliated structures including churches, courthouses, government buildings and traditional and cultural structures.

While Steinhauer visits communities across western and northern Canada in search of pieces that can be added to the Witness Blanket, her efforts are duplicated in the eastern regions of the country by her counterpart, Marek Tyler, an Onion Lake Cree Nation resident who has been collecting pieces of history for the project in northern Quebec, Newfoundland, Nova Scotia, Eastern Ontario and southern Manitoba.

“The team work and camaraderie within the group of assistants, apprentices and administrative personnel involved in the Witness Blanket has added even more value to this wonderful project,” she emphasized. “I’ve talked to as many as 15 or 20 thousand people this year and I’ve visited 50 or 60 sites. Some of the old schools have been torn down, some even burned to the ground, but in some communities the old buildings have been renovated, revamped and reopened to create a positive space for community members to come together. In one northern community the people have taken an old hockey rink and turned it into a series a wonderful garden plots where the community can come together and participate in meaningful projects that in their own way help to lessen the memories of the past while adding hope to the future.”

The response has been outstanding in every community the Steinhauer has visited. “From community members to church and government officials, the response has been fantastic,” she noted. “Almost everyone I’ve talked with realizes the significance of this creation and the difference it can make when Canadians are able to get an up-close-and-personal look at what the Indian Residential School system was all about. There is only so much money available to work with so we can’t take camera crews out to every location we visit, but whenever possible we do just that. Ideally, what we’d like to see is an interactive display where people can zero in on any one object and learn about that piece, and those who donated it, by watching a video or by listening to the story linked to that particular object.”

The final resting spot for the Witness Blanket has not yet been determined, but it is hoped that one day the installation of art will find a permanent home, perhaps at a yet to be created Residential School Museum, or at the University of Manitoba or University of British Columbia’s National TRC Research Centre.

The Indian Residential School system was a federally-led plan to assimilate Aboriginal peoples into mainstream western culture; it failed miserably, but the serious damage it created within Aboriginal cultures continues to plague Aboriginal citizens and communities today. There is an end in sight and the beginning of that end, the beginning of the real healing, will get underway once all of the stories have been told, their written archives and recordings completed, and sometime in the next year, made available so that all Canadians will be able to learn the truth.

The Witness Blanket project is operating on a budget of nearly one million dollars, most of which comes from Aboriginal Affairs and Northern Development Canada. Once the work has been completed Carey Newman would like to see it move across the country to visit both the communities affected by the residential schools and the communities who have helped to supply the artifacts being used to create the Witness Blanket.

Newman said he is “humbled and moved by the pieces and stories we have been entrusted with.  I look forward to the building process with an uplifted heart and an inspired mind. Gelakas’ la to everyone who has supported us along the way.”

To learn more about the Witness Blanket project and how you can participate, see the website at www.witnessblanket.ca.