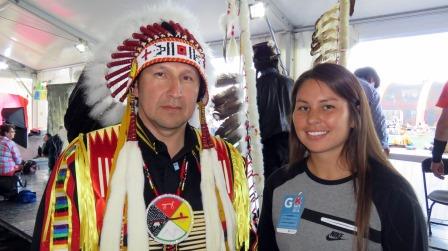 (February 2019) – “The federal government is failing our communities once again,” stated Chief Tony Alexis. “Service Canada is pressuring Nations in Alberta to sign a 10-year agreement that would leave thousands of Indigenous people without access to employment and training services, services that are readily available to all other Canadians. We are being forced to give up the control over the success of our people.”

According to Chief Alexis, “The documents provided showed no partnership or act of reconciliation and are expected to be signed by March 29 without ample time to legally review all components of the agreement and its Terms and Condition. The Liberal Government has once again failed to work ‘Nation to Nation’ and continues to bypass the legal rights of First Nations.”

Service Canada plans to roll out the Indigenous Skills Employment and Training Program on April 1 2019. “The agreements were endorsed by the Assembly of First Nations (AFN),” explained Chief Alexis, “an organization who does not have the authority to endorse agreements or funding arrangements on behalf of First Nations of Alberta.”

In May 2018, the Auditor General found the federal government’s inability to improve the lives of Indigenous people was an ‘incomprehensible failure.’

“After many empty promises, First Nations continue to be left behind and not considered equal partners,” concluded Chief Alexis. “Once again, I urge Prime Minister Justin Trudeau to call a crown meeting to show respect for the true government to government relationship that he mentions so often.”

Be the first to comment on "Chief Tony Alexis: Pressure to sign funding agreements leaves Nations with hands tied"