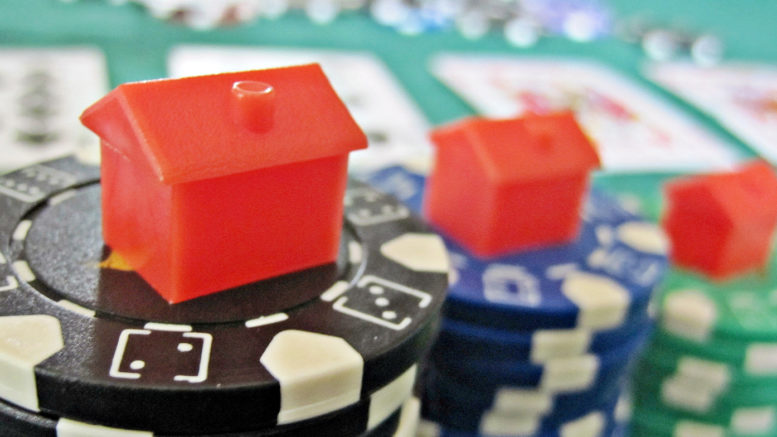 The rules and regulations regarding online gambling are changing in Canada, and markets are being shaken up. While this will undoubtedly impact casinos in Alberta, it’s not all bad news!

A significant change came to the Canadian gambling industry on August 27, 2021, with the passing of Bill C-218. The new bill amends the Canadian Criminal Code to end the prohibition of single-event sports betting in the country.

Before the bill, Canadians were only allowed to place parlay bets, which severely limited Canadians’ ability to engage in sports betting.

What Does This Mean for Casinos in Alberta?

As we wait to see how things play out in Ontario, efforts are already underway to launch similar initiatives in Alberta. So far, these efforts have been met with some criticism, particularly among some First Nations casino operators.

The last couple of years have been a tumultuous time for First Nations casinos, primarily due to mandated closures caused by the COVID-19 pandemic. Amid these closures, the Alberta government launched “Play Alberta,” an online gaming site offering virtual slots and casino games.

Some saw this as an overstep and a conflict of interest in the casino industry. The Tsuut’ina Nation and the Stoney Nakoda Nation, two operators of Indigenous-run casinos, even sued the province in April 2021.

The first phase of the proposal process closed on January 31, 2022, but more phases are sure to follow. The AGLC has also said it is observing how other provinces’ online gambling launches play out. They hope that Alberta’s online products will be available to consumers by the end of 2022.

Thus far, it seems the province has learned from their Play Alberta misstep. The AGLC has made it clear they have since been working with the casino industry as well as the Alberta Sports Coalition in its efforts to enter the market.

This inclusion of the province’s most prominent sports teams shows a different approach from both Ontario and Saskatchewan, the only other province currently looking to enter the space for 2022.

Ontario drew criticism, particularly from First Nations casino operators, for their approach to the iGaming launch. Chief Kelly LaRocca of the Mississaugas of Scugog Island First Nation pointed out that the province didn’t even consult community members about online gaming.

She said that leaving them out of the discussion “felt like it was a slap in the face” to the community.

However, Saskatchewan has had an entirely different approach to the subject.

In September 2021, the province and the Federation of Sovereign Indigenous Nations signed a Gaming Framework Agreement. With the signing, they announced that all online gaming and sports betting would be regulated through the Saskatchewan Indian Gaming Authority (SIGA).

This agreement will enable SIGA to launch and operate its own website for online casino games and sports betting.

As Alberta works towards entering the iGaming market, there is hope that they can learn from Ontario and Saskatchewan to understand both what works and what doesn’t.

Though it may seem that these new regulations pose a threat to many brick-and-mortar casino businesses, the truth is that Albertans have already been spending their money on the online competition. They’ve simply been doing so in the online grey market that has been operating for years.

One of the biggest reasons for the passing of Bill C-218 was to eliminate the iGaming grey market in Canada. This market saw Canadians playing online casino games and placing bets with offshore casinos. These casino websites have circumvented the law because the casinos were not on Canadian soil, leaving Canadians free to gamble there.

The new regulations aim to bring that money and revenue back to Canada. Additionally, the AGLC has emphasized that its approach “will involve the existing casino and racing entertainment centre industry.”

With existing casinos included in the conversation, there is plenty of potential for expansion into the online space. One crucial element of iGaming Ontario’s launch is that they are allowing Ontarians to gamble out of province online.

This means that the market could open up for Alberta casino operators to cater to the rest of Canadians. That is a vast potential audience for casinos if they expand their operation to include online and mobile platforms.

There is also some promise shown in Saskatchewan’s approach with including First Nations so prominently in their launch. And other First Nations communities may also take this opportunity to assert their influence in the gaming industry.

The discontent from Ontario’s launch has led the Shawanaga First Nation to suggest the creation of an independent First Nations gaming authority in Ontario. This would likely look similar to the Kahnawake Gaming Commission (KGC) that the Mohawk Territory of Kahnawake has been operating since 1997.

With so many changes happening in the gaming space, there has also been much speculation that the government of Ontario will officially recognize KGC as a valid licensing authority. While Ontario’s iGaming launch certainly had a rocky start, it looks as though provincial governments across the country are learning from their mistakes.

Finally, many experts in the space don’t see the introduction of online sports betting and gambling in Canada as a threat to brick-and-mortar casinos. Instead, they believe the expansion will lead to further innovation, leading to job creation in the technology sector. They also hope that the attention given to the new online sphere will result in every part of the Canadian gambling industry being uplifted.

The Canadian gambling industry is undoubtedly changing with the times. With change, there is always some fear, but so far things are looking promising for Alberta and First Nations casinos.

Be the first to comment on "Canadian Online Gambling Laws Are Changing. What Does This Mean for Alberta Casinos?"