With the fate of Bill C-33, First Nations Control of First Nations Education Act, being in question, the Chiefs of Treaty No. 8 [Alberta] are calling on Aboriginal Affairs Minister Bernard Valcourt to work with them, instead of scrapping the bill, to create something that addresses the educational needs of the children of Treaty No. 8. 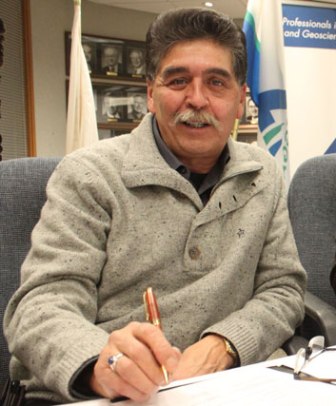 “The Chiefs of Treaty No. 8 [Alberta] definitely had concerns with the Bill but we have always maintained the position that the Minister needs to work with us to get the legislation where it needs to be,” states Chief Richard Kappo, Grand Chief of Treaty 8 First Nations of Alberta. “We have very few opportunities to make such wide sweeping changes in First Nations education and this is definitely a chance to make a difference. However for us, as Chiefs, because this is going to have such a lasting impact we need to make sure that we are getting it right the first time.”

Since the resignation of National Chief Shawn Atleo, the future of this legislation has been in doubt, with some Chiefs from across Canada calling for the new legislation to be “killed.”

“We are not looking for the bill to be killed, that would be premature, but it absolutely needs to be amended,” states Grand Chief Kappo.

The amendments that the Grand Chief is referring to are changes to the bill proposed by the Chiefs of Treaty 8 [Alberta]. They are looking for a solution that respects the individual autonomy of the Nations of Treaty No. 8 [Alberta] and one that builds on the work they have already done in creating their own “comprehensive education system.”

“We took the lead in creating our own education system long before Bill C-33 was even tabled; what we want
out of this education legislation is something that will enhance what we are already building towards,” states the
Grand Chief before continuing, “We need to have an open dialogue with the Minister so we can shape, collectively,
where First Nations education is going in Canada and it must be coupled with meaningful, appropriate consultation.”

“We have been, and still are, asking for a meeting with Minister Valcourt, so we can address these concerns and get
this process back on the right track. I agree with the Minister’s statement that the children are the ones that are
suffering, and so I, and the other Chiefs are willing to meet with him at the first available opportunity. The Minister
just needs to name the time and place and we will be there,” states Chief Kappo.