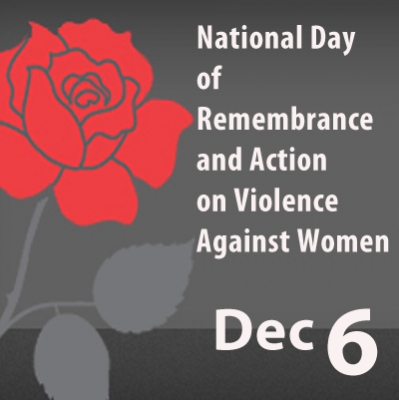 OTTAWA, Dec. 4, 2015 /CNW/ – Assembly of First Nations (AFN) National Chief Perry Bellegarde, together with AFN BC Regional Chief Shane Gottfriedson, is reminding First Nations and all Canadians to take part in a moment of silence Sunday, December 6 to remember the victims and families impacted by the 1989 École Polytechnique tragedy and to commit to action and ending violence against all women in Canada.

“This year I encourage everyone across the country to remember each and every woman who has been victim to violence,” said AFN National Chief Perry Bellegarde. “Many of us know someone who has been impacted directly by violence, so together let’s remember the mothers, sisters, aunts, and daughters who we’ve lost and those who have survived. Let’s honour their spirit support their voices to act for change now. We look forward to working urgently with families, the federal government and the provinces to develop a terms of reference for a national public inquiry on missing and murdered Indigenous women and girls and to coordinate a national action plan to end violence.”

Next week First Nation leaders, Elders and young people from across Canada will gather in Gatineau, Quebec for the AFN Special Chiefs Assembly starting December 8. A strategy and dialogue session will focus on the national public inquiry and processes to move to a coordinated national action plan. It will also include regional and community-based efforts to address and end violence and seek input for planning the second National Roundtable on Missing and Murdered Indigenous Women and Girls. Indigenous Affairs and Northern Development Minister Dr. Carolyn Bennett and Justice Minister Jody Wilson-Raybould have confirmed attendance and Prime Minister Justin Trudeau is also likely to attend, which would be the first time in more than a decade that a Prime Minister has addressed AFN Chiefs-in-Assembly.

“We are committed to ensuring the Government of Canada fulfills its commitment to work directly with families, AFN and other Indigenous and women’s organizations on the terms of reference for a national inquiry on missing and murdered Indigenous women,” said AFN BC Regional Chief Shane Gottfriedson who leads national efforts in this area for the AFN. “Today is a time to remember and commemorate the lives of women lost to violence, and we stand in support of the change required to ensure every single First Nation citizen in this country is safe and secure.”

For more information on support for a National Public Inquiry and work toward an action plan to address and end violence please visit: http://www.afn.ca/index.php/en/policy-areas/i-pledge.-end-violence.

The National Day of Remembrance and Action on Violence Against Women, also known informally as White Ribbon Day, is commemorated every December 6 on the anniversary of the 1989 École Polytechnique tragedy.

Be the first to comment on "AFN marks Dec. 6 as Day of Remembrance and Action on Violence Against Women"